Today’s look back at the first 14 CicLAvias leading up to our 15th event on October 18 sees CicLAvia expanding beyond the downtown streets of our first four routes. The fifth route, which took place on October 7, 2012, took a break away from Hollenbeck Park in Boyle Heights and the Bike District in East Hollywood. Instead, CicLAvia found its way to MacArthur Park and Exposition Park.

In the words of CicLAvia co-founder and executive director Aaron Paley:

“We don’t want to repeat the same route over and over again,” Paley explains. “We want to set the precedent that CicLAvia is not set to one area, and not for just the streets we started out with….This is in effect a harbinger of things to come.”

The “South LA spur,” which left downtown via Figueroa Street, past Staples Center, all the way to USC, came after nearly two years of requests to take the route into South LA (a route fully achieved with CicLAvia – South LA in 2014).  The combination of USC having its own Metro station (which made it possible for people from the Westside to take transit from Culver City to the event) and the Expo Park area having plenty of activities made the route an easy choice.

Tomorrow we will look at our sixth event, which took CicLAvia to new heights, figuratively and literally. For now, enjoy some photos from our fifth CicLAvia: 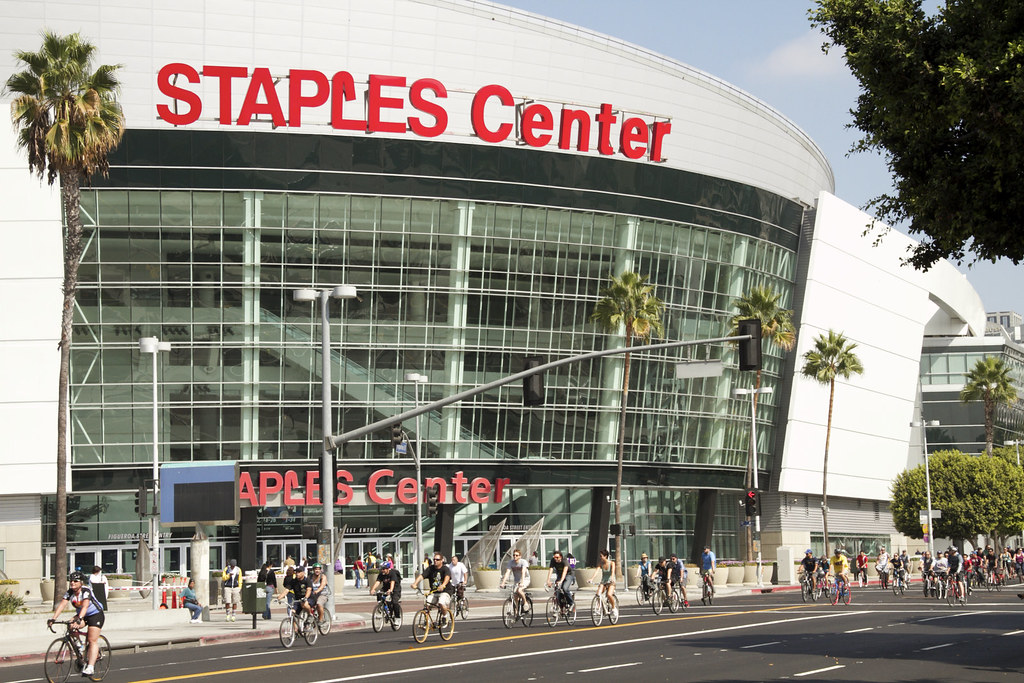 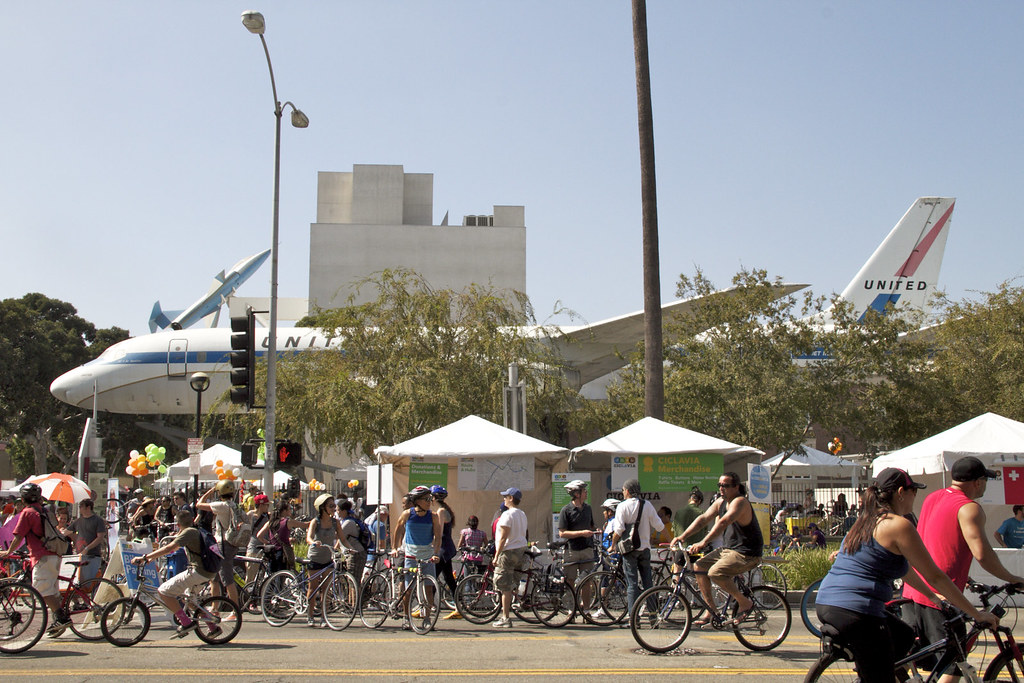 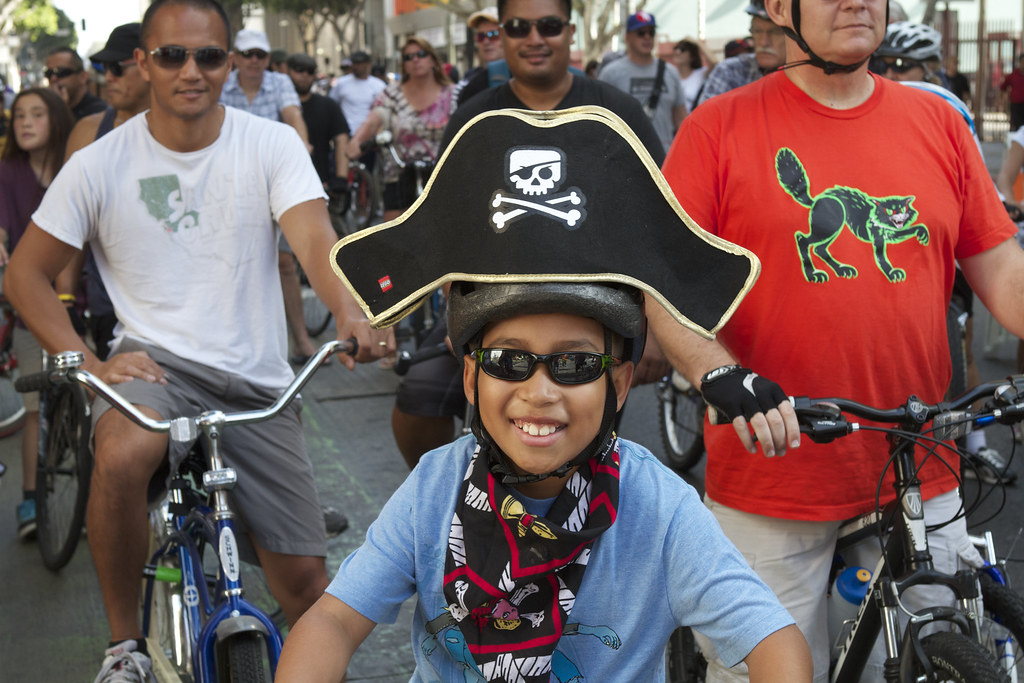 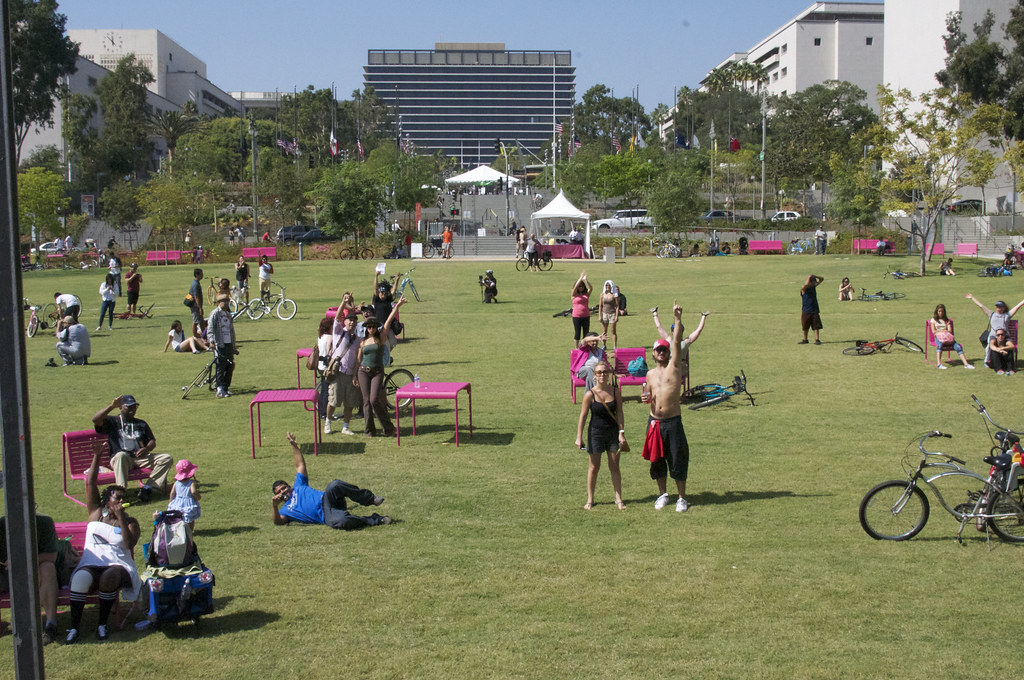 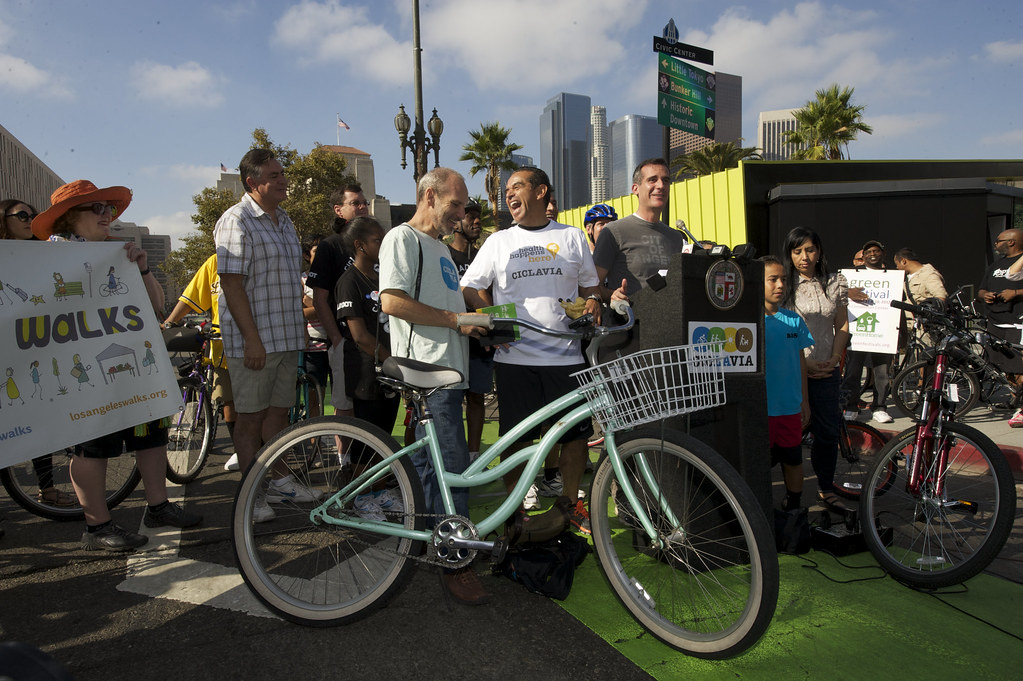 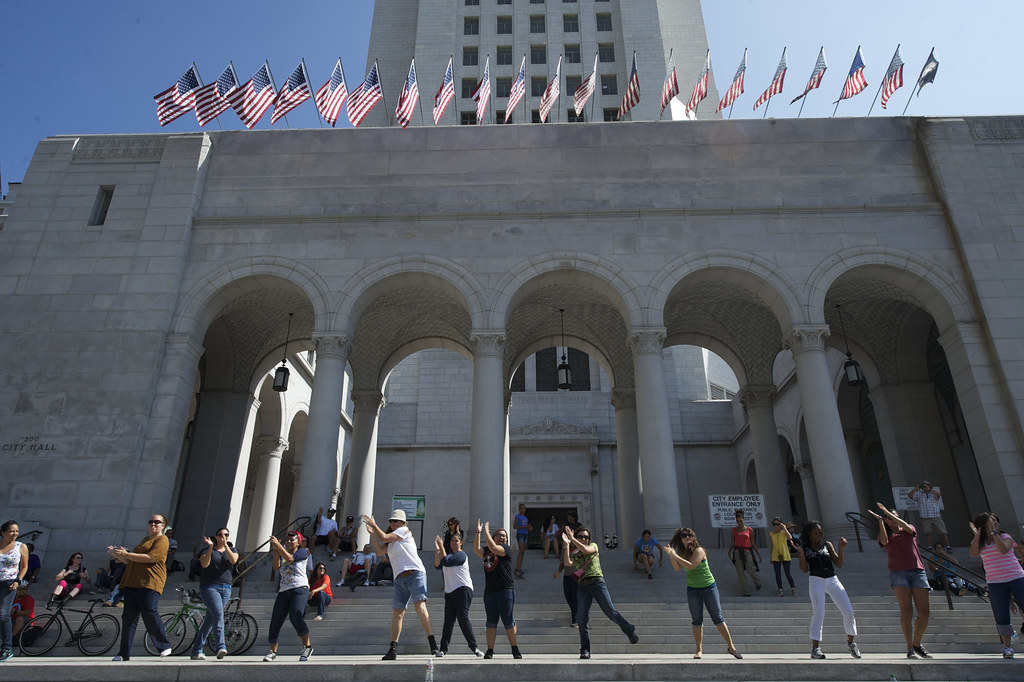 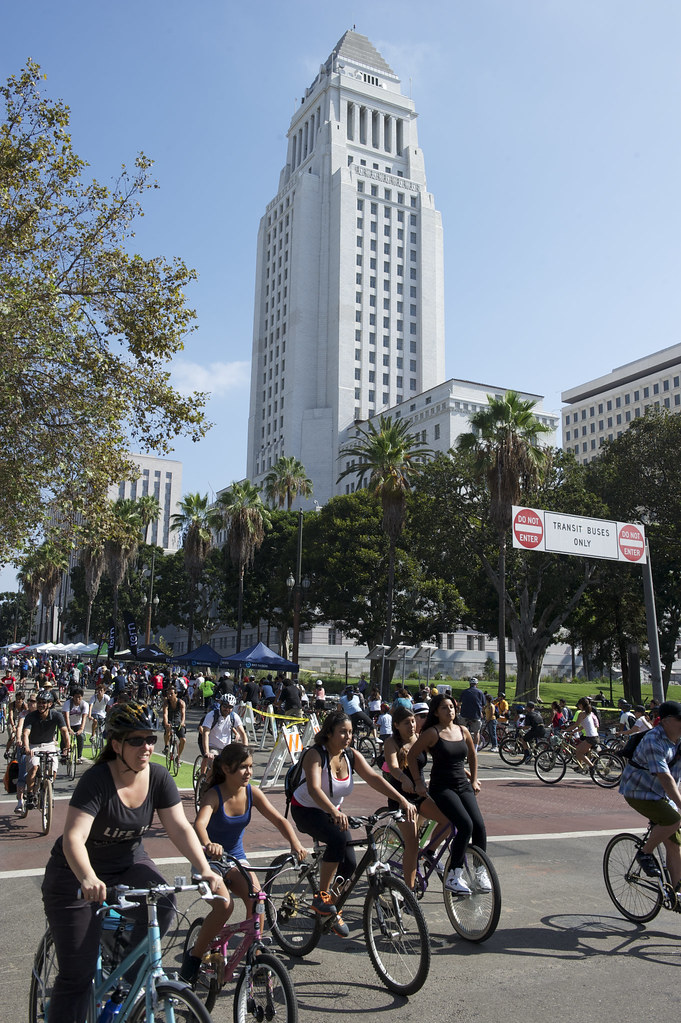 Community anniversary
Do you like this post?
CicLAvia Stories
Local Gems: Enjoy South LA
CivSalons with AARP Los Angeles
In South LA, a View to the Future
CicLAvia Store