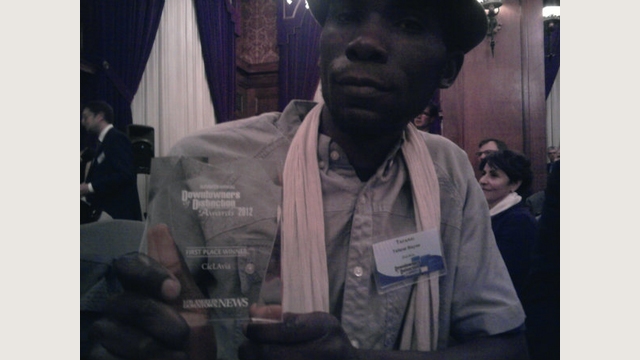 This week's Downtown News honored CicLAvia with one of its Downtowners of Distinction Awards. CicLAvia is in great company among the nine projects that have made their "surrounding community... a better place in which to live, work or visit."

Here's part of what they had to say about CicLAvia:

Everyone likes bicycling, but no one could have predicted how many people would turn out when CicLAvia took over the streets. The event ... did something magical: It pulled cars off more than seven miles of Los Angeles roads, and for a few hours gave the power to the cyclists, pedestrians, rollerbladers, families pushing strollers and anyone else not in a motorized vehicle. ... Who knew that an event inspired by a happening in Bogota, Columbia could be so big?

News
Do you like this post?
CicLAvia Stories
Local Gems: Enjoy South LA
CivSalons with AARP Los Angeles
In South LA, a View to the Future
CicLAvia Store