You can delve deeper into the route by enjoying CicLAvia’s Culver City Meets Venice Neighborhood Guide, written by Andrea Richards and designed by Colleen Corcoran and Tiffanie Tran. Learn about three of LA's Westside neighborhoods, as you take a trip from the northern tip of vibrant downtown Culver City through the commnity of Mar Vista to Venice and the sparkling Pacific Ocean. This guide was created with very special help from 826LA, and local kids and volunteers from the Mar Vista community.

Click on the image below to download a PDF of the neighborhood guide for CicLAvia: Culver City Meets Venice Presented by Metro. 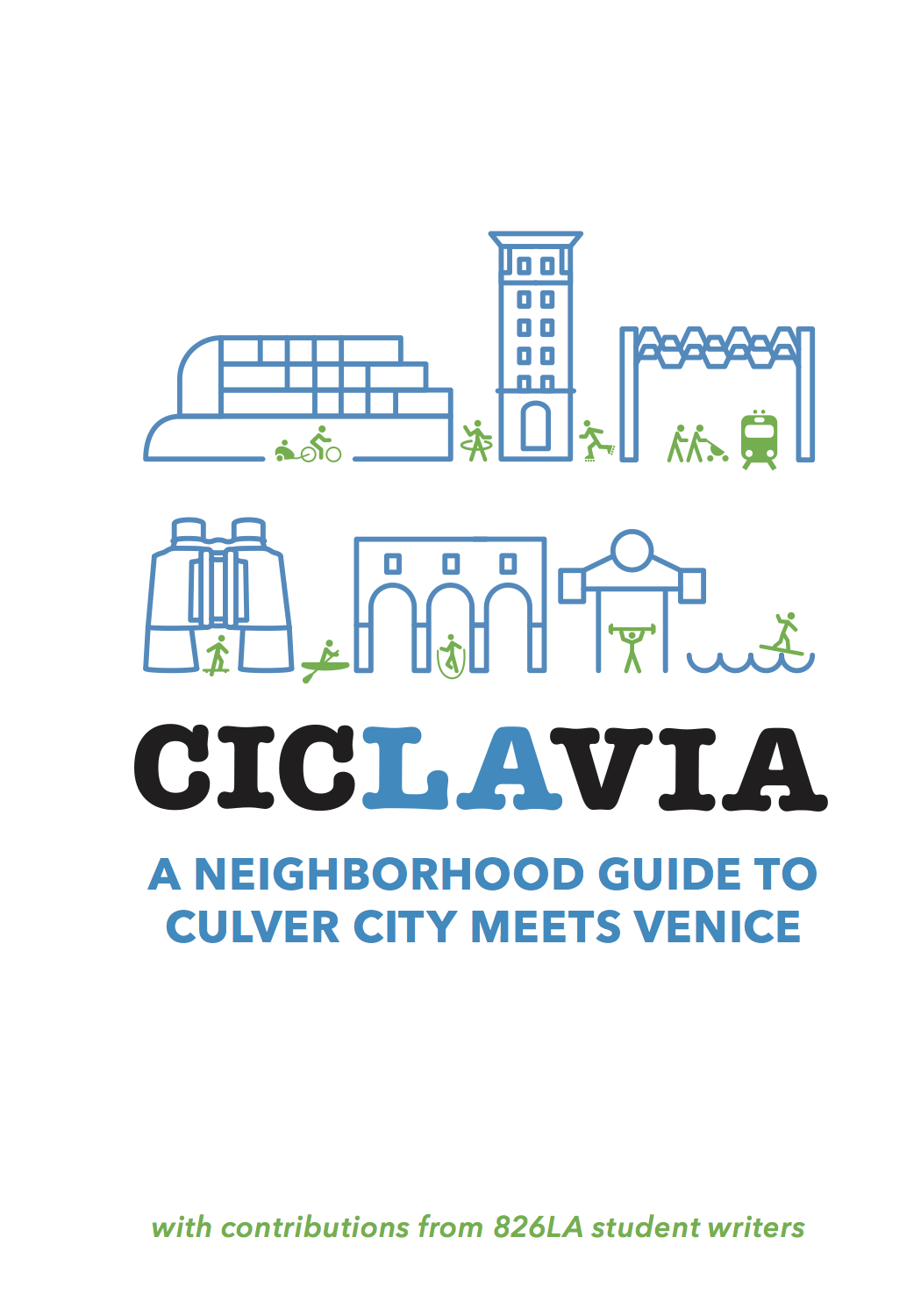 CicLAvia pedals its way back onto the Westside with a 6-mile route between Culver City and Venice. The last time the bike-friendly fest made its way to the beach, it started all the way over in Downtown LA. You'll find a much more manageable route this time around, and though a decent chunk is residential, there's still plenty to see and do in historic Downtown Culver City, through easygoing Mar Vista, near posh Abbot Kinney and along eclectic Venice Beach.

Join the fun at this Sunday’s CicLAvia as MassKnowtify and SecretCity Tours presentSecretCicLAvia — a digital treasure hunt where you can unlock delicious eats to try for FREE along the route!

SecretCicLAvia will feature 3 food locations along the route which stretches from Culver City to Venice Beach.  At 3 different times during the day, the MassKnowtify app will alert you with when and where to find yummy food right along on the route.  Visit secretciclavia.massknowtify.com for details on how to participate!

So we're already nearly 5 years into the CicLAvia thing, haven't we had enough already?

Just when we got over the last CicLAvia, along comes the XIVth edition of America's largest open streets event (Oh you know it, baby), and the third of four this year (But wait a minute, the last Epic Militant CicLAvia Tour was number 10.0, why is this one 4.1? You might ask. Well, The Militant categorizes his CicLAvia routes into unique versions of routes, and since this route is basically a modification of the fourth unique route from April 2013 (The legendary 17-mile "To The Sea" edition), The Militant categorizes Sunday's route as 4.1. Got it?). But even though this one is but a slight change from the Epic Venice Boulevard Route, there's a lot more new sights to see, especially along Washington Boulevard/Washington place, plus some locales he forgot to add during the 4.0 posting. Anyways, you know the drill, Share this link on your Facebooks and Twitters, visit the sights yourselves -- and if you do, Tweet with the hashtag, #EpicCicLAviaTour to stroke The Militant's ego and make him feel like his several days of staying up late at night to research and write all this was worth his while. And most of all, Stay Militant and Enjoy CicLAvia this Sunday! See you or not see you on the streets!

Do you like this page?
CicLAvia Stories
What You Can See in the Heart of LA
Local Gems: Meet the Hollywoods
CivSalon: Innovation and Safe Streets
CicLAvia Store