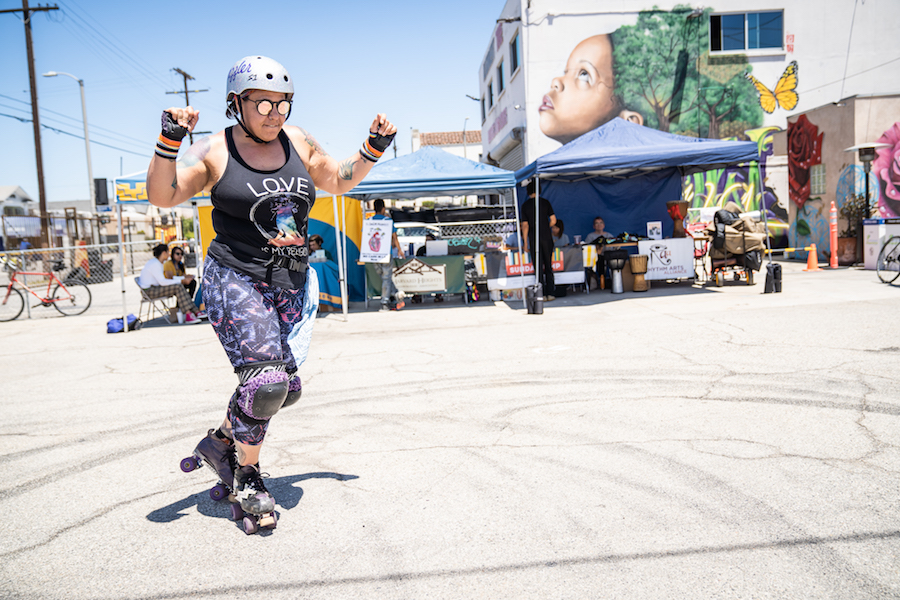 July was busy, but if this week is any indication, August is going to be just as full of fun (including CicLAvia—Meet the Hollywoods on August 18). From walking tours to art tours to music festivals and outdoor movie nights, there is something for everyone.

Love is a word we hear a lot at CicLAvia. People love the freedom of car-free streets. They love the neighborhoods they've never visited. Sights, sounds, aromas and adventures: all loved. But, as we look back at our eighth CicLAvia on October 6, 2013 as part of the countdown to our 15th event on October 18, we find a different, deeper love. The kind of love that comes but once in a lifetime.

Today’s look back at the first 14 CicLAvias leading up to our 15th event on October 18 sees CicLAvia expanding beyond the downtown streets of our first four routes. The fifth route, which took place on October 7, 2012, took a break away from Hollenbeck Park in Boyle Heights and the Bike District in East Hollywood. Instead, CicLAvia found its way to MacArthur Park and Exposition Park.

Third Time was a Charm for CicLAvia

Our look back at CicLAvia’s history continues as we count down to our 15th event on October 18th. Today, we remember our third event October 9, 2011, once again in Downtown L.A. The first anniversary event saw a shift in public awareness about CicLAvia and an increase in enthusiasm on social media.

A Labor Day Look at the Workers Behind CicLAvia

This weekend marks Labor Day, a day that recognizes the numerous efforts and accomplishments of the workers who make America run. Here at CicLAvia we have a number of people who work hard to make LA’s streets safer for running, walking, biking, skating, using a wheelchair, or pushing a stroller without worrying about cars. We’d like to use today’s post to introduce you to some of the faces behind CicLAvia and let you know what they do to help hundreds of thousands of you enjoy car free streets each year.

Engaging with the Community

This week, CicLAvia staff and volunteers begin our door-to-door community outreach for the October 18 CicLAvia – Heart of LA route. This is the first of several direct conversations CicLAvia ambassadors will have to engage community members long before CicLAvia takes place.

Yogurt. After more than a year of using my Metro TAP card to take the bus to work and the train to meetings, it was froyo that finally revealed the full power found in that seemingly innocuous piece of plastic known as the “TAP” card...

CicLAvia will return to the Westside for the first time since 2013 in a little more than a month with our CicLAvia – Culver City Meets Venice Presented by Metro route on August 9. Since our last visit to Culver City and Venice, we have held open streets events across LA County: on iconic Wilshire Boulevard, in historic neighborhoods in South LA and below the foothills that distinguish the gateway to the Valley. 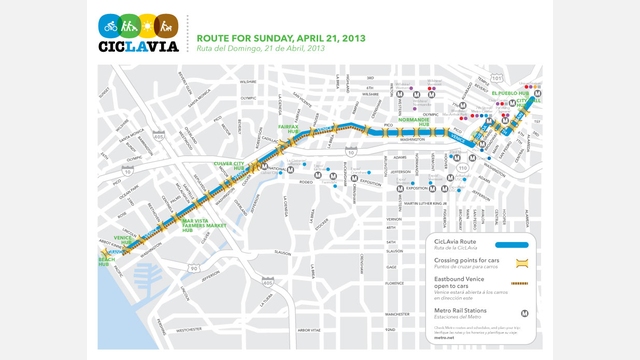 METRO DESTINATIONS DISCOUNT PROGRAM
If you own a business on or near the April 21st route, offer some type of discount (like two for one, 15% off, souvenir, etc.) to attract CicLAvia participants to your business during the day of the event, Metro will promote your business on the day of the event for FREE on the Metro CicLAvia Destination Discounts webpage (currently being promoted throughout Metro's social media outlets weekly). Wow! What an opportunity for huge exposure! Don't worry, businesses don't need to be directly on the route to participate. Next steps? Decide on the level of discount you want to offer, then please email:
Read more Share
CicLAvia Stories
Local Gems: Enjoy South LA
CivSalons with AARP Los Angeles
In South LA, a View to the Future
CicLAvia Store