Welcome to “Word on the Street”, our new monthly recap of news you should know from the world of open streets, transportation, health, environment and everything else CicLAvia fans may find of interest!

Our favorite social media posts from the month: 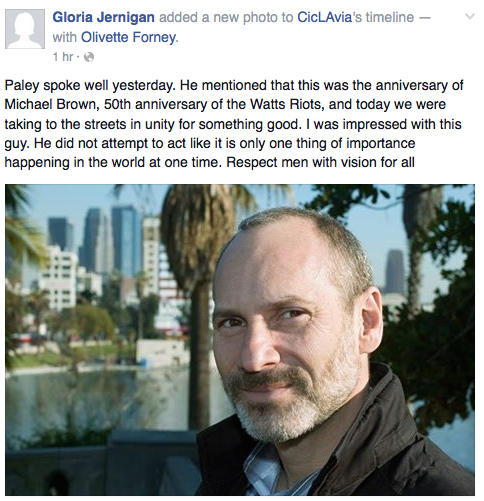 Special thanks to the @WassermanFDN for being such a constant source of support for #CicLAvia throughout the years pic.twitter.com/JrUaEhkk5S

Best morning moment: delivery man saw my @CicLAvia shirt started smiling and said it's the best day of the year & makes the streets so happy

Overheard at @CicLAvia #marvista "There are so many cool restaurants here we haven't tried yet" YES #LAGreatStreets pic.twitter.com/CTQipjo5t8 — Mar Vista Chamber (@MarVistaBiz) August 9, 2015

media News
Do you like this post?
CicLAvia Stories
Local Gems: Enjoy South LA
CivSalons with AARP Los Angeles
In South LA, a View to the Future
CicLAvia Store