Since 2010, CicLAvia has transformed and engaged communities all across Los Angeles County. Today, CicLAvia is recognized as the nation’s most-skilled producer of car-free street events, connecting Angelenos to each other through a shared sense of adventure.

Averaging 50,000 people per event, CicLAvia hosts a large and enthusiastic audience of repeat and first-time participants. About 30% at an average CicLAvia event is there for the first time, and another 30% have attended five or more! And they come from all over: from at least 3/4 of every zip code in Los Angeles.

These events are an incredible boon to public health - in more ways than one. Nearly 50% of those attending CicLAvia for the first time said they would have been at home or otherwise sedentary if they had not come to CicLAvia. 66% of those participating with children said the same thing. And a June 2016 Preventative Medicine Journal article noted that the health benefits of CicLAvia are sound public investments in improving public health.

CicLAvia has run events in neighborhoods throughout Los Angeles, activating local community spirit and bringing people a new viewpoint on their own parts of town. 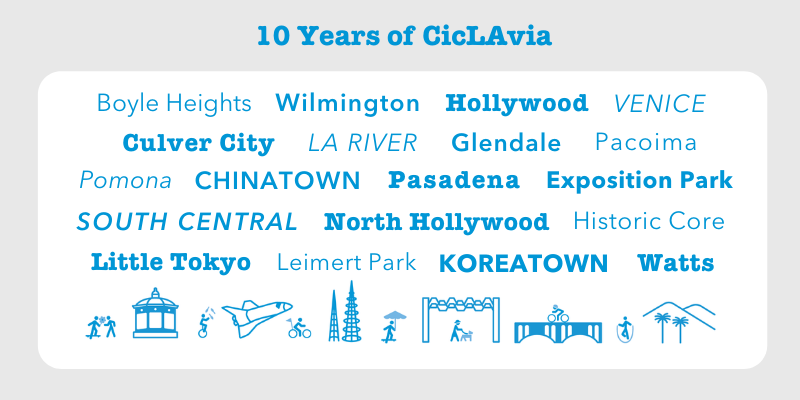