The story of how CicLAvia has come to be the largest event of its kind in the United States & a leader in the global open streets movement.

CicLAvia started as a grassroots initiative in 2008 as the outgrowth of discussions held by a number of individuals who recognized that open streets events could address active transportation, urban land use, and public health needs in Los Angeles. Inspired by the ciclovía events that started 40 years ago in Bogotá, Colombia, the first CicLAvia was held on October 10, 2010. Nine years and 34 CicLAvias later, more than 1.8 million people have explored nearly 220 miles of open streets in Los Angeles County. 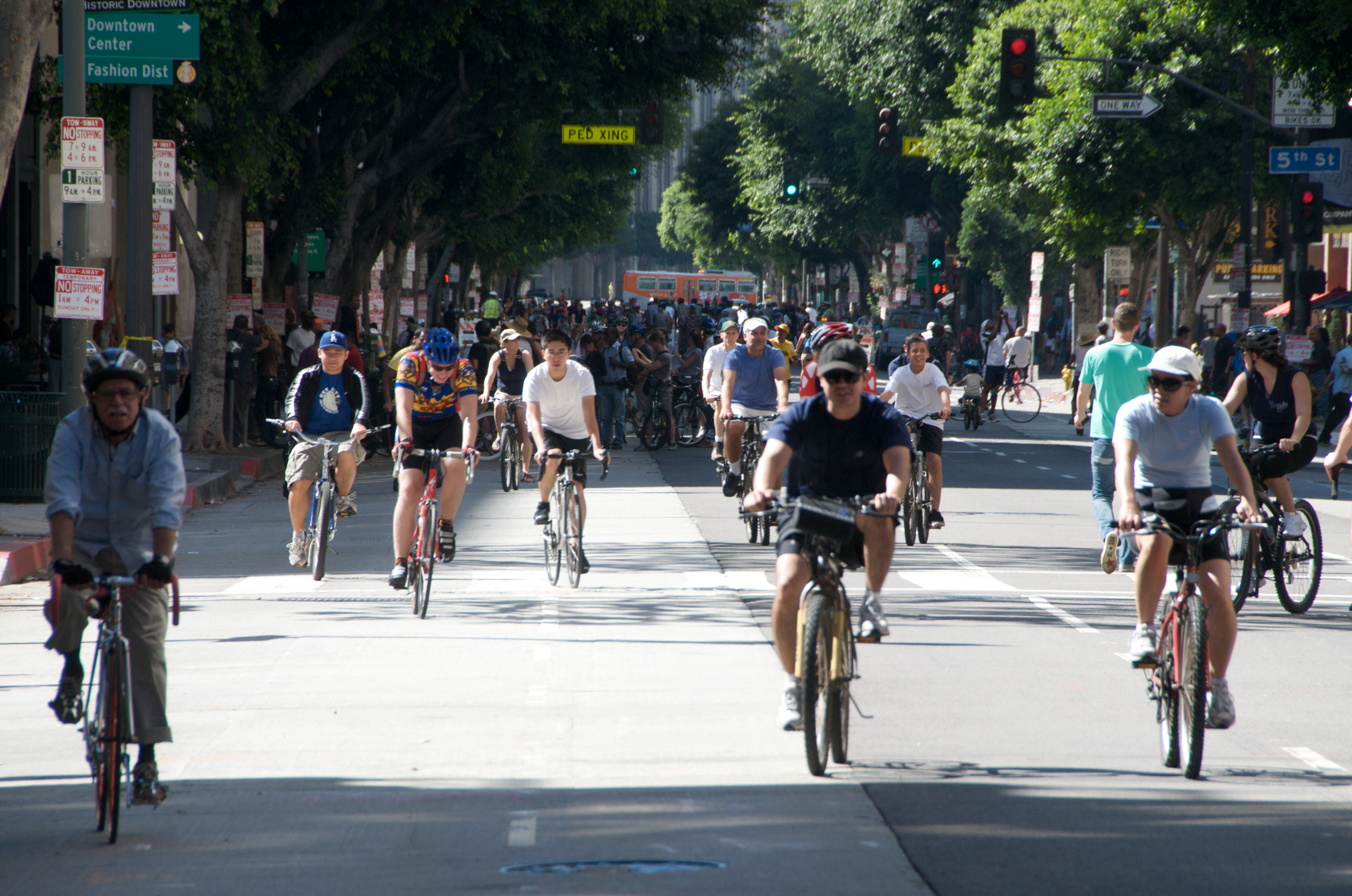 CicLAvia is a 501(c)3 non-profit that catalyzes vibrant public spaces, active transportation, and good health through car-free streets. CicLAvia engages with people to transform our relationship with our communities and with each other.

Inspired by Bogotá’s weekly ciclovía, CicLAvia temporarily closes streets to car traffic and opens them to Angelenos to use as a public park. Free for all, CicLAvia connects communities to each other across an expansive city, creating a safe place to bike, walk, skate, roll, and dance through Los Angeles County.