CivSalon: Who Do LA Streets Serve? 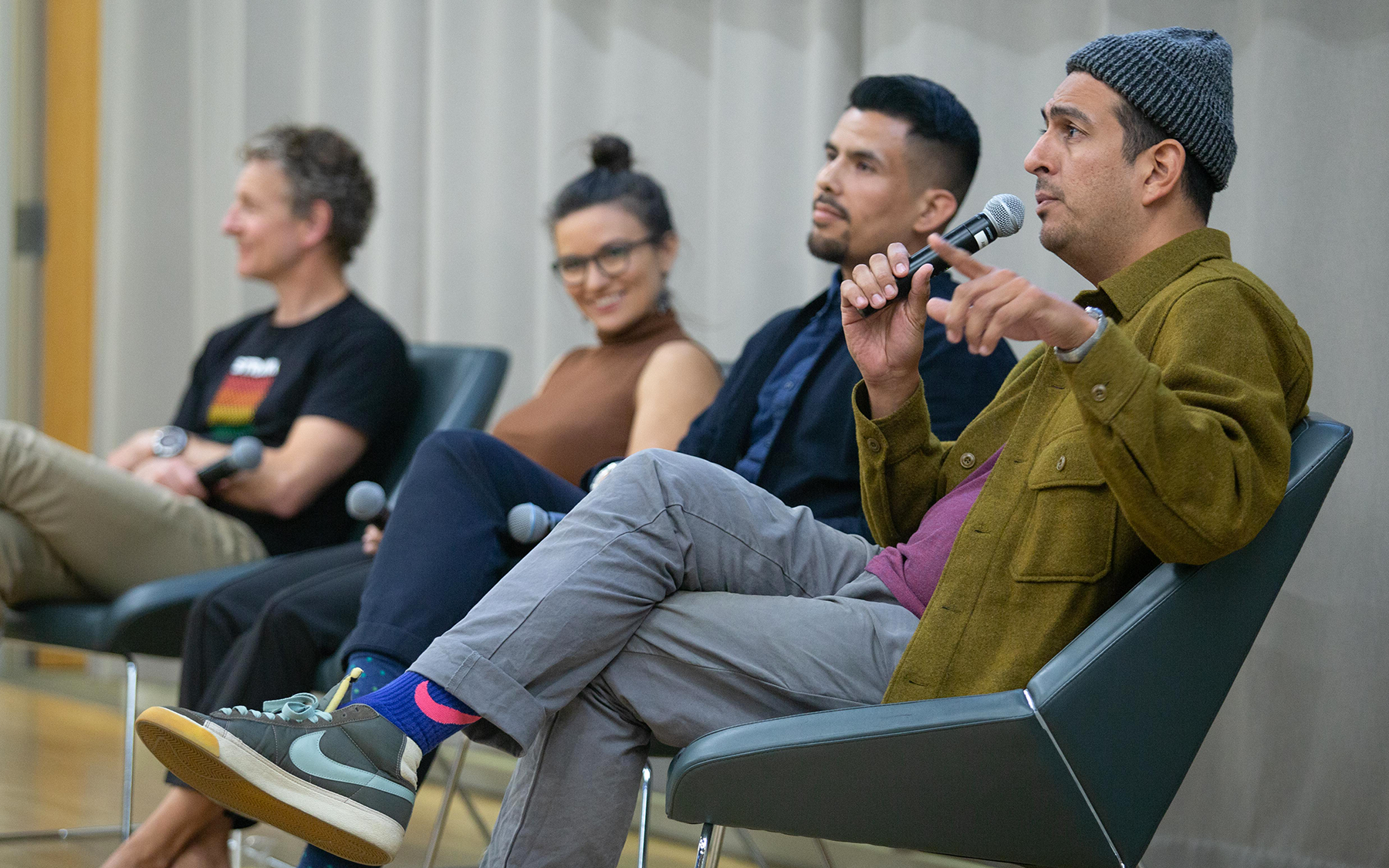 How city streets are designed informs people how they should use them. What messages are Los Angeles roadways sending?

That was the question thought leaders from public, private, and non-profit sectors grappled with at the first-of-its-kind “CivSalon: Who Do LA Streets Serve?” held on October 22. Moderated by Curbed LA’s Alissa Walker, panelists addressed the tension point between streets’ historic commitment to serving cars and the growing need for access to multi-modal and active transportation.

Walker introduced her own proposal to close certain LA streets to cars (opening them to pedestrians) as a launching pad for who streets are supposed to be serving. Noting the lack of bus-only lanes and protected bike lanes across the city, she asked, “When did we decide to prioritize cars?”

“Our biggest public asset is our streets,” according to Madeline Brozen, Program Director of the UCLA Complete Streets Initiative. “Streets are a public space; we should be able to use them flexibly. Especially in LA, which has a low proportion of parks for the people who live here, we need more places where we can come together – a couple of blocks, a thousand feet.” 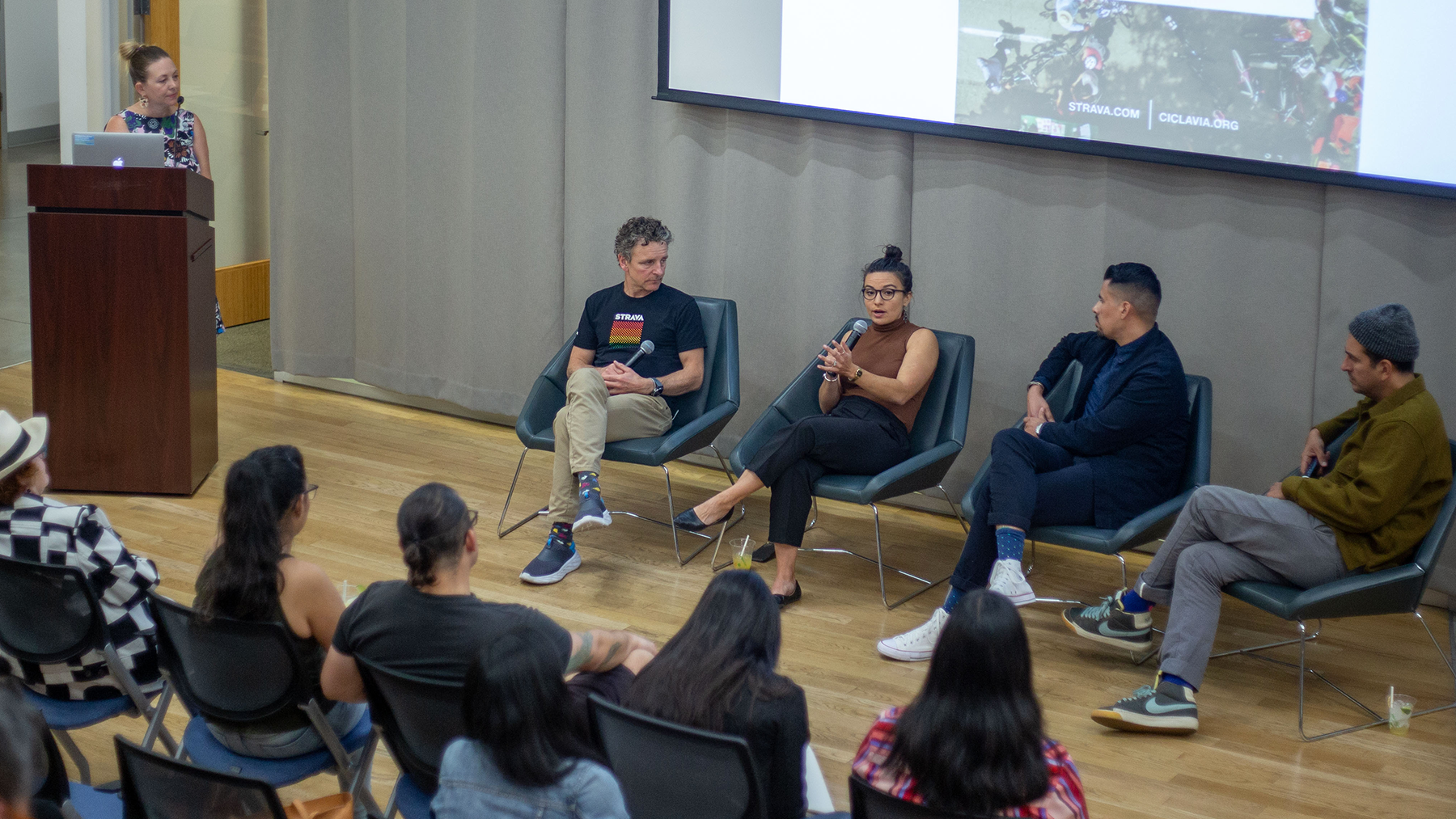 That streets can serve as a plaza - a public square for neighborhoods to enjoy - was an idea supported by Marcel Porras, Chief Sustainability Office at LADOT.

“We need to create opportunities for people to interact in their communities,” said Porras, “without having to travel to a place like The Grove to experience ‘street life.’”

He related an experience that was instantly recognizable to the audience: “My mom moved to live closer to me, but the neighborhood traffic makes her seem farther away. She’s even more isolated than before because she can’t walk on her streets.” 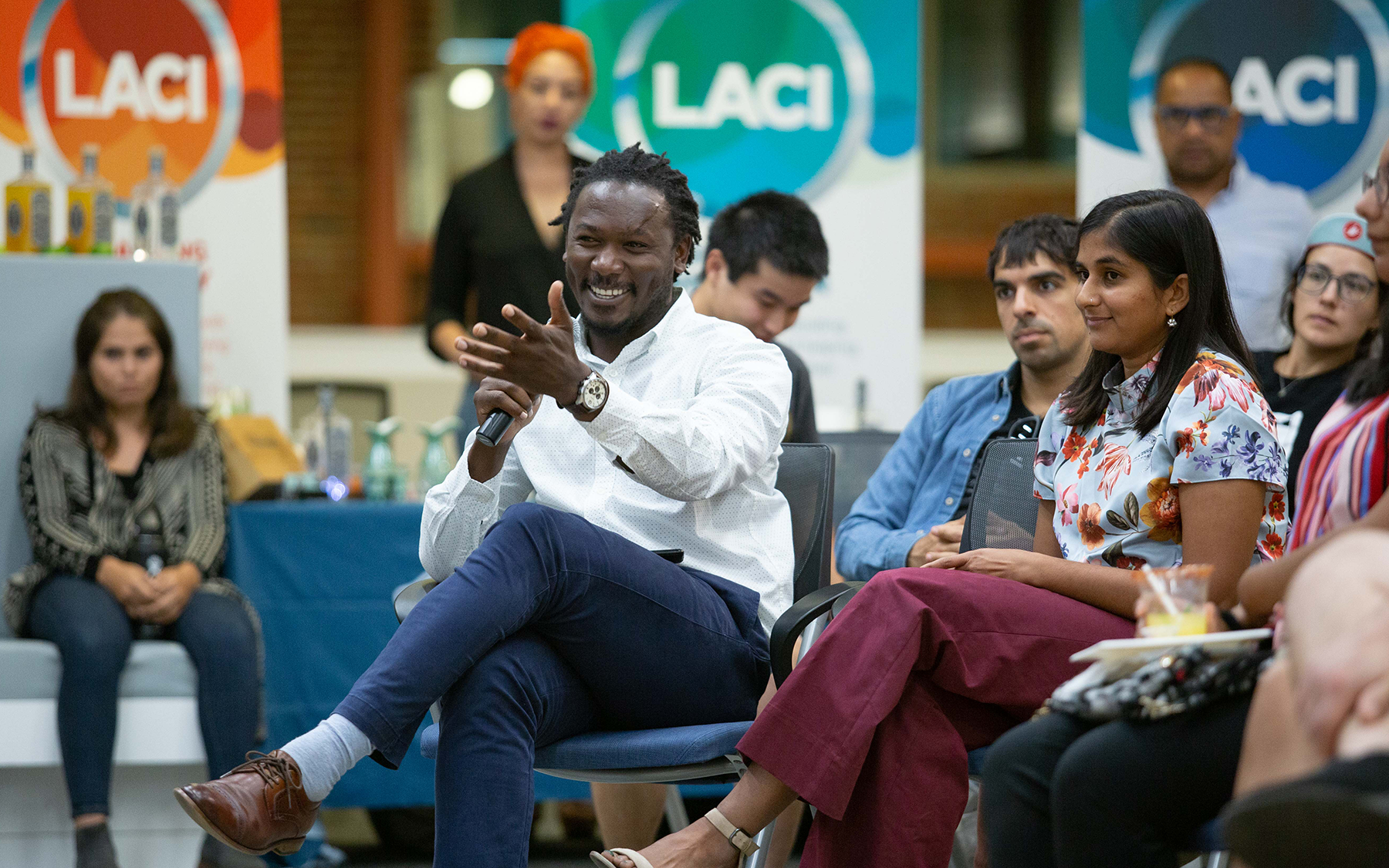 Cars may not be an obstacle to building community space; rather, it’s the accepted belief that streets are solely cars’ domain.

“Streets make up an enormous percentage of a city,” said Michael Horvath, co-founder of Strava, which co-hosted the event. “We ride on them, shop on them, have parades on them.” Problems, he said, “usually come when some people try to narrowly define what streets are for.”

If streets are viewed as the exclusive domain of cars, panelists argued, then policymakers aren’t taking cyclists, skaters, and pedestrians’ safety into account when approaching transportation. 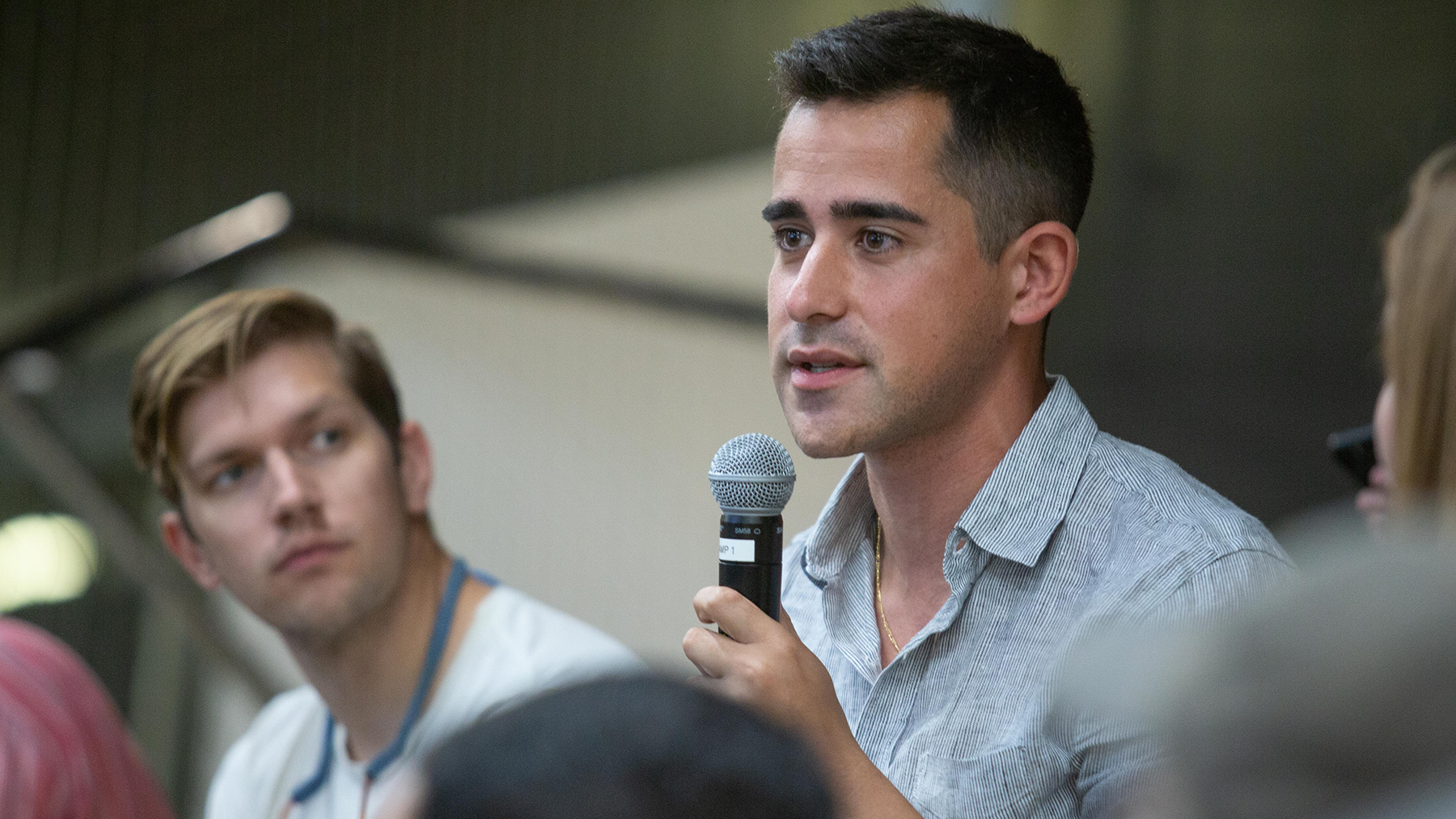 How Angelenos navigate their streets safely, whether on foot, on skates or on bikes, was a concern many in the audience shared. One attendee expressed her fear of being hit by a car while biking to work, asking “how do we change the ‘need for speed’ on our roads?”

“The design of our streets gives signals on how we’re supposed to behave on them,” responded Brozen. “They give the signal to you to go fast. So how do we combat that?”

Her answer: plant more trees. “Street trees are an amazing signal that humans are there. That people are there. A tree canopy is an outdoor living room.” That, in turn, could slow down drivers and invite more varieties of mobility into the streets. 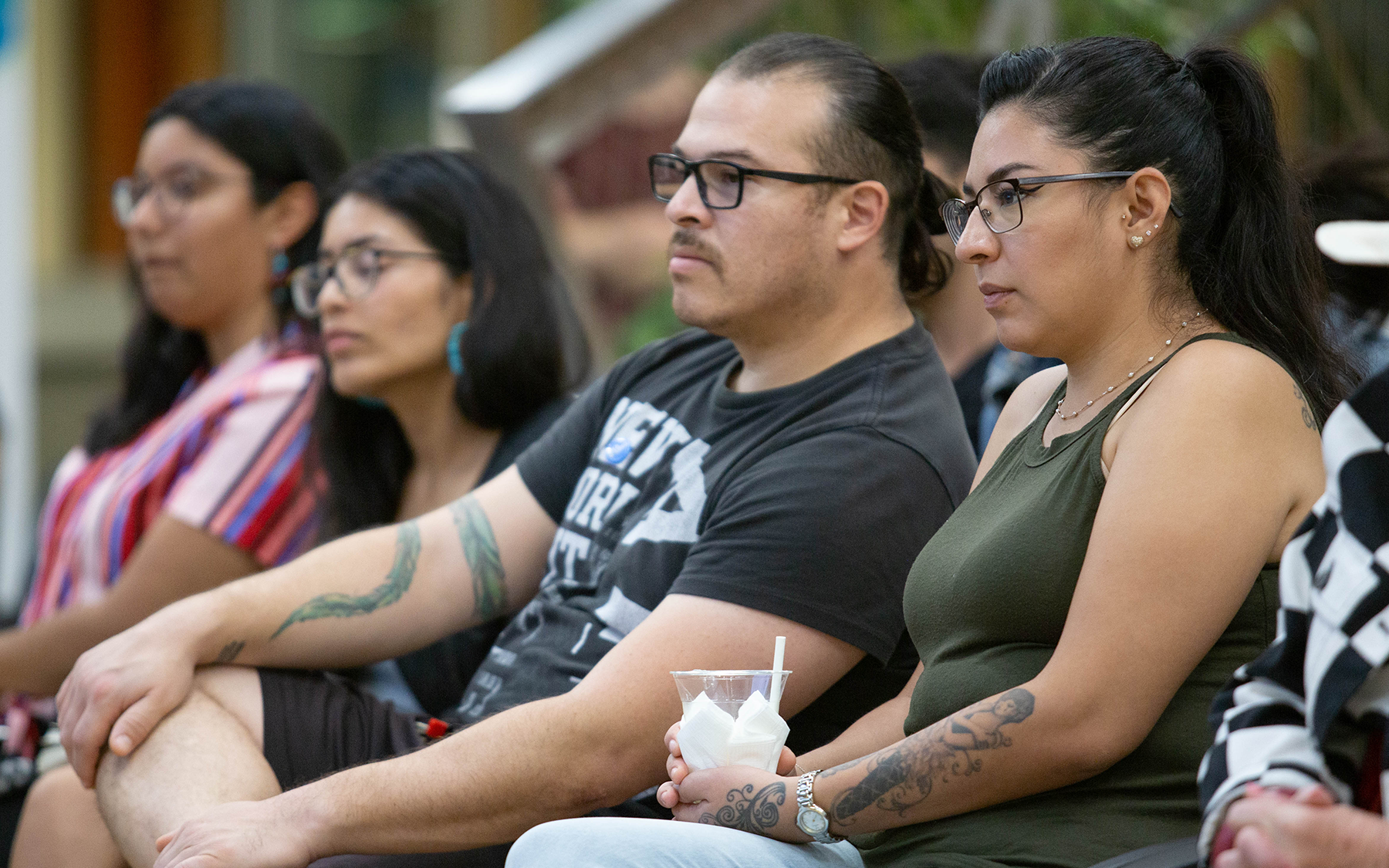 Increasing alternative uses of LA roads will create a self-perpetuating cycle, according to Horvath. "As you make investments in better walking and cycling – make them safer, cheaper, faster – more people do them. It becomes a mode that more people of diverse backgrounds use. Once you have that going, more people are advocating for it."

The results seem to speak for themselves. Los Angeles currently has the largest dockless scooter and e-bike programs in the country. “We see about 20,000 vehicles on our streets, and roughly one million to 1.5 million individual trips a month," according to Porras.

As government officials see that data, it can show the presence and demand for transit alternatives to driving a car. And that’s key in reinforcing advocacy on the ground.

“The city needs continued political advocacy,” Porras reminded the audience, whether that means pushing for changes or giving credit where it's due when change arrives. “Give props to your council person. Engage in neighborhood council. All these little things make a big difference over time.” 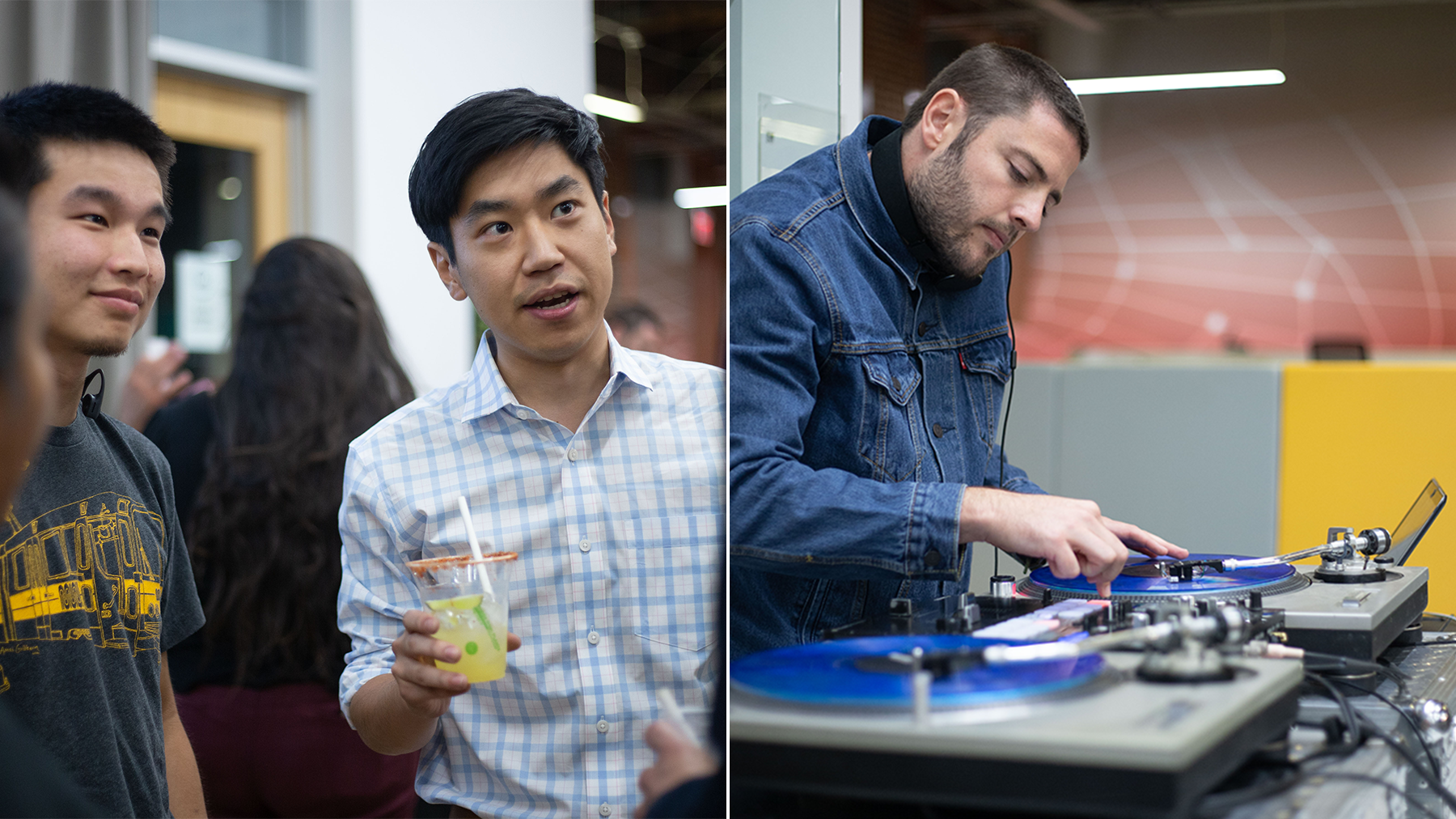 Attendees networked with panelists and each other over drinks (provided by Ming River Baijiu) before and after the program, while DJ SEANO provided music

Advocacy isn’t limited to government; it can also mean being an example in one’s own community.

Those who already bike in LA can ask themselves how they can model that behavior to people who don’t. “Go for a bike ride with your friends who don’t bike. They may be scared to cycle in LA, or they don’t know how to get from point A to point B. You can open up a new world for them.”

"Often in transportation policy we don’t talk about people, we don't see the faces, we don't see who uses transit,” said Rudy Espinoza, the Executive Director at Inclusive Action for the City. Making the political personal can bridge a lot of these gaps.

Reshaping streets to be more flexible to the variety of commuters in LA – allowing them to serve more than just cars – is something that takes daily advocacy, in how people communicate to their leaders and to each other.

Walker put it more succinctly: “Everybody go get involved, solve a problem, and we’ll report back here in one year.” 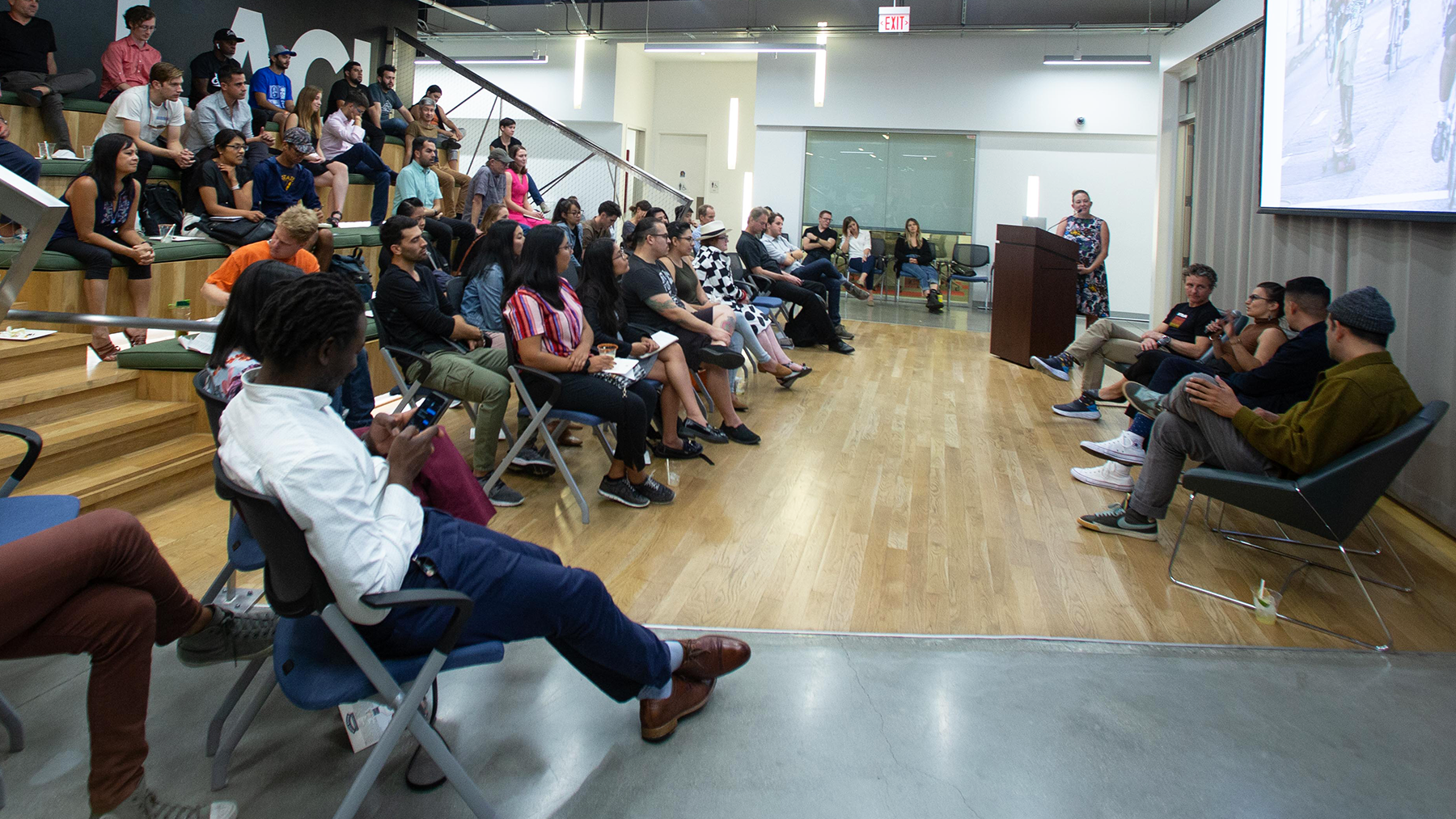