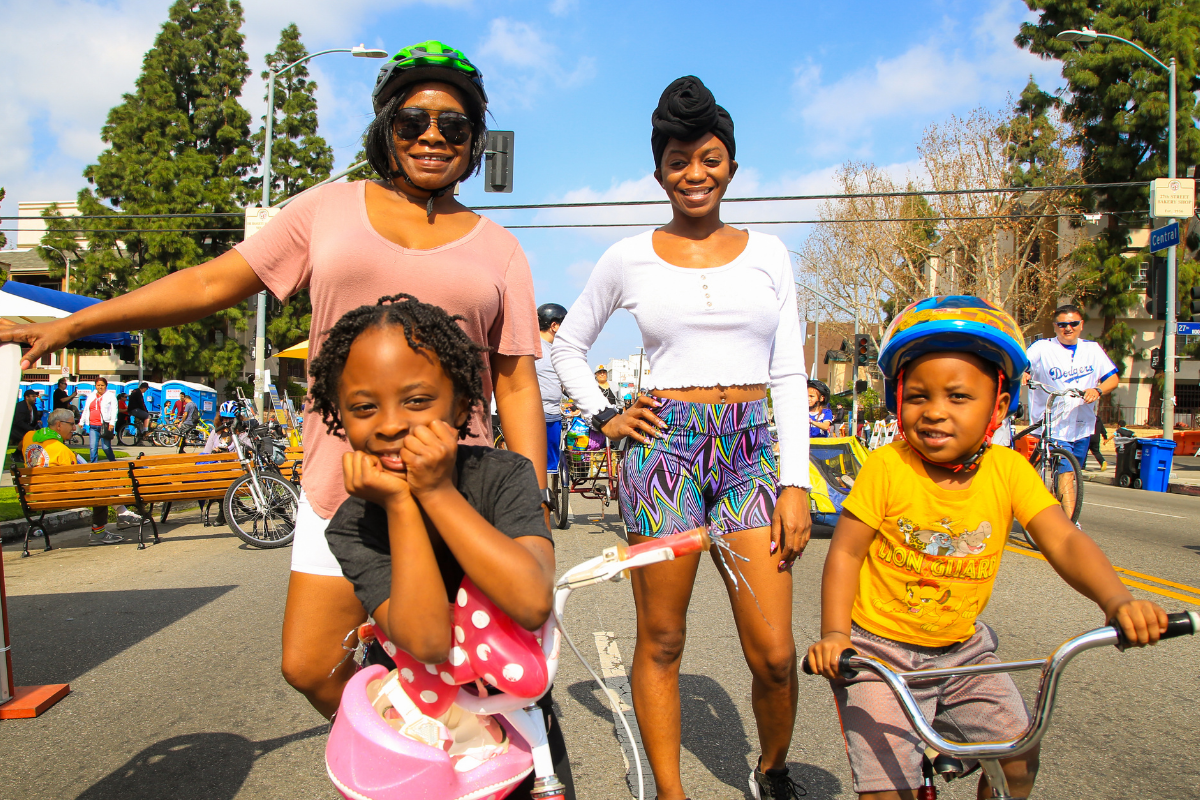 Enjoy the open streets with us on December 5, and discover new joys and gems around LA. You can use our Google Map to organize your day. 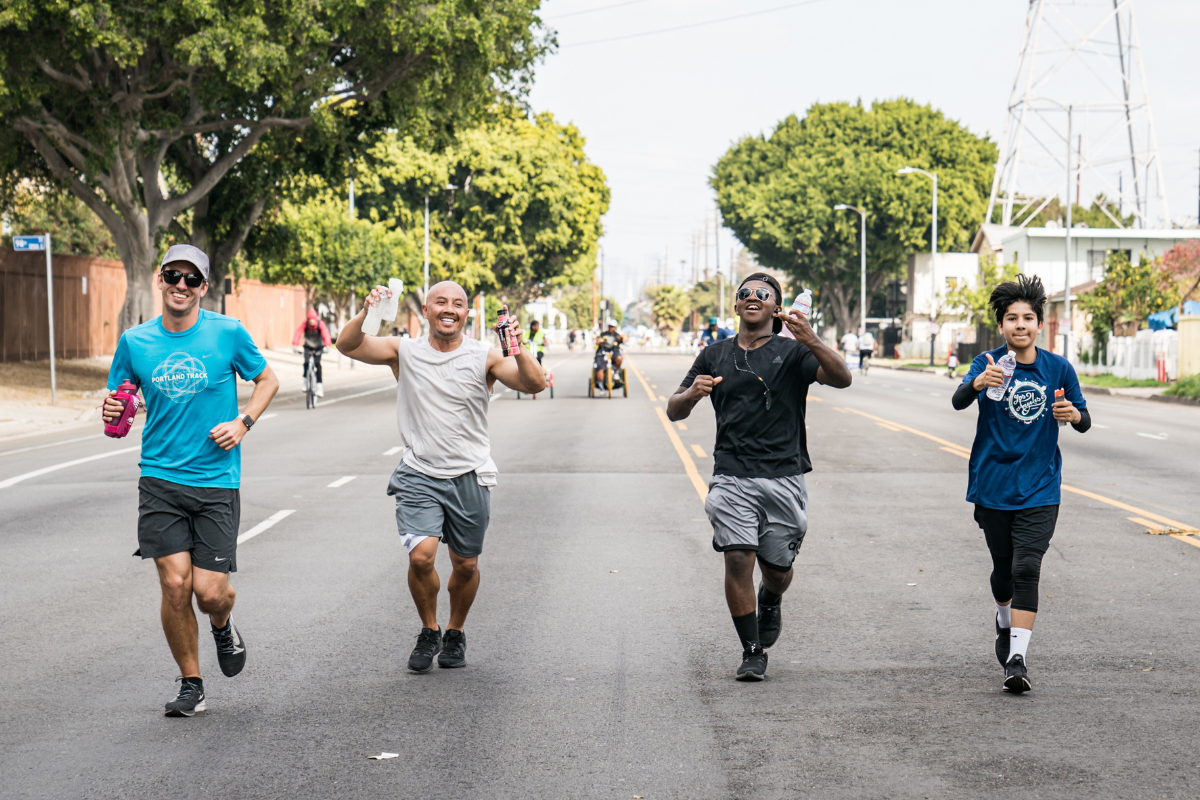 One thing that surprises people at CicLAvia is how much open space surrounds them – so much of which they never noticed when they travel the same route by car.

There are a lot of parks on and around this event: from the Rancho Cienega Recreation Center and Leimert Park Plaza to the massive Exposition Park (and Expo Park Rose Garden), Martin Luther King, Jr. Park, Gilbert Lindsay Recreation Center, and Central Avenue Jazz Park. 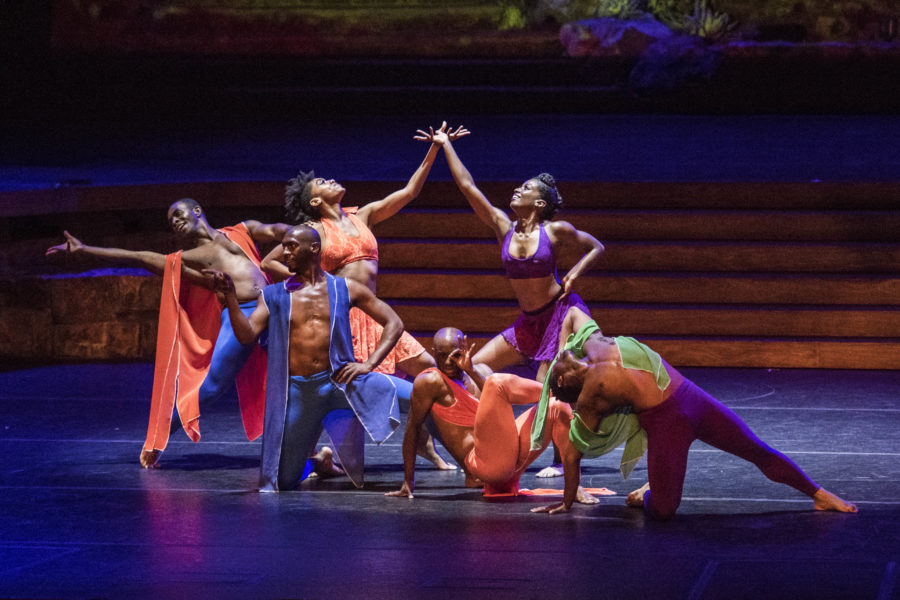 There's an abundance of art, murals, and culture along the route as well. Dozens of works of public art line the streets, honoring so much of LA's history (even its recent or still-unfolding history) and showcasing some of the most talented painters in the world.

The Lula Washington Dance Theater sits near the Crenshaw Hub. It features contemporary, modern dance works that reflect African-American history and culture, and teaches kids about the art of dance so that they can launch their own careers and passions.

Vision Theater, in Leimert Park Plaza (an arts & cultural hub that filmmaker John Singleton once referred to as the “Black Greenwich Village"), is a performing arts center that has served its community for over 90 years.

Architecture buffs can check out the Golden State Mutual Life Insurance building, designed in 1928 by James H. Garrott, one of LA’s most notable African-American architects at the time. It’s listed on the National Register of Historic Places and is also a city Historic-Cultural Monument.

Near the route along 40th Street, you can pass by the Ralph J. Bunche House, a modest Victorian bungalow duplex that is the boyhood home of Dr. Ralph J. Bunche, the first person of color to win the lauded Nobel Peace Prize. Thomas Jefferson High School, on 40th near Hooper, has produced more prominent jazz musicians and composers than any other public or private high school in California.

Near the route, you can see the Dr. Maya Angelou Community High School, the campus of which has become an outdoor art gallery with works by Shepard Fairey, Ni Santas, JR, and 28 other incredible 'street artists.' 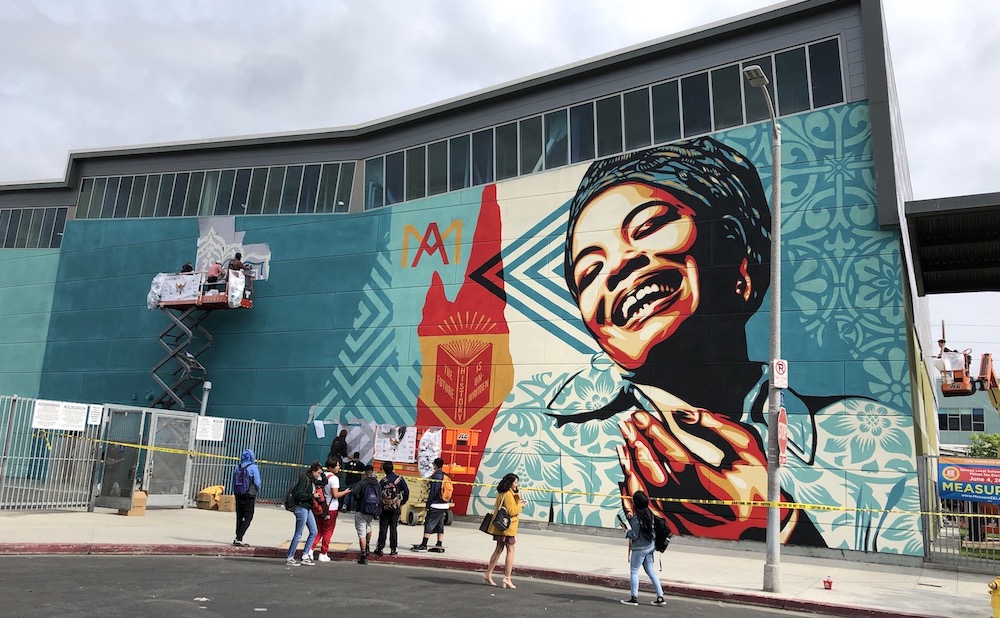 There are plenty of points of history and education along the route as well.

Exposition Park is home to the California Science Center, a place to spark curiosity and a love of science for visitors of all ages. Nearby is the Natural History Museum, with dozens of exhibits exploring the history of our city (and life itself), and featuring a surprisingly welcoming dinosaur.

You can also visit the California African American Museum, which features exhibits on art and important moments in history – and boasts free admission.

In the future, the Lucas Museum of Narrative Art will make its home in Exposition Plaza. You may be able to see its in-process construction (the below is just a rendering), rising like a spaceship from the earth. 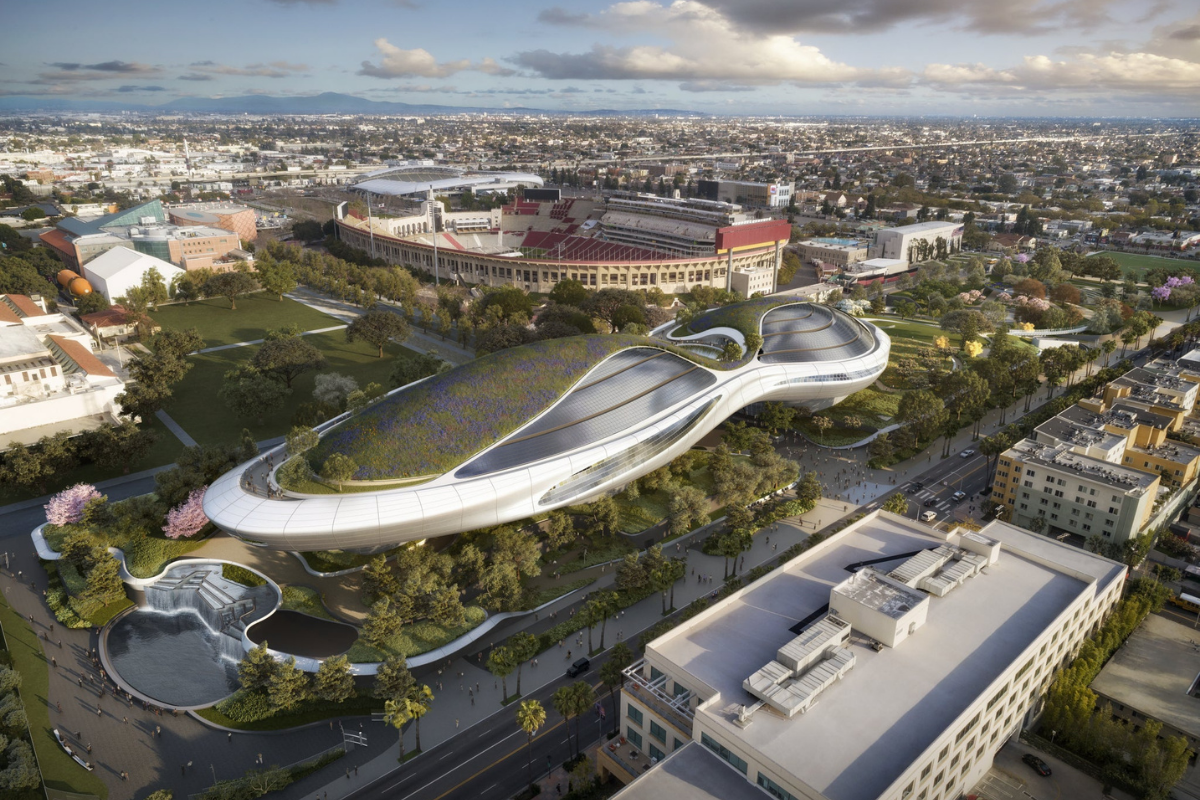 The sprawling campus of the University of Southern California is just north of Expo Park; it's filled with mixed history (newly designed buildings next to historic landmarks) and it's a center of academic excellence.

The CicLAvia route itself marks some history of its own: most of the journey travels along Martin Luther King, Jr. Blvd, which was named in 1983, and connects to President Barack Obama Blvd, which was given its new name in May of 2019.

Crenshaw Blvd has an exciting future: it's the home of the still-in-development Destination Crenshaw, a 1.3-mile, open air "people's museum." When it opens next year, it will be a place to experience a dynamic expression of Black American culture in LA. 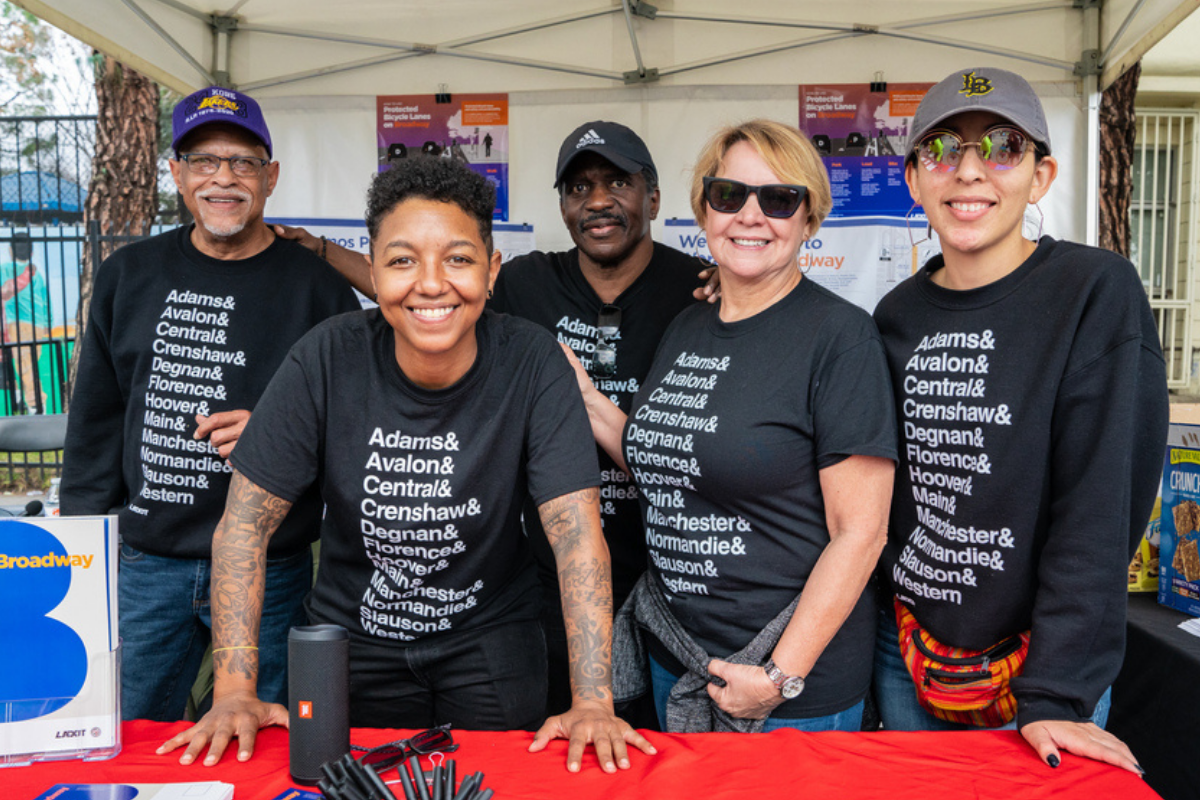 As always, you’ll find food trucks and booths from neighborhood groups at our Hubs along the route. There are also countless shops and eateries along the route with dishes you may not find anywhere else. Expect vaccination clinics, helmet giveaways, and more at our Hubs, too. We will have more activities rolling out in the weeks ahead, so stay tuned. 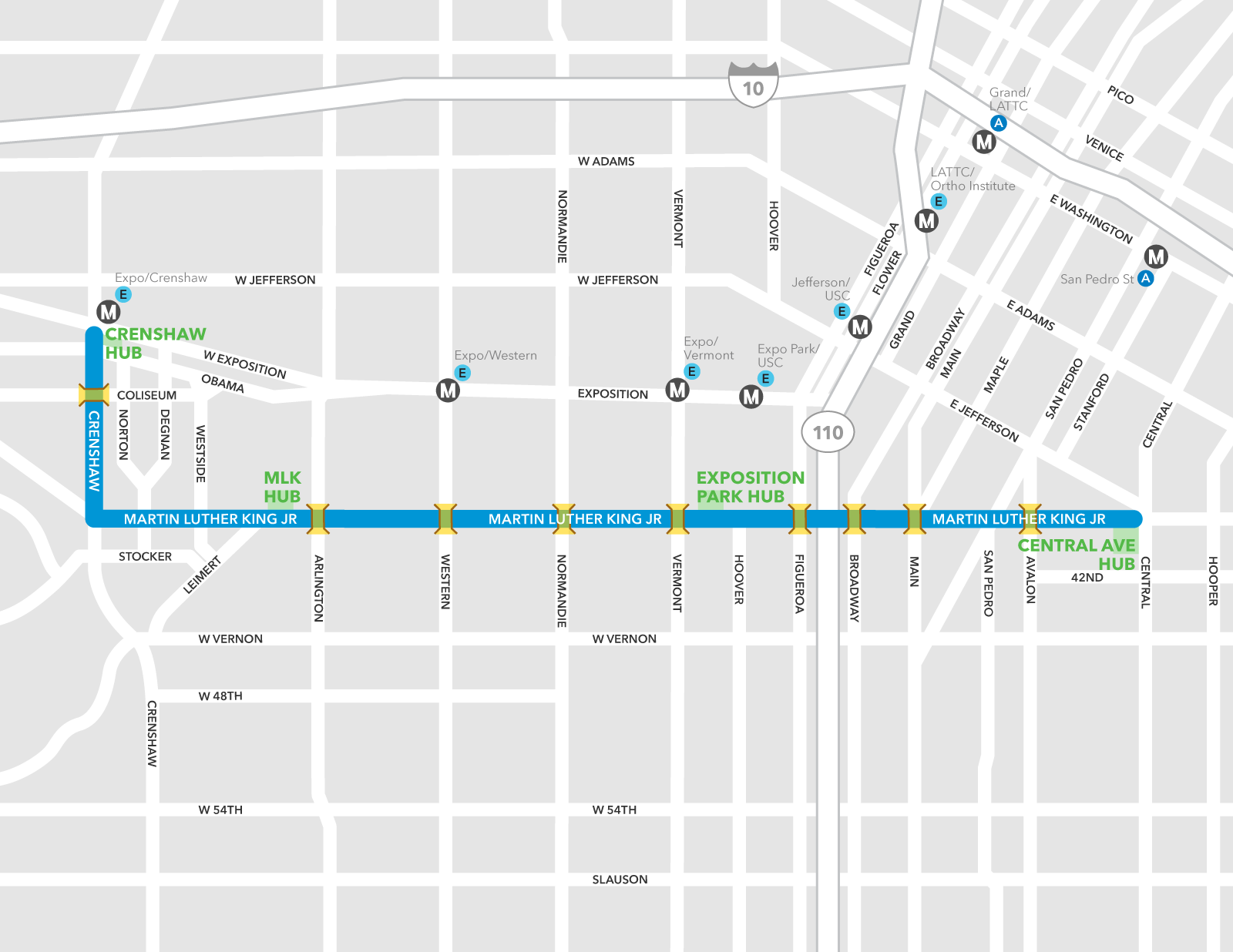 Explore South Central, Exposition Park, Leimert Park, and Crenshaw with us at CicLAvia—South LA on Sunday, December 5, and discover your own gems!