Highlights from CicLAvia—Meet the Hollywoods 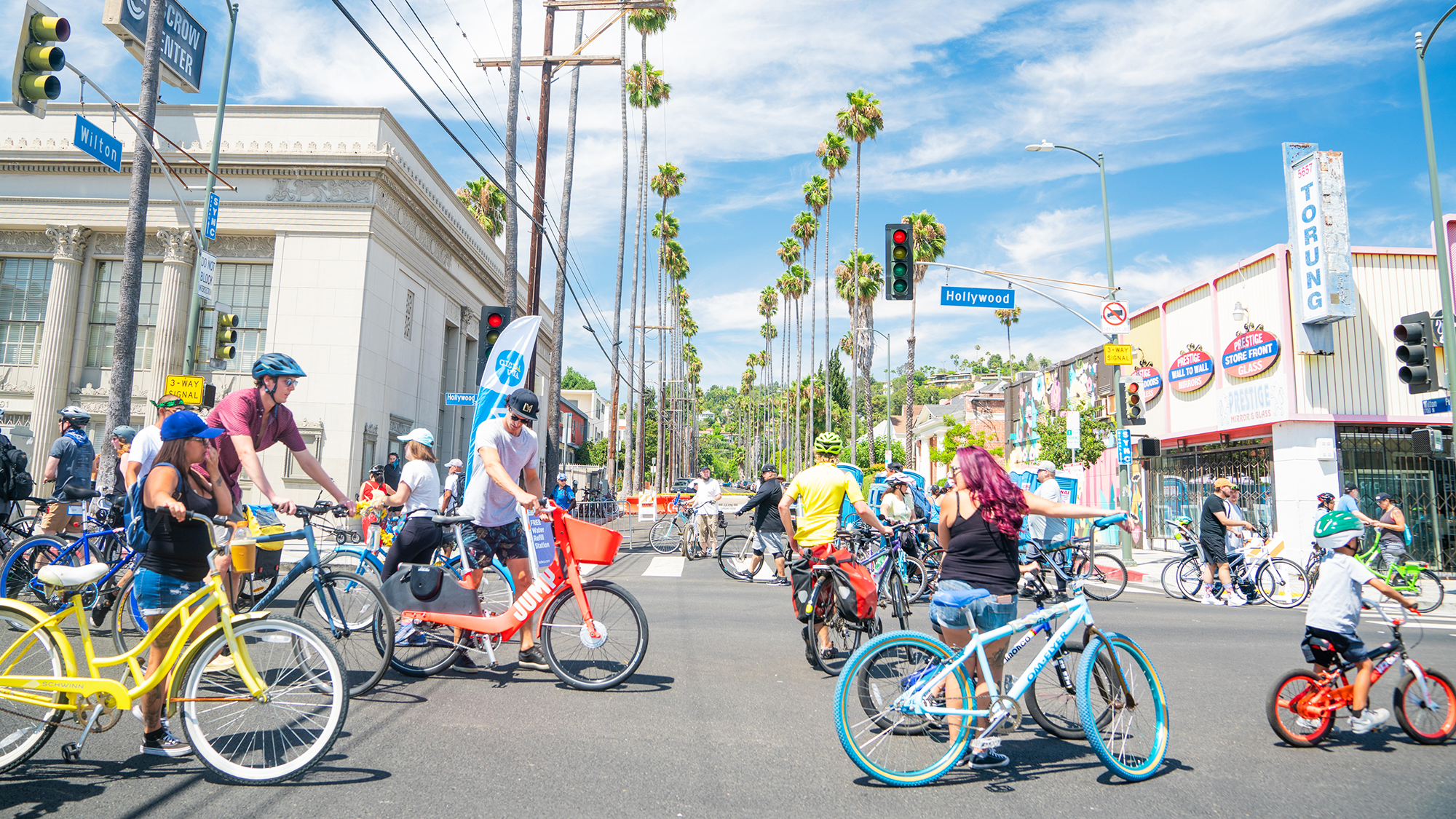 CicLAvia—Meet the Hollywoods was our first foray into many parts of West Hollywood, Hollywood, East Hollywood, Thai Town, and Little Armenia. We invited first-time communities and participants into the car-free streets, and countless Angelenos explored neighborhoods they may have never truly experienced before. 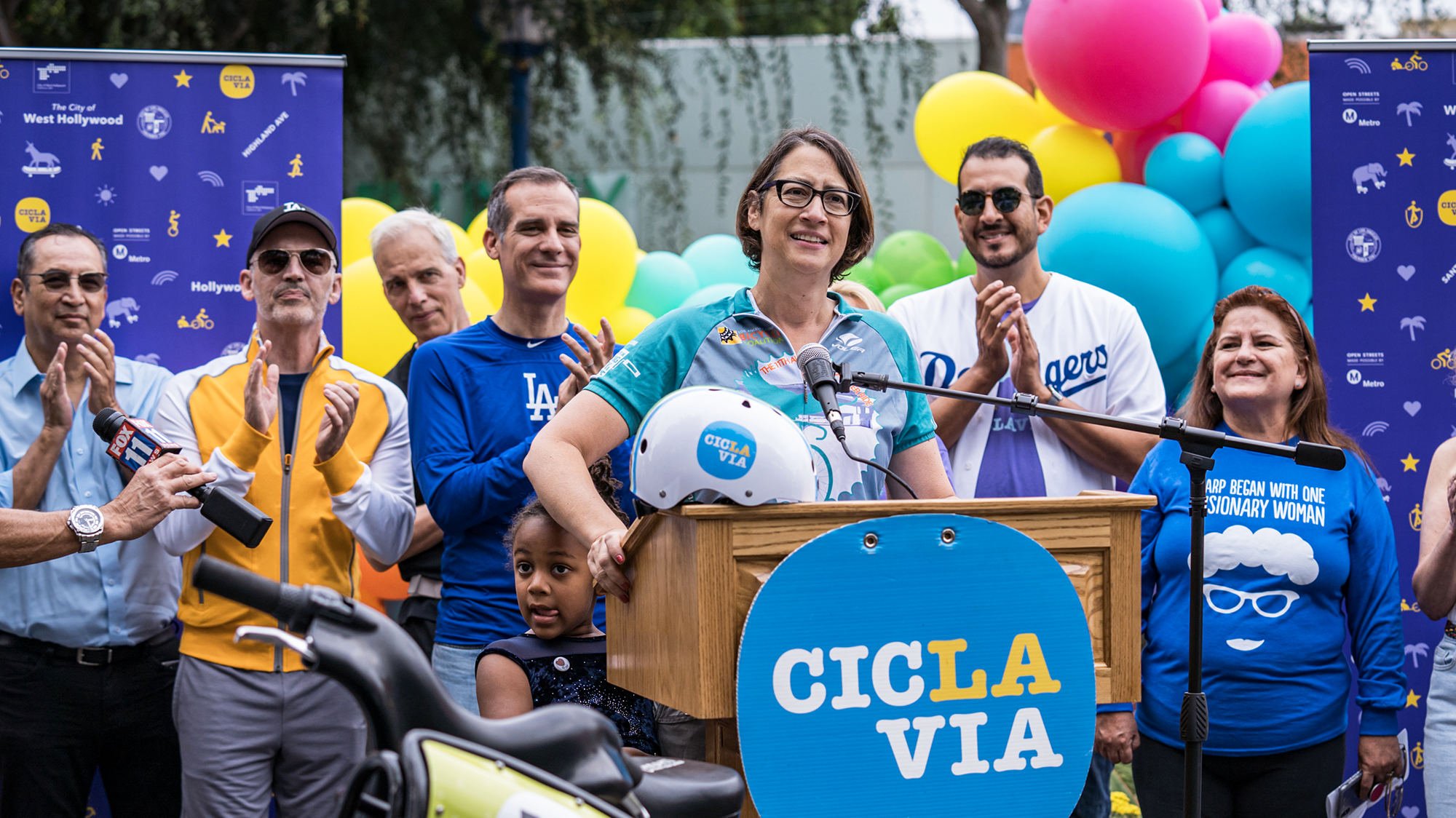 At our opening ceremony, California Assembly Member Laura Friedman noted that "every time CicLAvia takes place, for one day we get to experience what a dedicated active transit community would be like in Los Angeles: safer streets, cleaner air, healthier lifestyles." 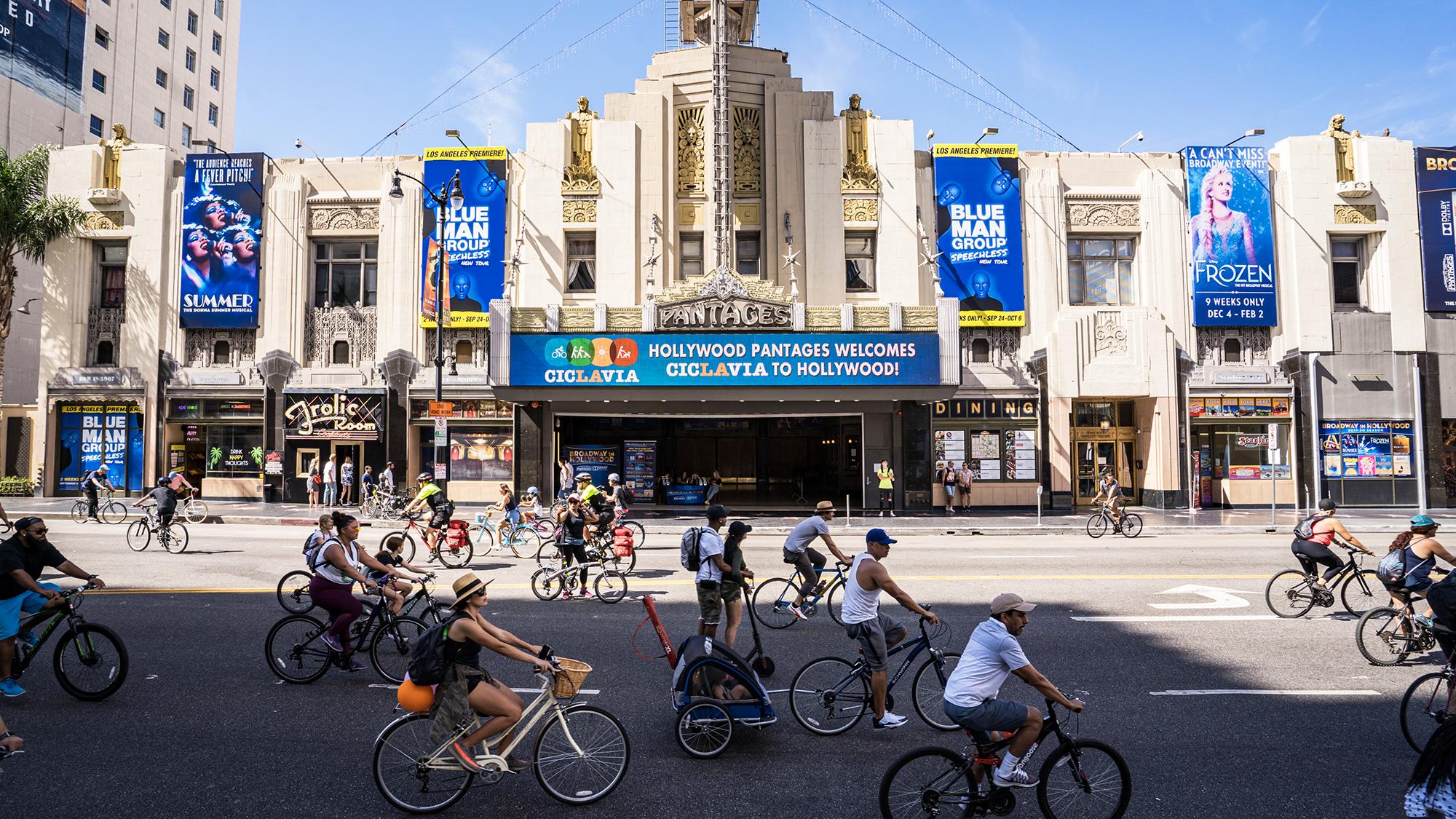 Even for people who drive through this area often, the opportunity to see Los Angeles landmarks like the storied Pantages Theater up close (and without the clutter & sound of car traffic) was an incredible novelty.

Angelenos got up close and personal with local gems such as the El Capitan, the American Cinematheque’s Egyptian Theatre, Barnsdall Park, The Formosa Cafe, the Portrait of Hollywood Mural, and Peter Shire’s postmodern sculptures along Santa Monica Blvd. 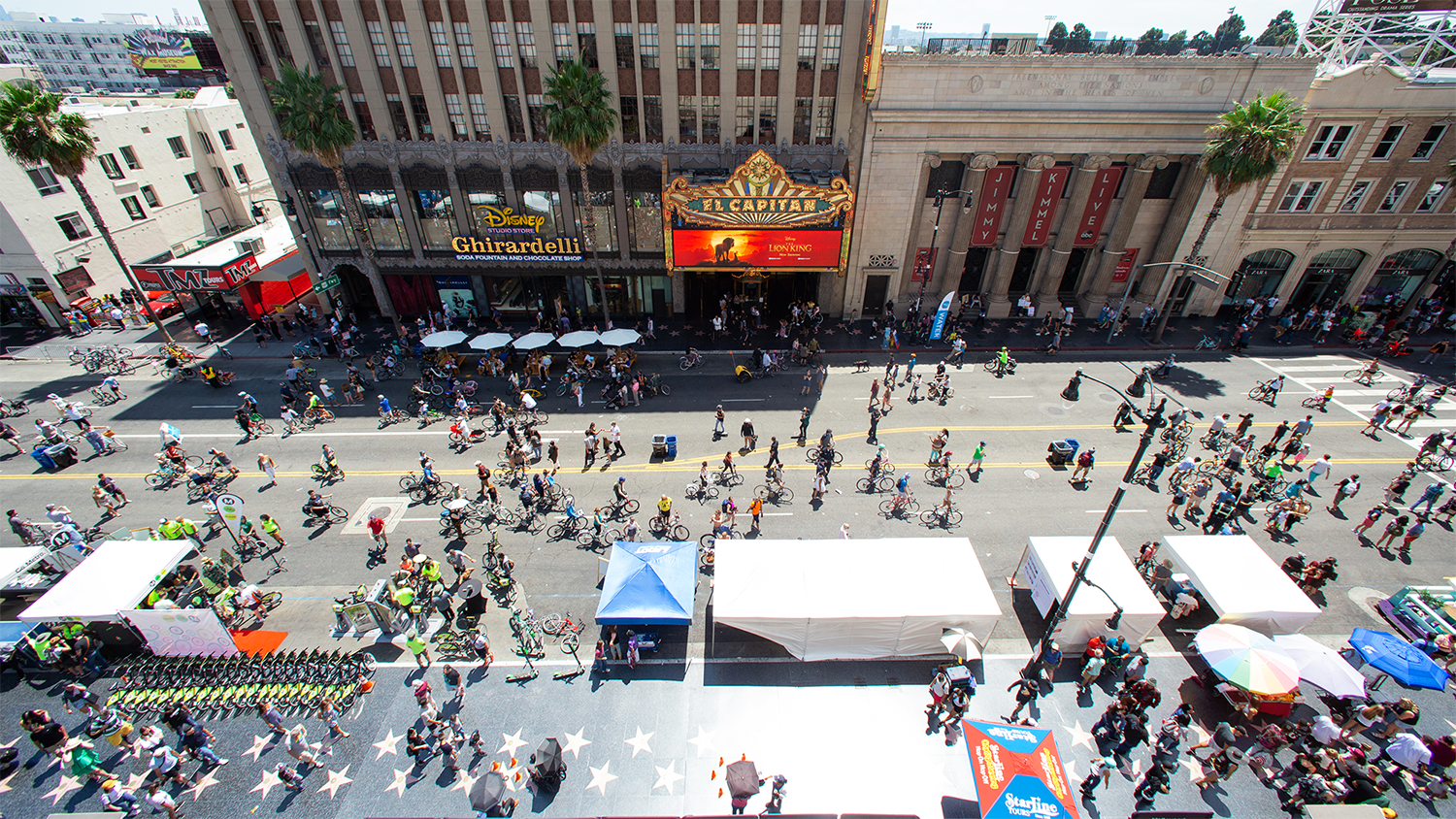 The Hollywood & Highland intersection is surrounded by a plaza of theaters, street performers, and historic architecture, but the street’s traffic usually makes the area feel too crowded to enjoy. This section of the Walk of Fame is also frequently closed for big events, including movie premieres and film productions.

However, when it was closed it to cars on August 18, CicLAvia opened the streets up to pedestrians, skaters, and cyclists so that everyone could safely share in this vibrant public space. 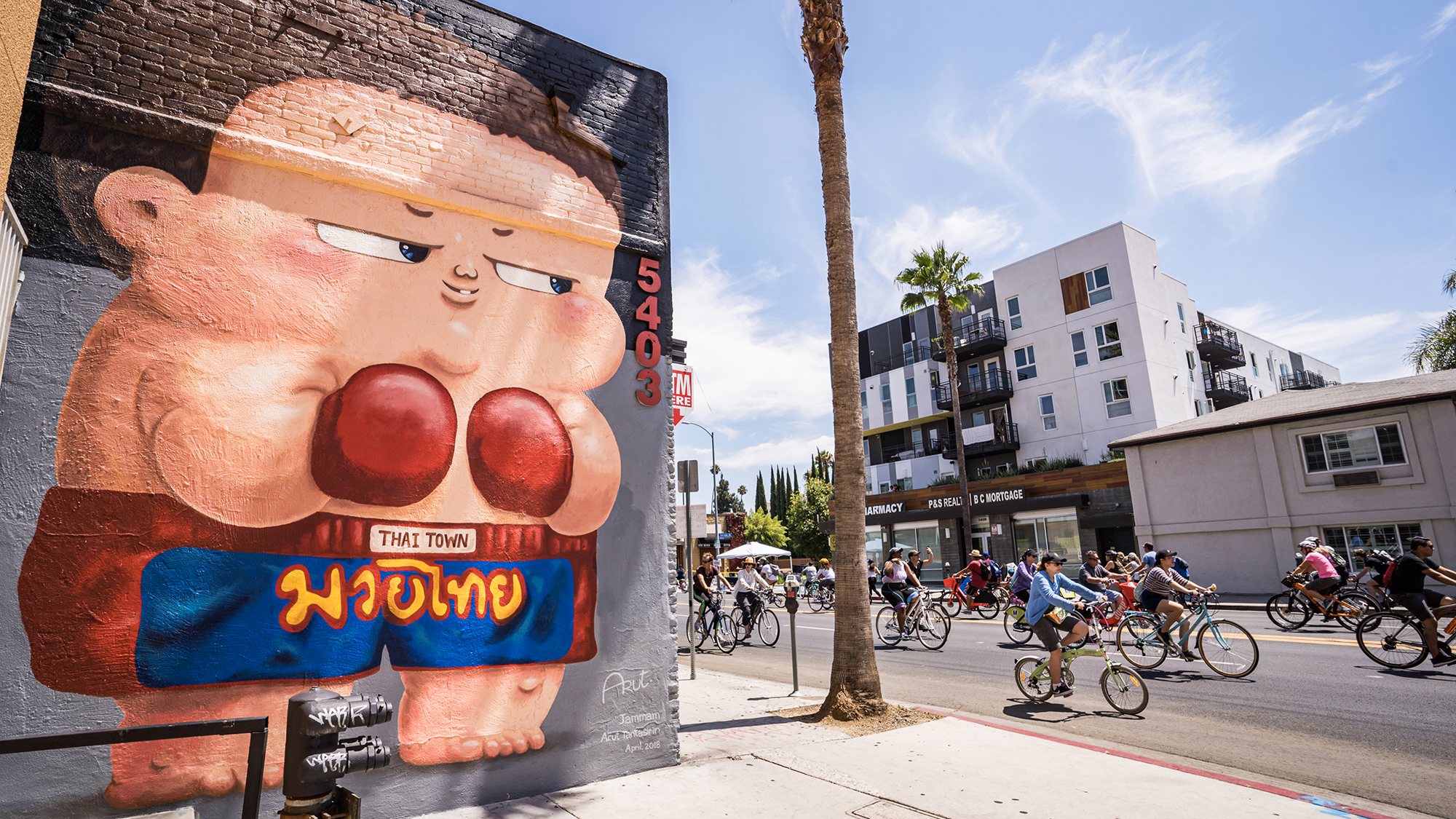 CicLAvia—Meet the Hollywoods was our first trip through Thai Town (officially designated in 1999). Los Angeles is home to the largest community of Thai people outside of Thailand. It’s also home to murals and public art, like “Jammam” by Arut Tantasirin.

Los Angeles County has countless hidden artistic gems; when residents have the chance to slow down and take in their surroundings, they can see them. 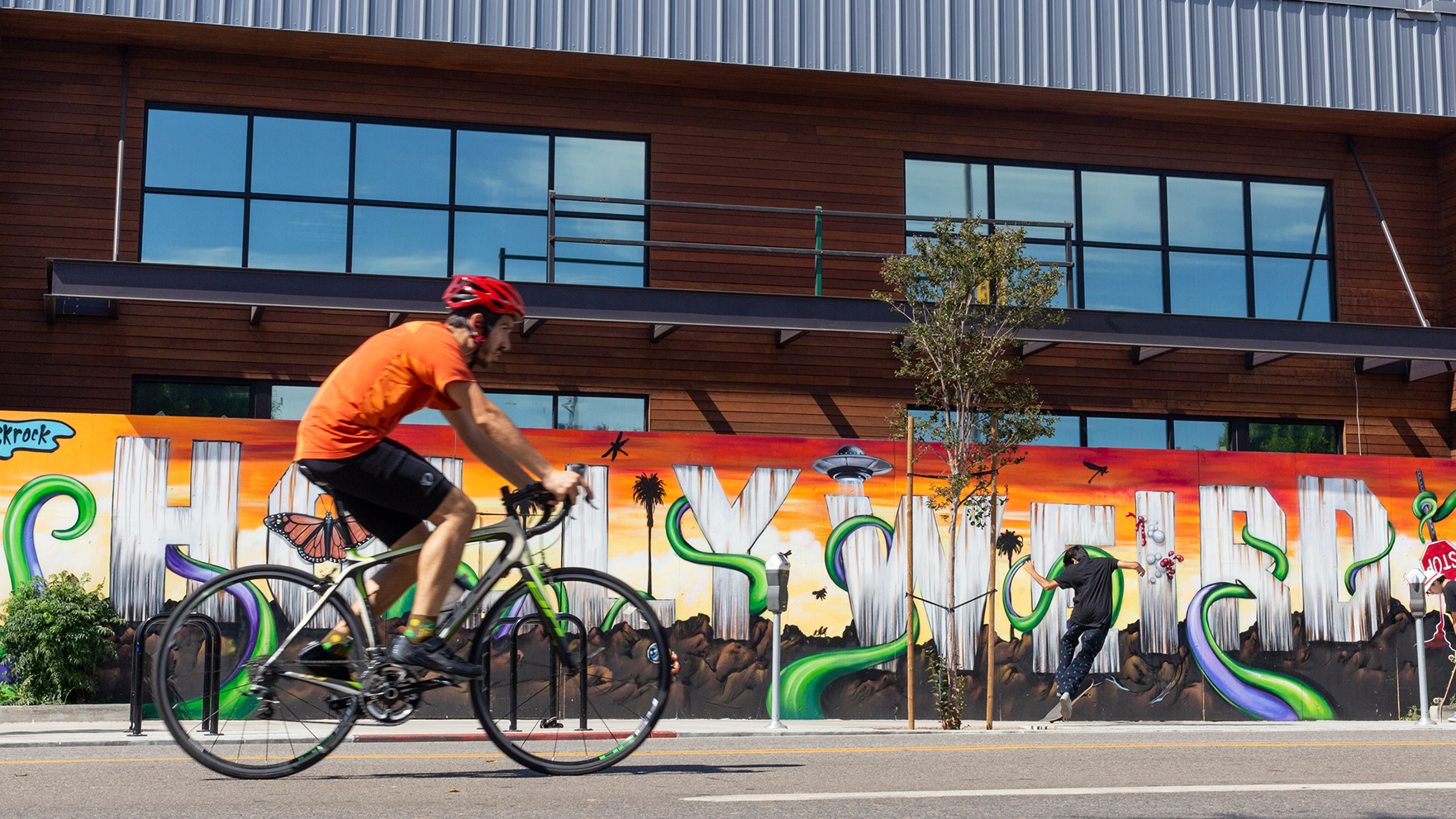 Each CicLAvia route offers something different that makes it unique. Ultimately, though, it’s the community of participants that make CicLAvia events a special tradition, no matter where they take place. 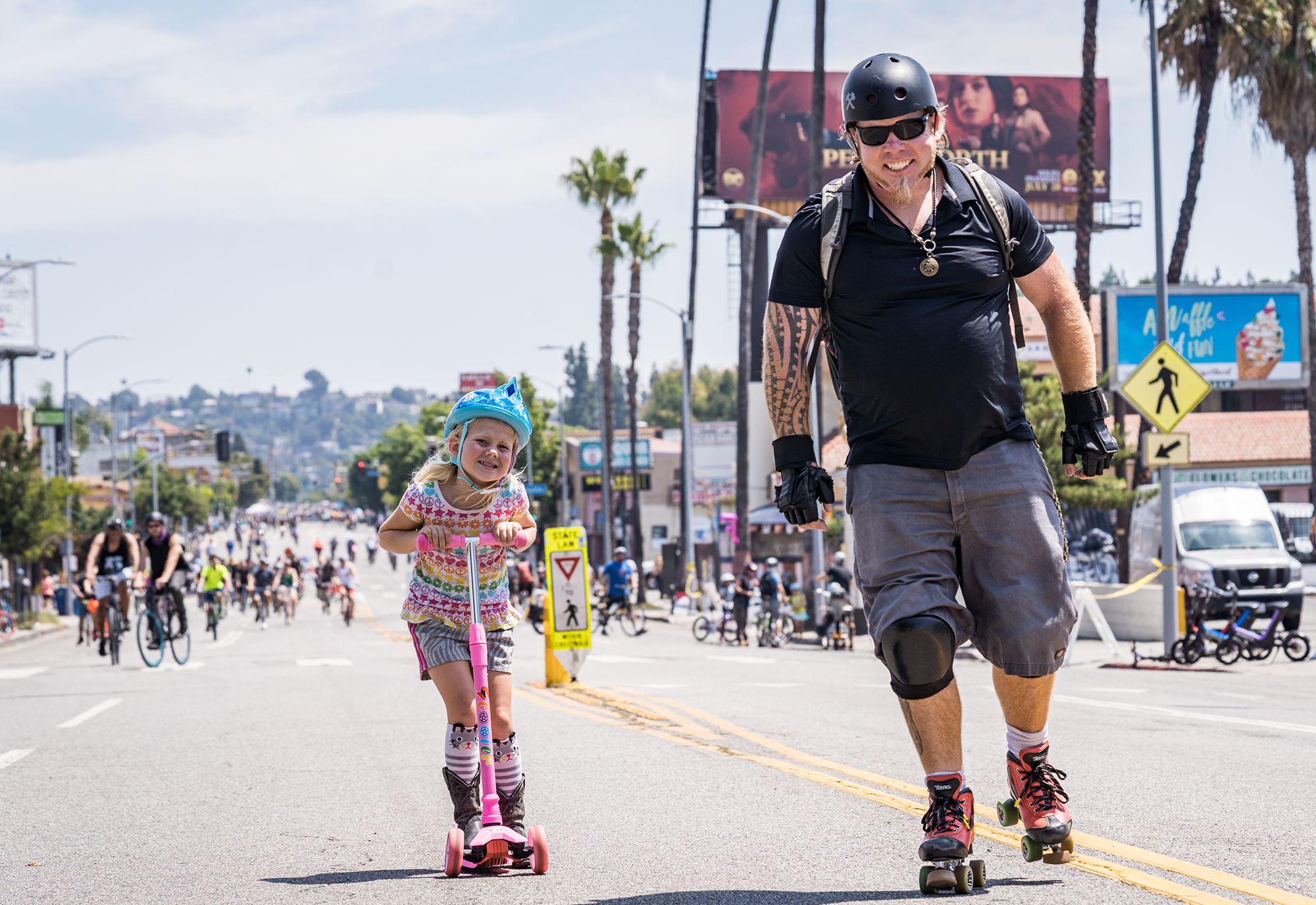 Join us on October 6 as we shift south for CicLAvia—Heart of LA Celebrating UCLA100 through Chinatown, Little Tokyo, DTLA, Arts District, and Boyle Heights!