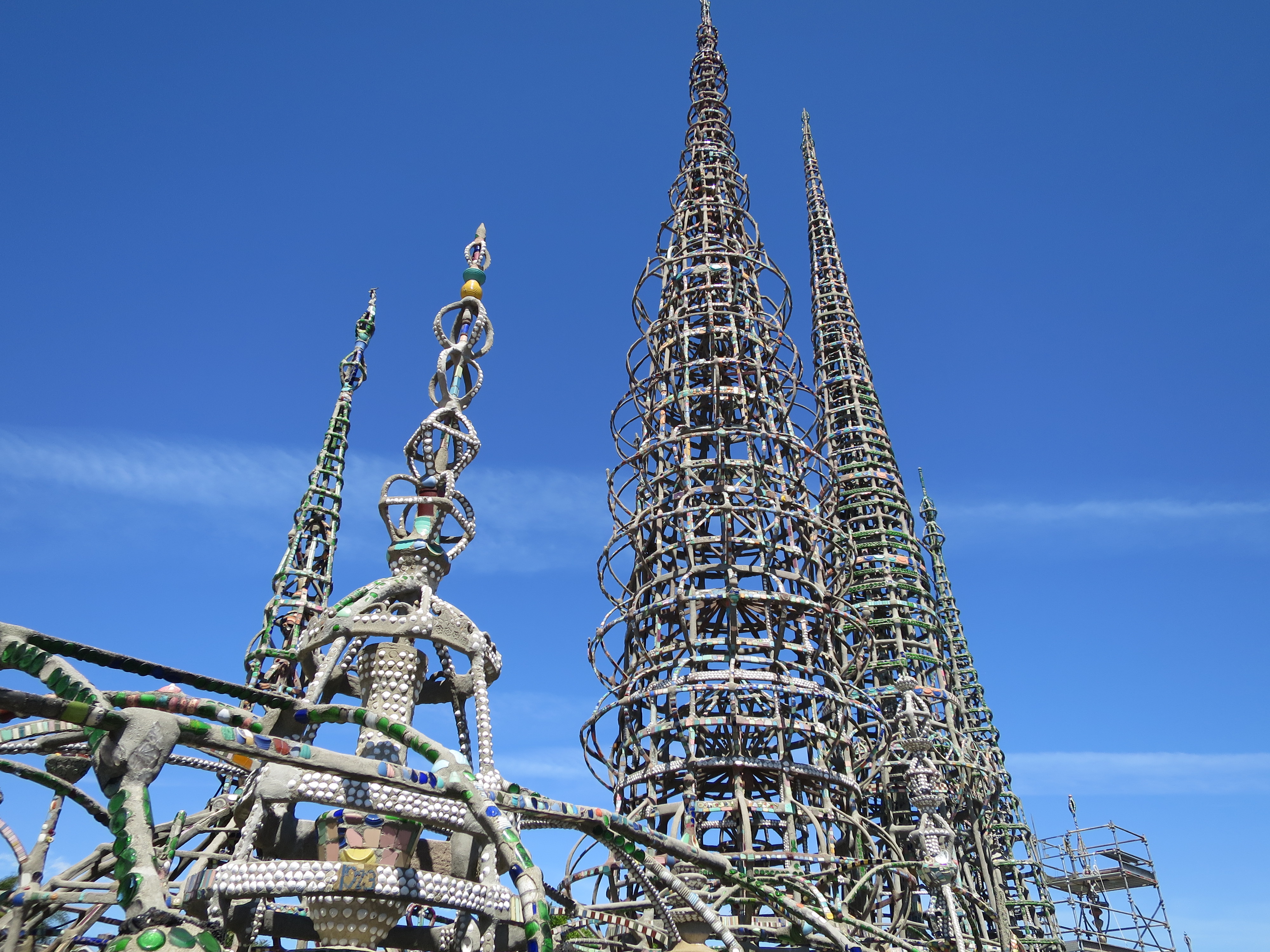 As soon as I saw the route for the upcoming CicLAvia - Southeast Cities presented by Metro, I knew I needed to visit the Watts Towers.

At the Watts Towers Art Center, my tour guide Lucia led me and three other visitors around the site, and taught us all about the life and work of Simon Rodia.

Rodia came from Italy to the US in 1895  when he was only 15. After he lost his brother in the coal mines of Pennsylvania, he settled in Watts in 1920. From here, he started on his artwork, in which he would invest 34 years of his life. 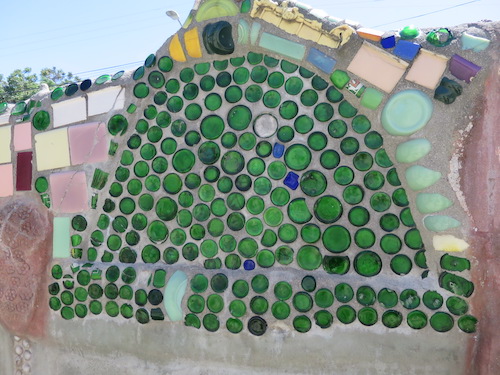 Rodia worked on his towers almost every day, using basic tools and materials which were mostly free. Everybody in town knew that Simon could - and would - use almost anything for his giant pieces of art, so much of his materials were given to him by local community members.

The low walls around the towers are decorated with wave formations and the three giant towers give the impression of a three-master ship, heading east. Perhaps this his mental connection with Italy and his home town Nola, which he left at the age of 15. Rodia’s towers look familiar, like the wooden towers made for the annual Festa di Gegli in Nola, Italy, pictured below. 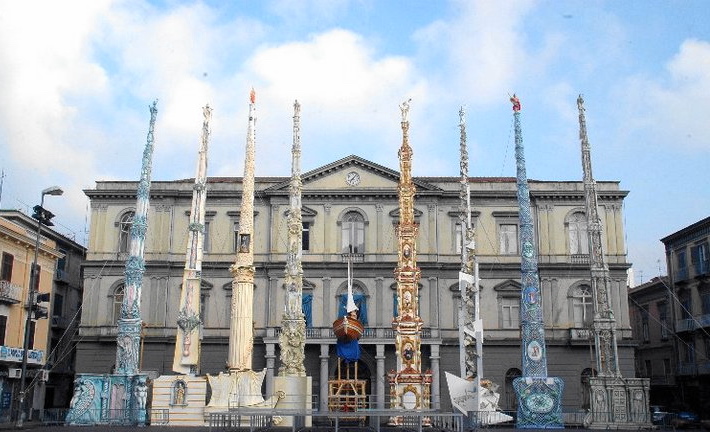 Rodia was a man of few words. When asked about his artwork he said, "I had in mind to do something big and I did it." (sound like another group of Angelenos you know?) The towers are full of history and myth: during World War II some people spread the rumor that Rodia was an Italian spy building radio towers in LA. In the 1950s, others believed he tried to get in contact with life from outer space using the towers.

Today, the Watts Towers Arts Center gives guided tours for $7. Sunday tours are from 12:30 – 3 pm, and a perfect pit stop during your CicLAvia day. The Watts Towers are not directly at the CicLAvia route, but they are pretty close and easy to visit at your bike even: follow E. 103 St. from the Watts hub to 103th Street/Watts Towers metro station. After the rail crossing, follow the sign ‘Watts Towers’ and turn right at Graham Av. and right again at Santa Ana Blvd.