Volunteers of the Month 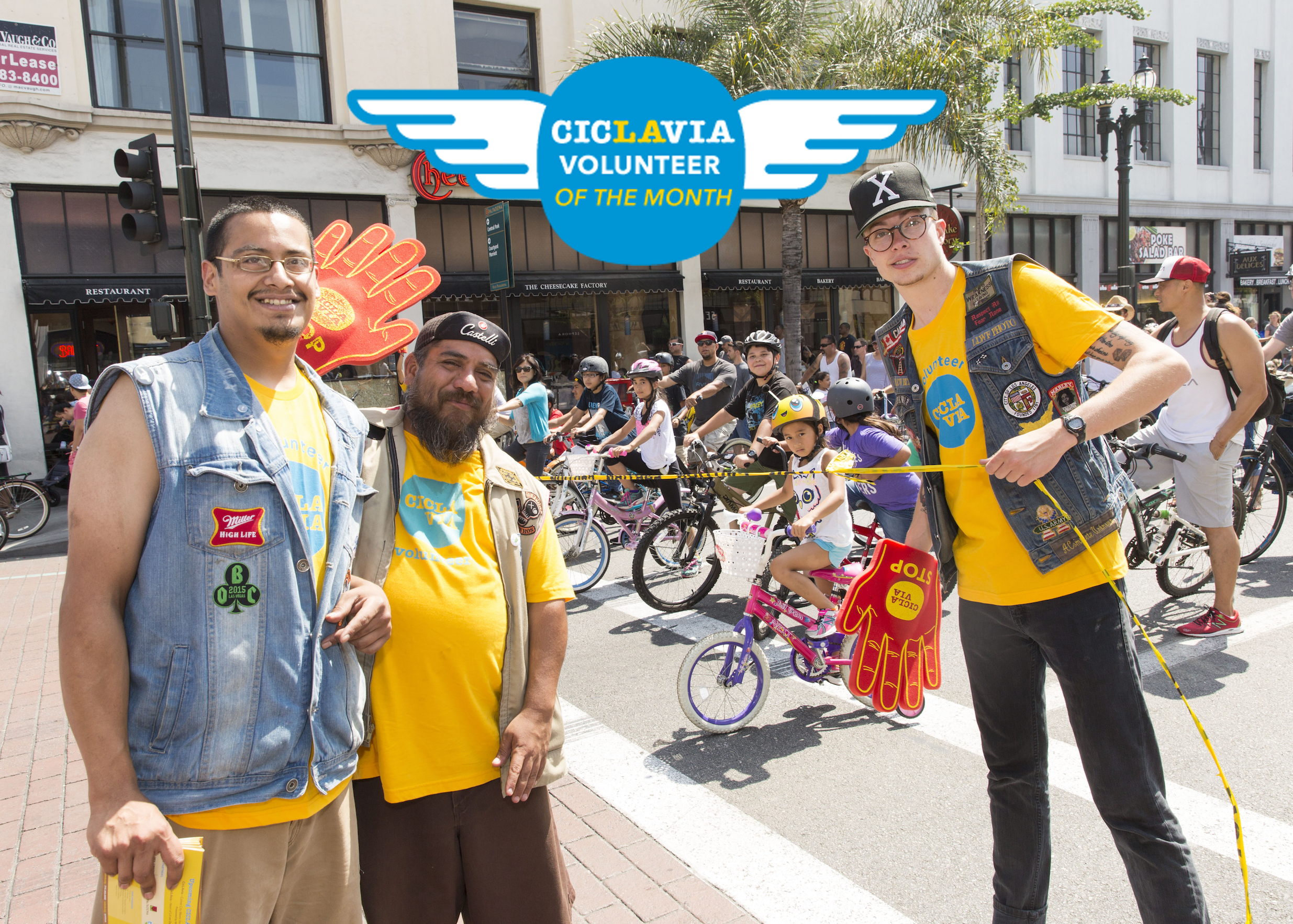 MOM Ridaz is an inclusive bicycle community based out of Echo Park. They currently have members proudly wearing patches in France, Mexico and the United States. Since October 2011, MOM Ridaz have supported CicLAvia in providing safe open streets by adopting an intersection at our events. Providing over 40 of their members to volunteer each event for the last 14 CicLAvias, MOM Ridaz has shown they're not just about riding and promoting bicycle awareness, but also about sense of belonging, inclusiveness, family and giving back to the community. Their other volunteer efforts include: Fit 4 All, Bike Over, Bike Kitchen, LACBC's LA River Ride, and their own holiday giving initiative, Sock the Homeless. Each year MOM Ridaz collects socks, mittens/gloves, scarves and socks to distribute to the homeless on the morning of New Years Day.

"The rainy season is upon us and if you have ever endured walking around with wet socks or have had to spend long periods of time in wet socks, then you can understand the importance of us wanting to warm up the homeless even if it's with this small gesture." MOM Ridaz Jesse Ramon states.

CicLAvia is very proud to have this motivating group as part of our volunteer program! 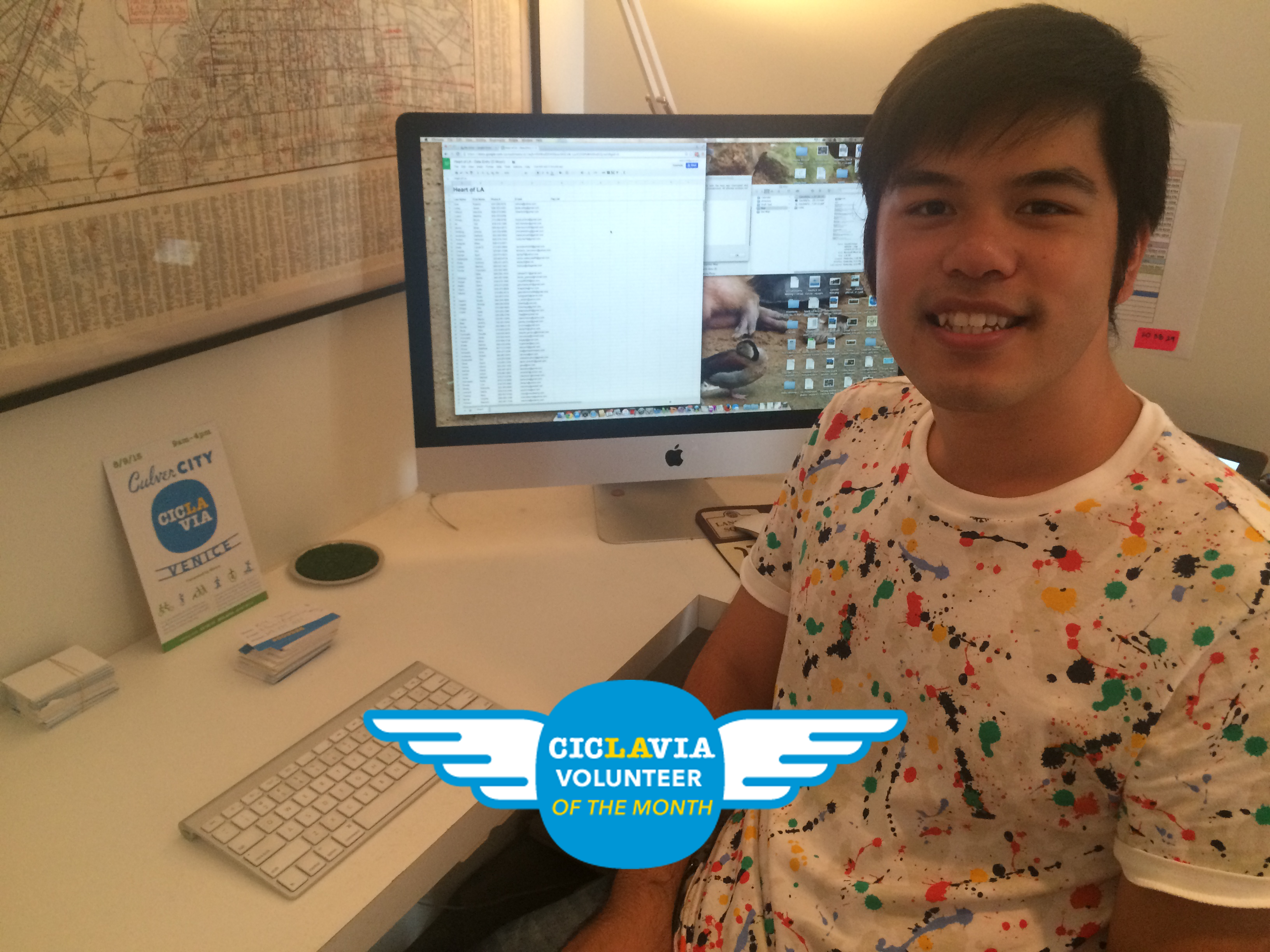 David Woon's interest in connecting communities through open streets is what drew him to CicLAvia. His curiosity about how an organization can make permanent change through temporary events enticed him to volunteer to learn more about the organization and event.

From the first day he volunteered, he was hooked. He found that the work that he did through volunteering was rewarding to the cause and the people he met were very friendly. Since then CicLAvia has allowed him to explore various communities that he would not have known about if he were driving past them.

"I get to share my enthusiasm with hundreds of active individuals while discovering jewels along the route," David said.

David is one of the most consistent, dedicated volunteers in our office. Thank you for all your hard work, David!

Please join us in congratulating both MOM Ridaz and David Woon for being CicLAvia Volunteers of the Month!