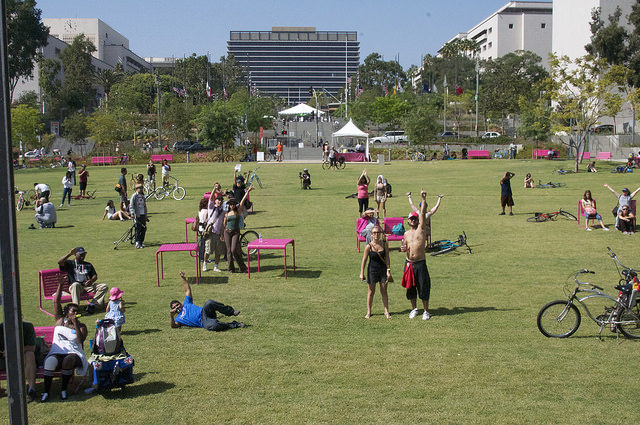 Get on out there and enjoy this beautiful city! Here are some fun free things around town the week of September 3, 2018.

Back for its 34th year, check out the Twilight on the Pier concert series in Santa Monica. Tonight’s theme is Latin Waves with four acts on three different stages starting at 6:30 p.m.

Take advantage of your last chance to dance under the stars in Grand Park, as Dance Downtown hosts its final dance party of the season. It’s 90’s music tonight from 7pm to 11pm.

Head to LACMA tonight at 6 p.m. to hear vocalist Barbara Morrison, the winner of the 10th annual L.A. Jazz Treasure Award. Her voice, described as “rich, unique, and soulful,” is put to exceptional use as she performs both jazz and blues classics in conjunction in with original and contemporary songs.

Treat yo self - Get some sunshine and tasty food today at Smorgasburg LA at the Alameda Produce Market in DTLA from 10 a.m. to 4 p.m.