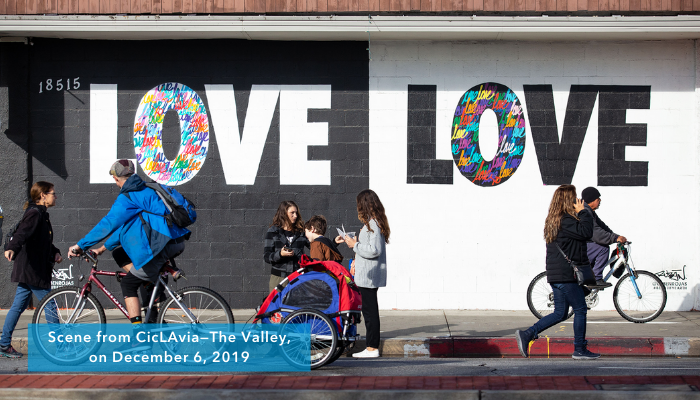 Before the first CicLAvia in 2010, we weren't sure if anyone would take advantage of open streets in a city with a “car culture” like Los Angeles. By 2015, after 15 events drawing hundreds of thousands of Angelenos, we had become an institution – making safer streets a part of the culture.

Take a look at some of the highlights of our last ten years, fun facts and memories we made along the way, and our optimism for the next decade. 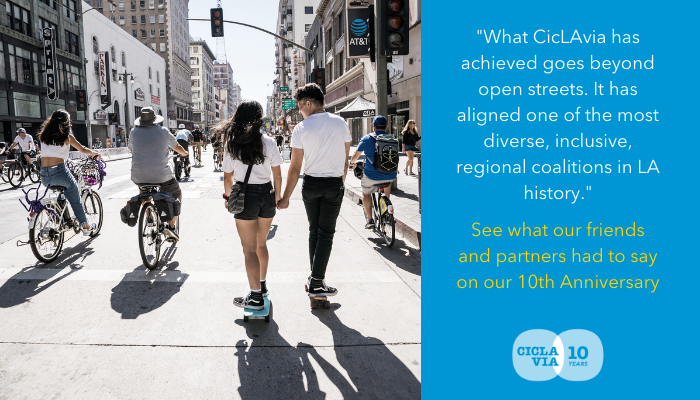 We received an outpouring of kind words and testimonials as we celebrated our 10 years (and counting) in Los Angeles. Read through what LA-based journalists, partner organizations like LACMA and the LA Public Library, and Mayor Eric Garcetti had to say. 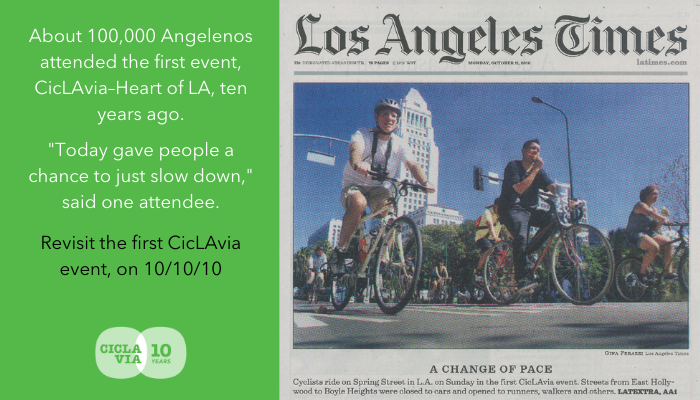 For many Angelenos, our 2010 event was their first sight of streets not only empty of cars but completely safe for joggers, runners, bicycles, skates, wheelchairs, and even sitting and dancing – and it was incredibly powerful. Revisit our first event through photos and newspaper articles from that day. 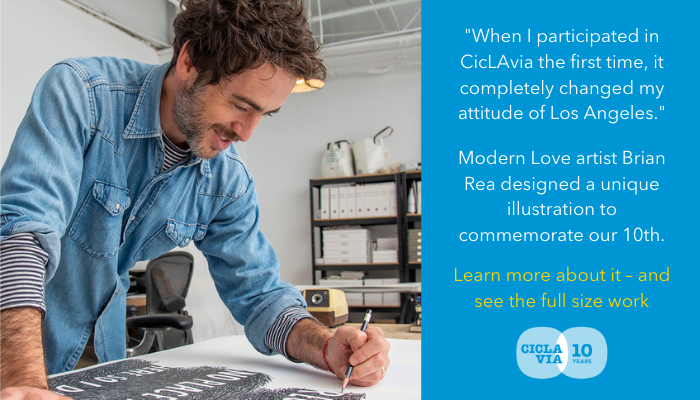 We were thrilled to collaborate with Los Angeles artist Brian Rea as he designed an image that captures the joy, excitement, and energy that our events bring to LA streets and communities. See Rea's unique work of art, and learn about his experience with art in our city. 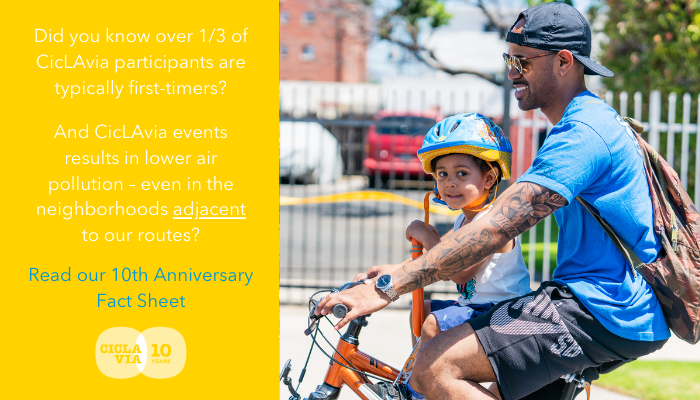 Facts from the Past Ten Years

From supporting local businesses on and off our routes to giving Angelenos a boost of exercise, we've learned a lot about the role our events play in the health and growth of our city. Take a look at some of the progress we've made in a decade. 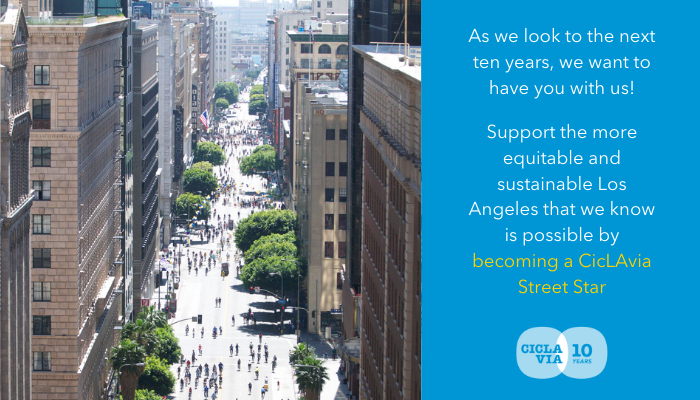 Make a difference in the future of Los Angeles by becoming a CicLAvia Street Star today. Your monthly donation shows your support for active transportation, small businesses, open streets, and good health.

Do you like this page?
CicLAvia Stories
CicLAvia Illustrated: An Interview with Brian Rea
The First CicLAvia
Reimagining the future of LA at Fast Pitch 2020
CicLAvia Store