Highlights from the Heart of Los Angeles 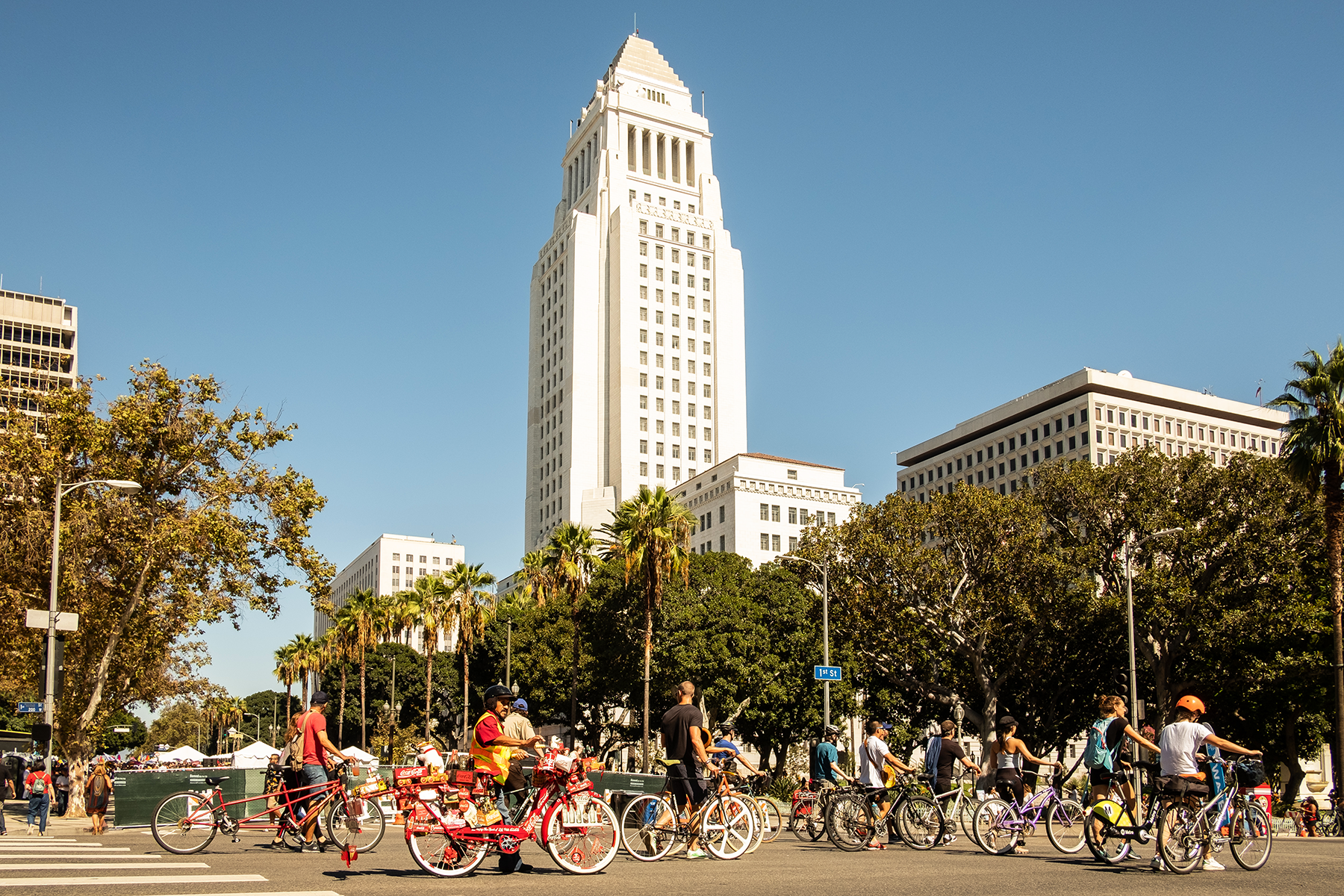 This was the 33rd CicLAvia event since its inception in October 2010, and once again, the cyclists, skaters & skateboards, runners and pedestrians who participated felt that Los Angeles is both larger and yet more close-knit than they may have thought before. 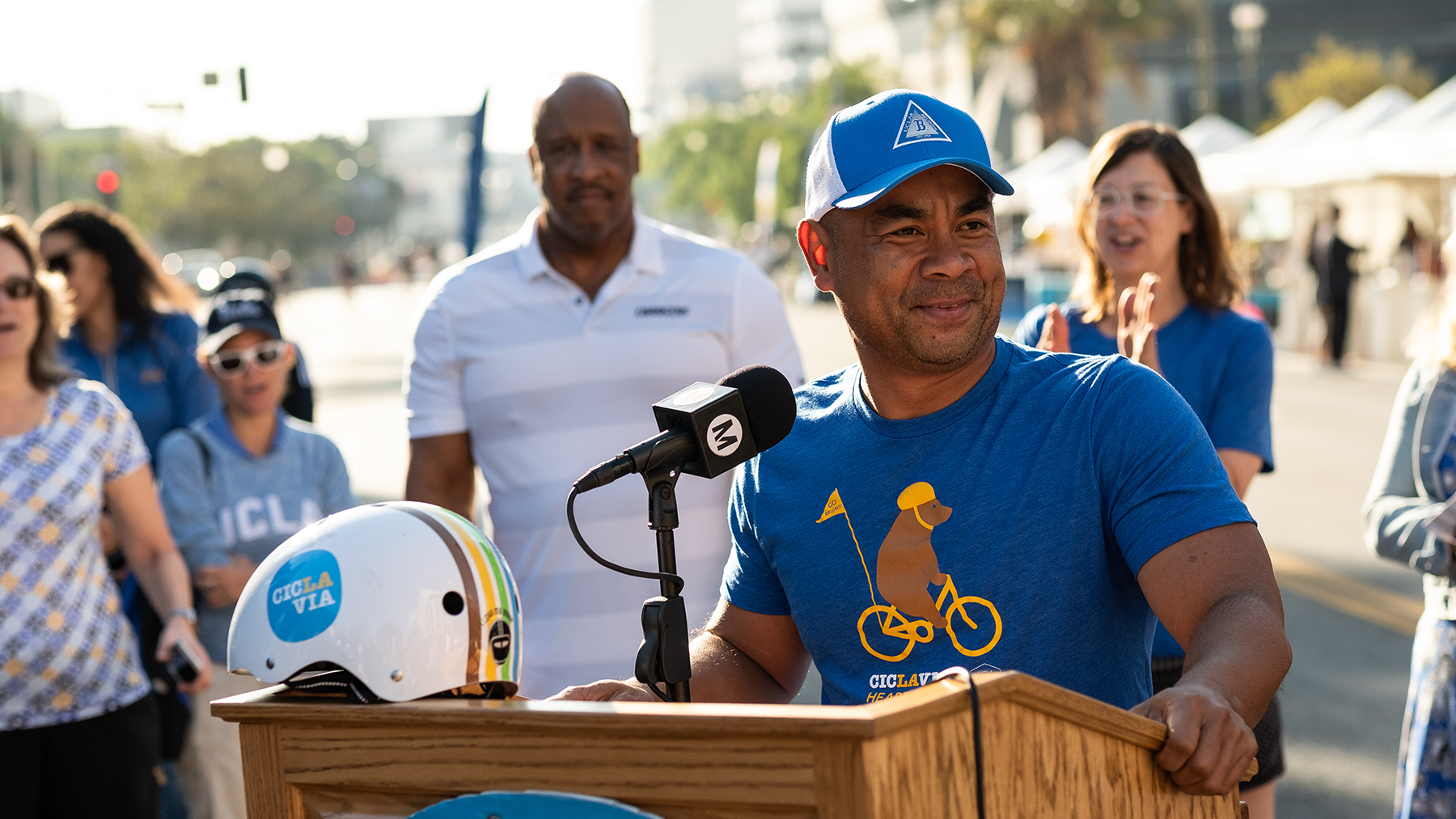 LA’s potential to be a walkable, bikeable, active mobility, multi modal city was an observation made by several partners at that morning’s press conference. 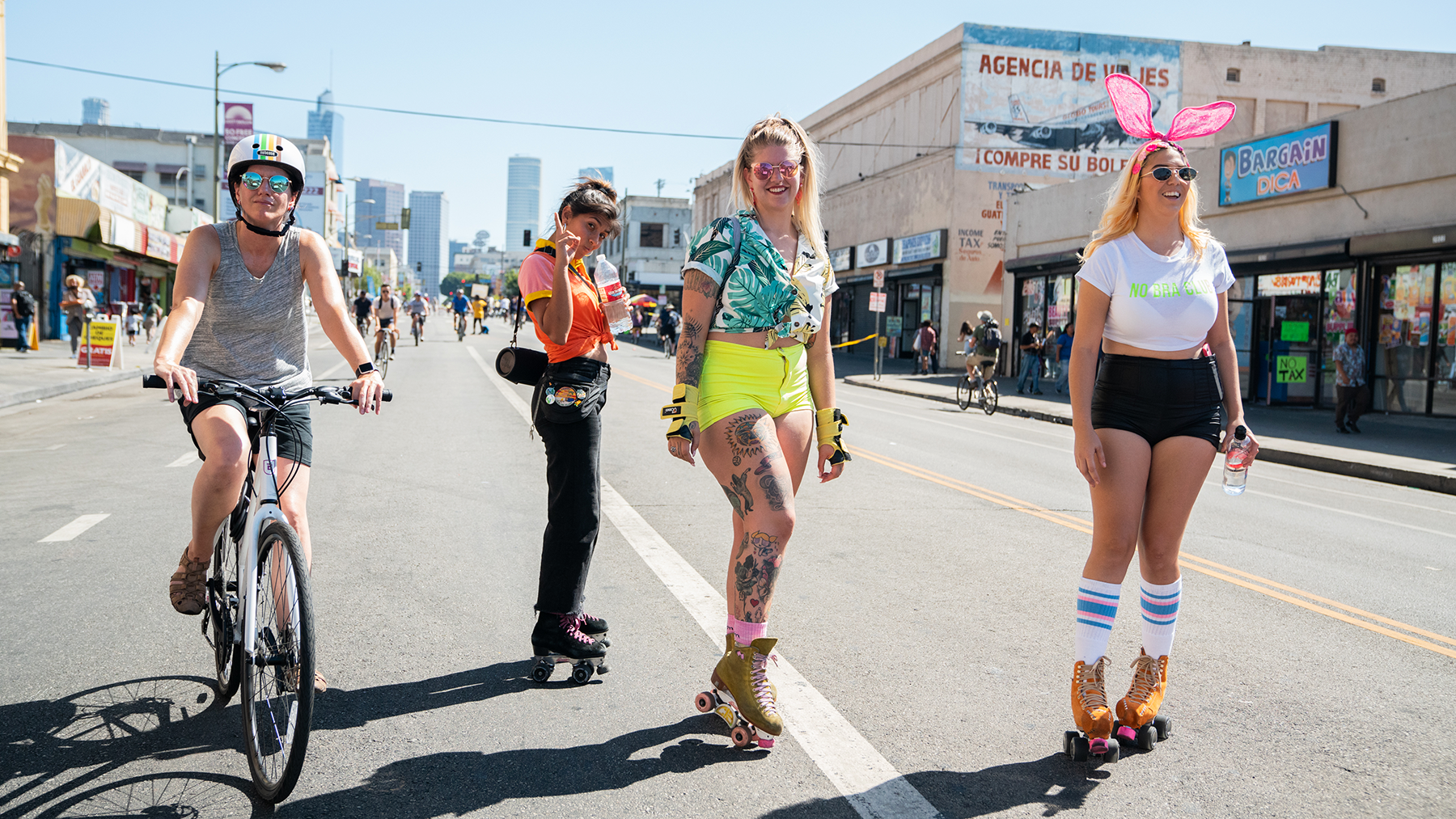 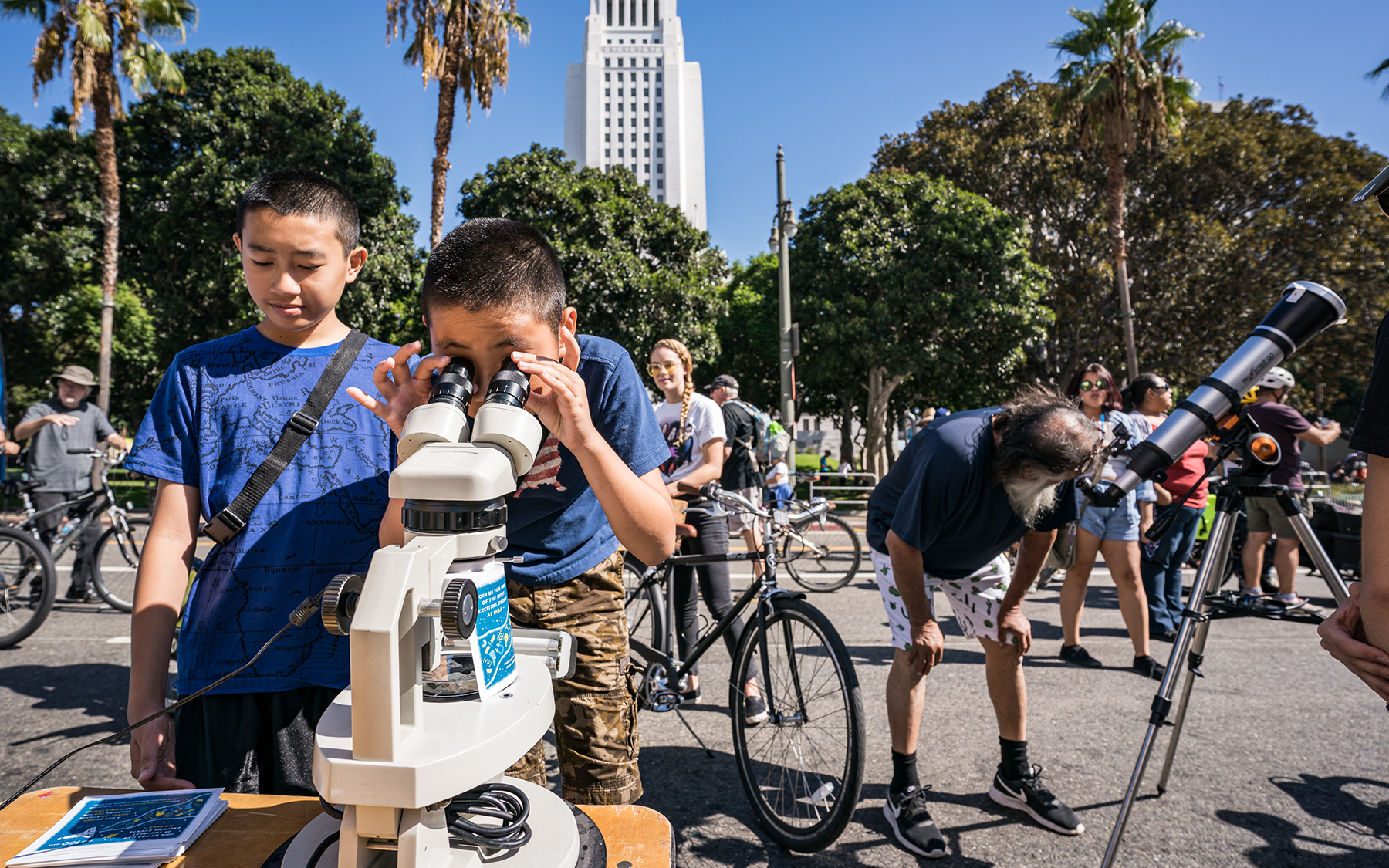 UCLA’s Centennial Celebration partnership with CicLAvia brought a number of fascinating activities to the Civic Center Hub, like the pop-up exhibit of “Exploring Your Universe.” Angelenos viewed the very small and the very far away (with microscopes and telescopes), played with landscapes in augmented reality, and viewed intricacies of the architecture on UCLA’s campus. 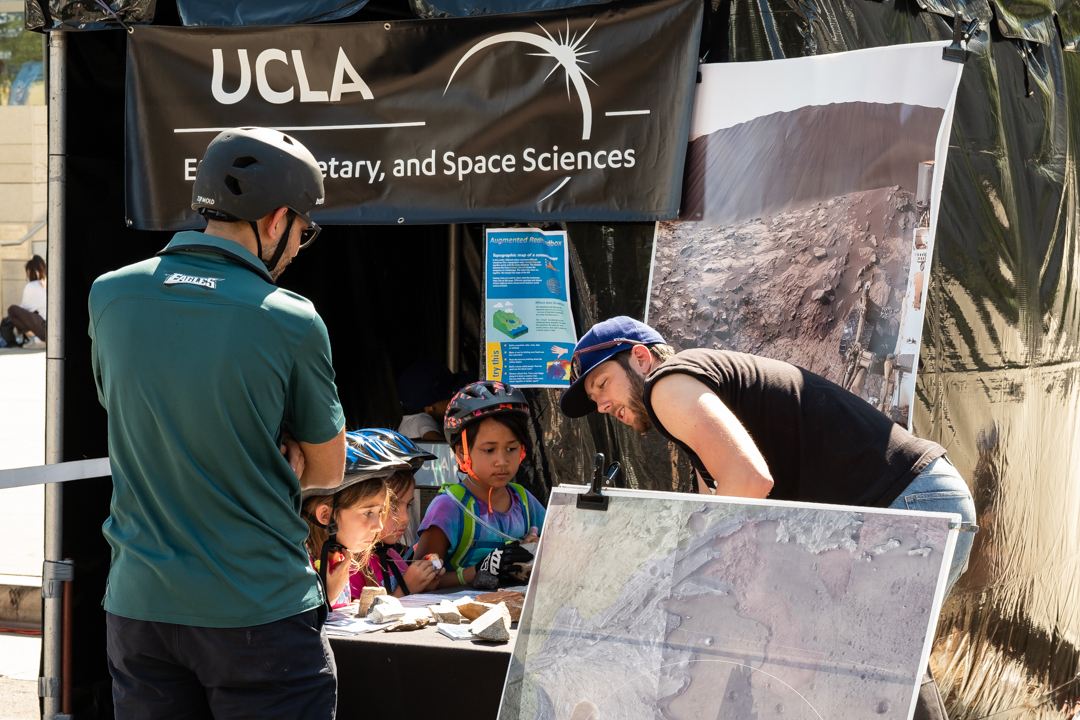 In both mission and practice, UCLA was a fantastic partner for an open streets event. They brought a deep understanding of how neighborhoods grow and thrive together.

“Josiah Royce, the great American philosopher for whom one of UCLA’s original buildings was named, celebrated the beloved community,” said Jennifer Poulakidas, UCLA’s associate vice chancellor for government and community relations. “And this beloved community is a community capable of achieving the highest good as well as the common good. With every route, CicLAvia achieves just that. It binds us together and allows us to experience and connect with our city like we really hadn’t been able to do before this.” 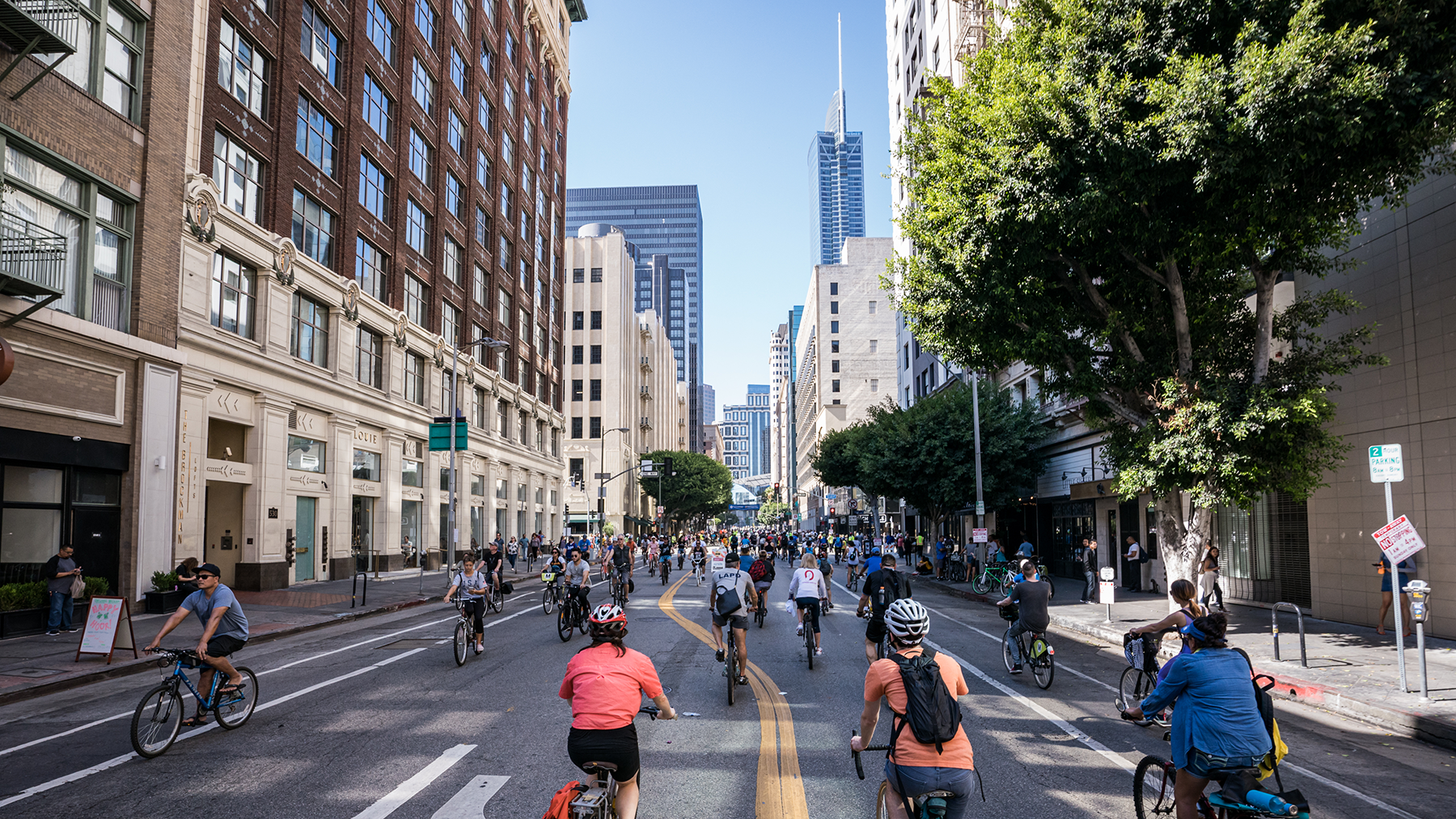 Participants could see a wide swath of Los Angeles anywhere they turned: from landmarks like the Brockman Building, Figueroa Tower, the Roosevelt Building, and the Wilshire Grand along Seventh Ave to street art, murals, and sculptures throughout the Arts District. 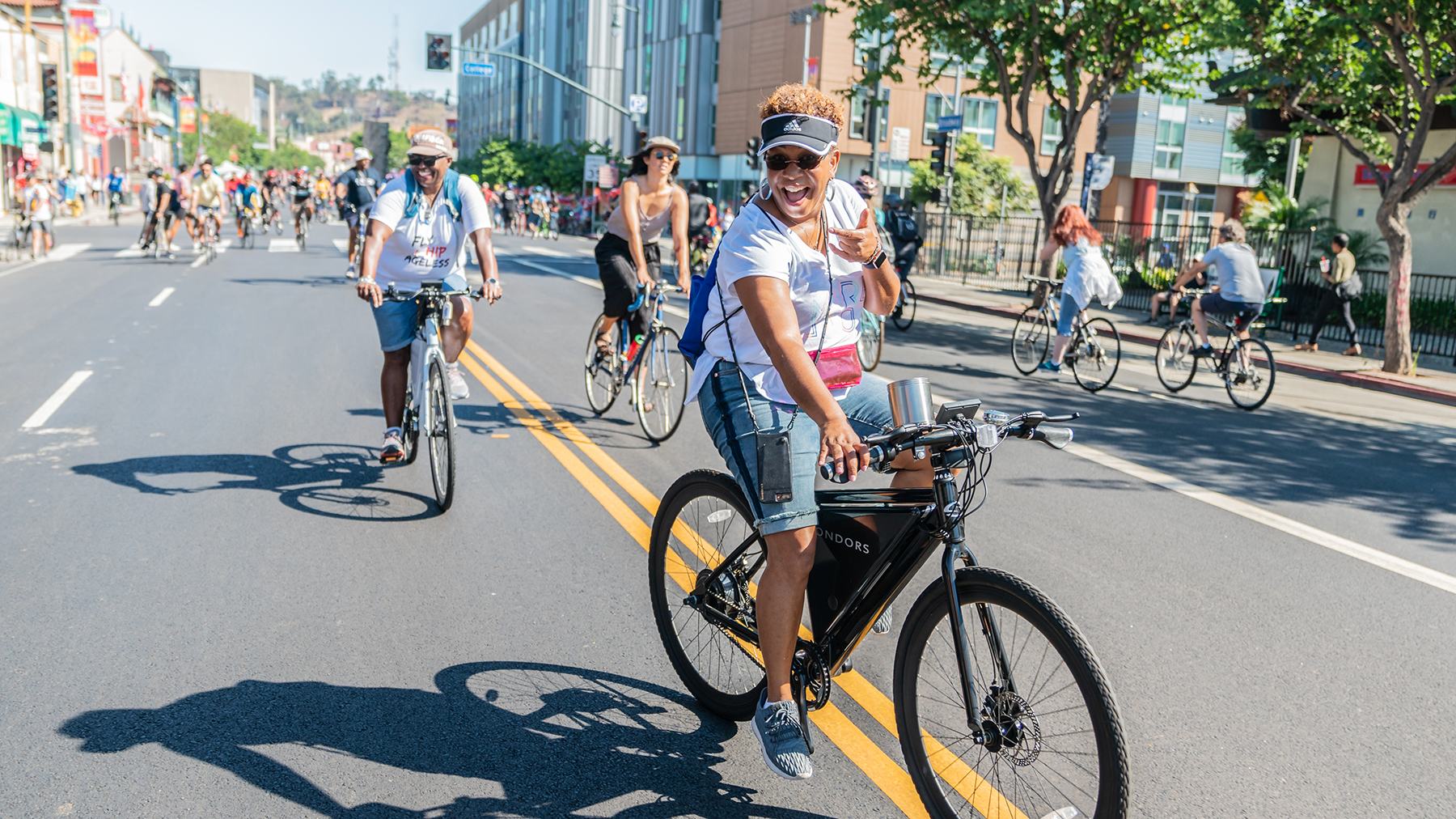 It’s the people that make CicLAvia events a special tradition, no matter where they take place. When people see LA streets as active and open, they exude an energy that’s contagious. It becomes more fun just to be present on the streets. 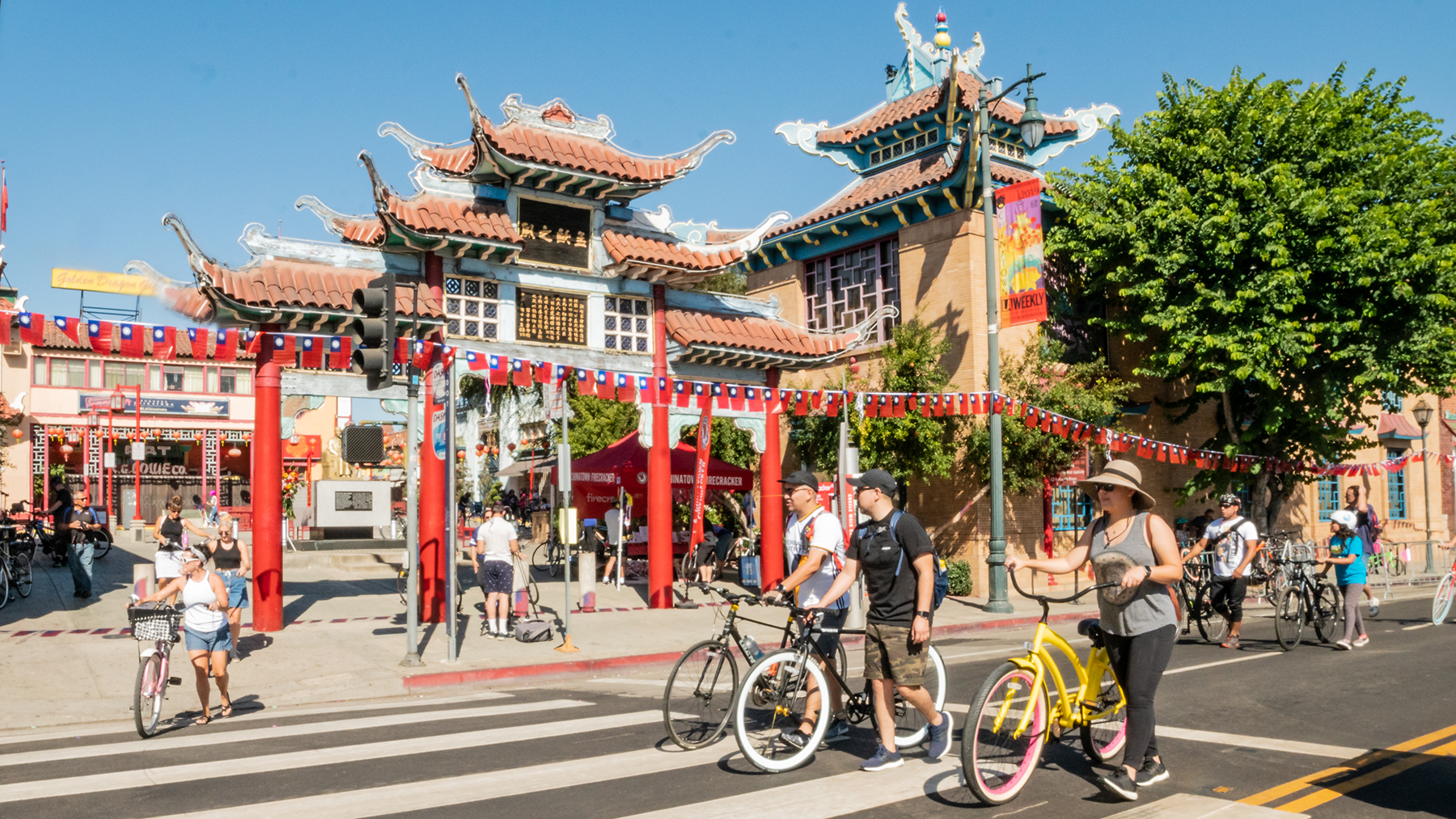 Many Angelenos report discovering a totally new neighborhood or landmark when they take part in CicLAvia Sundays, some even just a short ways from their home. The open streets give residents a new way of looking at their own part of town, making it easier to finally see what you’ve often missed out on. 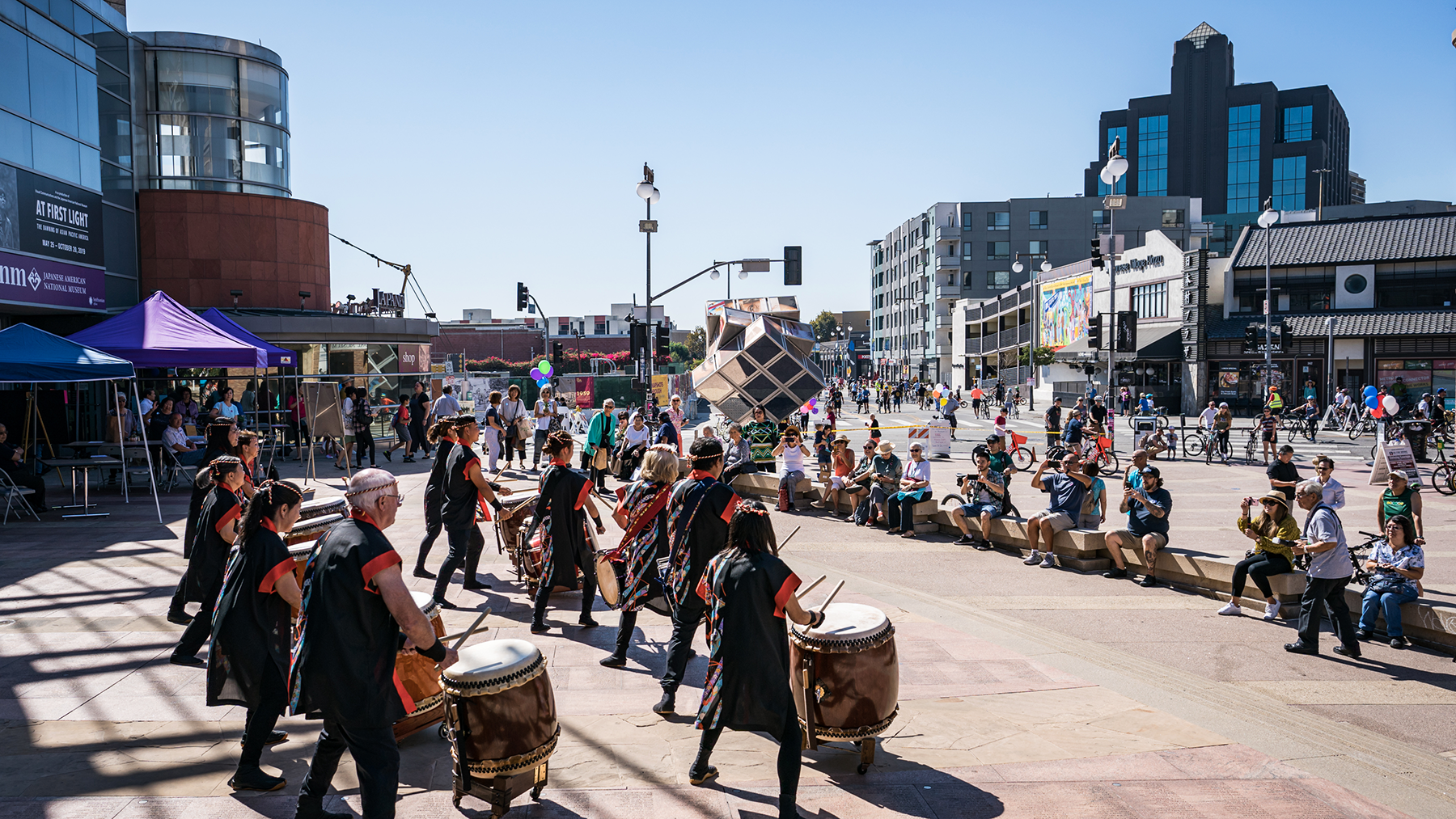 Several events occurred at the same time nearby or along the route, like the Kokoro Craft Boutique at the Japanese American National Museum and the La Feria de Los Moles festival in Grand Park (the largest Mexican food festival in the US). Lit Crawl LA hosted authors and readers at the Last Bookstore, the LA Public Library, and a booth at the Chinatown Hub.

CicLAvia is a unique experience because almost every route is different, sometimes in completely new parts of Los Angeles County. On December 8, the streets of Canoga Park, Reseda and Winnetka will open to foot traffic for the first time - with new landmarks and sights to see without cars. 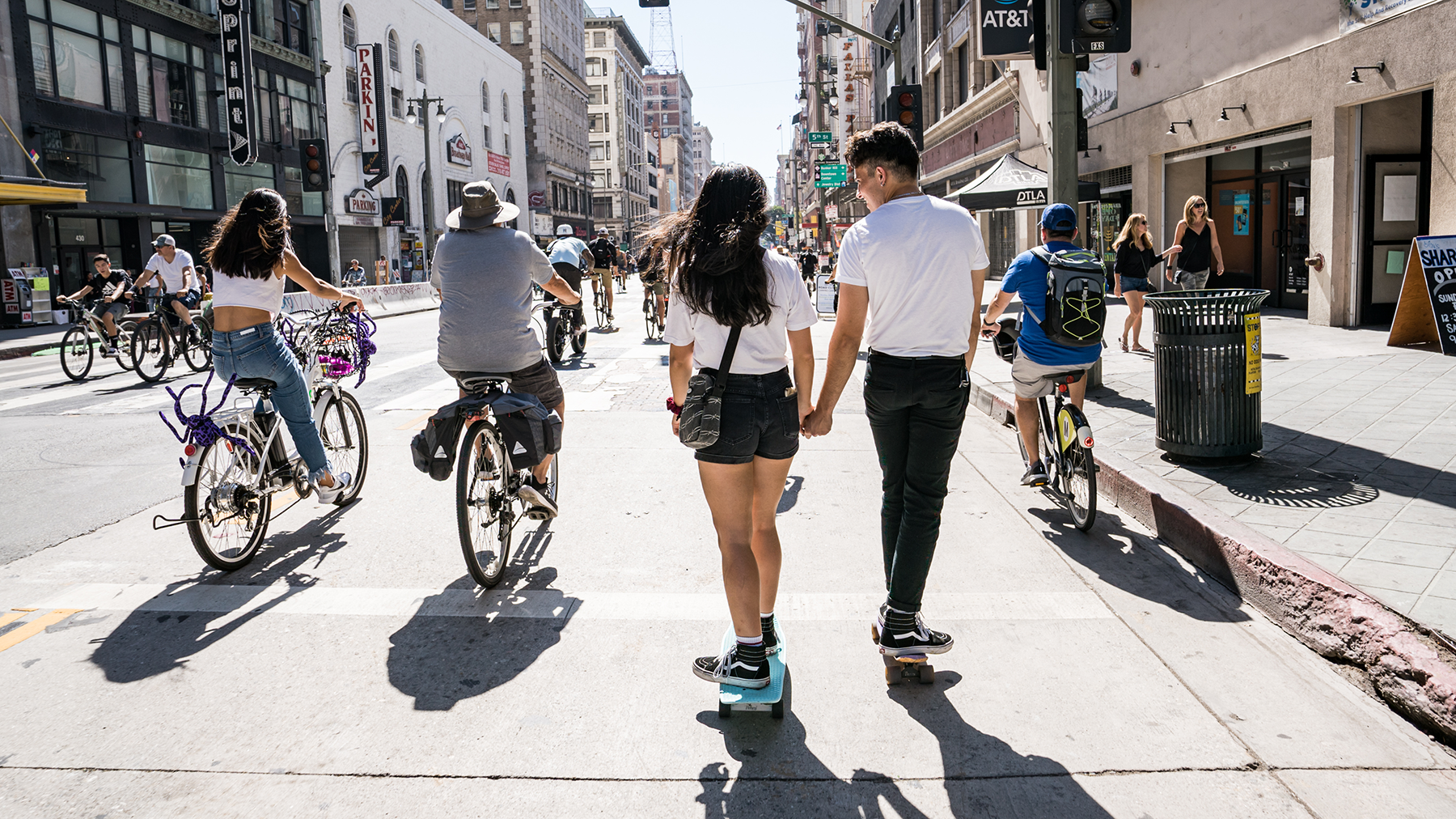