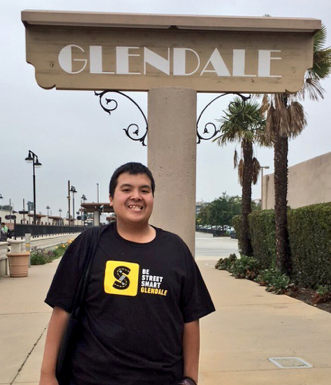 Last week, I went to Glendale with Gabe to meet with a superstar in the active transportation field: seventeen year old Kenny U., from Glendale, California. You see, I've wanted to meet Kenny for quite sometime now. About a year ago, a new player in the active transportation social media scene emerged. @KenU092 started sharing his public transportation journeys, and being the first to like and retweet my social media posts. Since then, he’s become one of CicLAvia’s biggest social media fans and supporters. Kenny was super excited that CicLAvia was coming to Glendale, his hometown.  So we had to meet in person to find out a little bit more about our biggest fans –and I’m glad we did. We met at the beautiful Glendale Transportation Center, and chatted about his passion for public transport, CicLAvia coming to Glendale, and guava cheese pastries.

Kenny's passion for all things transportation was as infectious as the big smile he wore when we greeted each other. I asked to meet at his favorite place in Glendale, and he chose, of course, the Transportation Center in Glendale. Since I'm an Atwater Village resident, I knew about this gem, but not much of its history. Google told me more: The Historic Glendale Transportation Center (GTC) was dedicated to former Glendale Mayor Larry Zarian and it serves both Amtrak and Metrolink trains. No wonder it's the Metro Kid's favorite place in the Jewel City. 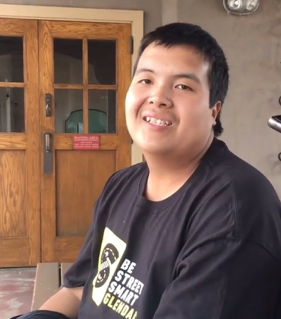 Oh yeah, that's Kenny's nickname. His sister coined the phrase long ago, and at 17 years old, the name has stuck. Kenny doesn't drive: he takes public transportation all over LA to explore things.  He grew up with a public transportation ethic and it has shaped the way he sees and feels about his city and the region where he lives.  He’s becoming the new generation of transit users in LA, one that influences his peers and is helping to building a city where sustainable transportation options thrive.

"Public transportation is a great way to get from one place to another in Los Angeles, as well as other cities. Because you don’t have to use a car, you don’t have to worry about traffic or gas or parking. You can just sit back, relax, and let the bus operator or train operator take you to where you need to go."

CicLAvia is coming to Kenny's hometown of Glendale this Sunday, June 11th.  It will be the 21st CicLAvia event since 2010.  Kenny is excited about “traveling through downtown Glendale without using the bus” and having the streets open for pedestrians.  He’s an avid social media user, and plans on telling his friends to come out to explore Glendale and Atwater Village in a whole new way.  He shared one of his favorite tips for the Glendale visitor: a visit to Brand Park. “It’s up near the Verdugo Mountains.  It’s really pretty. It’s an art center/library, and there’s a Japanese tea garden. It’s really tranquil.” 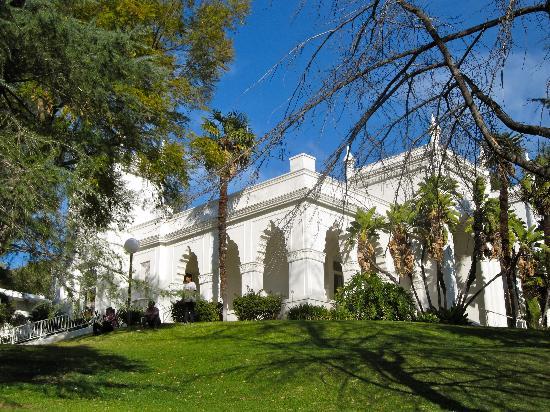 When CicLAvia started in 2010, Kenny was only about 10 years old.  It’s hard to imagine that CicLAvia will be having its 21st event on June 11th.  Time flies by, and sometimes it feels too fast.  But every now and again, we are reminded by folks like Kenny who appreciates CicLAvia’s pace - slow, deliberate, and spirited - to take time to stop and rediscover our city.  See you on June 11th.