Get Inspired on an "Awe Walk" 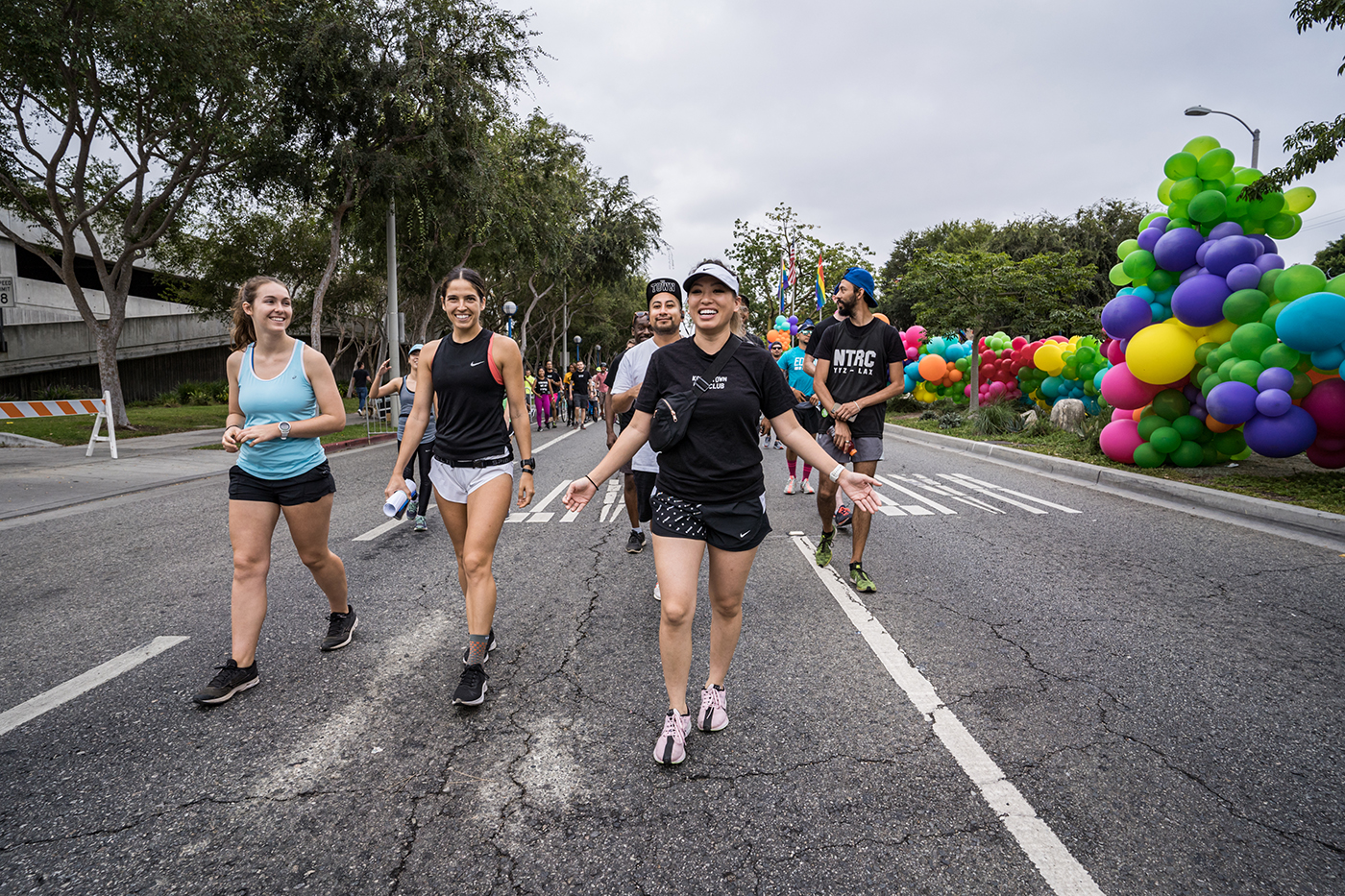 There is a lot of evidence that exercise, like walking, can improve our moods. But a new psychological study takes the learnings a little bit deeper.

"Consciously watching for small wonders in the world around you during an otherwise ordinary walk could amplify the mental health benefits of the stroll," the study reports. These are colloquially known as "awe walks."

Gretchen Reynolds, writing in the New York Times, reports on some more details:

In the study, people who took a fresh look at the objects, moments and vistas that surrounded them during brief, weekly walks felt more upbeat and hopeful in general than walkers who did not. The findings are subjective but indicate that awe walks could be a simple way to combat malaise and worry. They also underscore that how we think and feel during exercise can alter how the exercise alters us.

Past studies have linked increased physical activity to greater happiness and reduced risks for anxiety, depression and other mental ills.

Feeling a sense of awe also seems to up our overall feelings of gladness and improve health. A somewhat nebulous emotion, awe generally is defined as the sense that you are in the presence of something larger and more consequential than yourself and that this something is mysterious and ineffable. In past studies, people who reported feeling awe also tended to have less emotional stress and lower levels of substances related to body-wide inflammation.

Read the full article on the New York Times website. 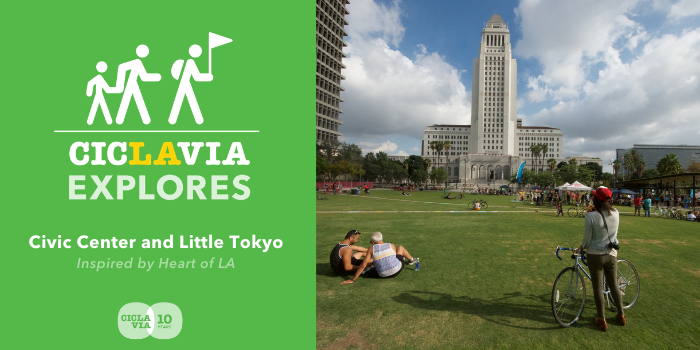 CicLAvia Explores is a great way to take a few "awe walks" throughout Los Angeles. Each route is meant to be travelled using only people power - walk, jog, or roll and really take the time to experience and enjoy the unique sights and sounds around you.

Each guide features 6-10 sights you can visit along a short route in each neighborhood. Take a look at some of our routes! 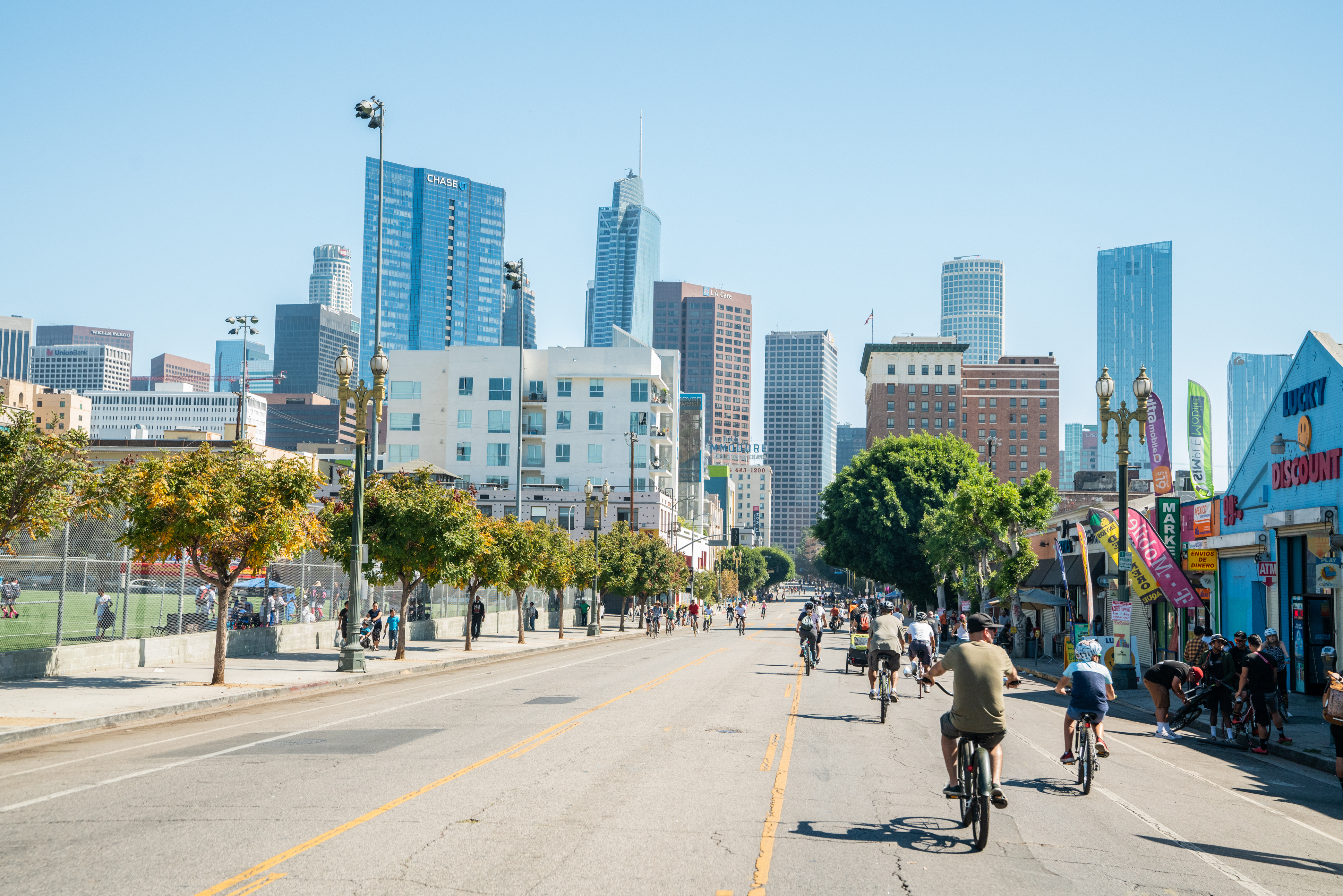 Our city's bike infrastructure is creating more opportunities to slow down and experience the sights. And not just in bike lanes, but all across Los Angeles.

Adding bike lanes to urban streets can increase the number of cyclists across an entire city, not just on the streets with new bike lanes, according to a new study. The finding adds to a growing body of research indicating that investments in cycling infrastructure can encourage more people to commute by bike, which helps reduce greenhouse gas emissions and improve health.

“It’s the first piece of evidence we have trying to, at a larger scale, link the bikeway infrastructure — these pop-up bike lanes and things that were built — to cycling levels during Covid,” said Ralph Buehler, chairman of urban affairs and planning in the School of Public and International Affairs at Virginia Tech, who was not involved in the study.

The research, published online Monday in the Proceedings of the National Academy of Sciences, found that in cities where bike infrastructure was added, cycling had increased up to 48 percent more than in cities that did not add bike lanes.

Read the full article in the New York Times.

Help us get back to the streets – whether walking, biking, skating, or dancing – by joining us as a CicLAvia Street Star! Make a monthly donation to show your support for active transportation, small businesses, open streets, and good health, and we'll send you gifts!