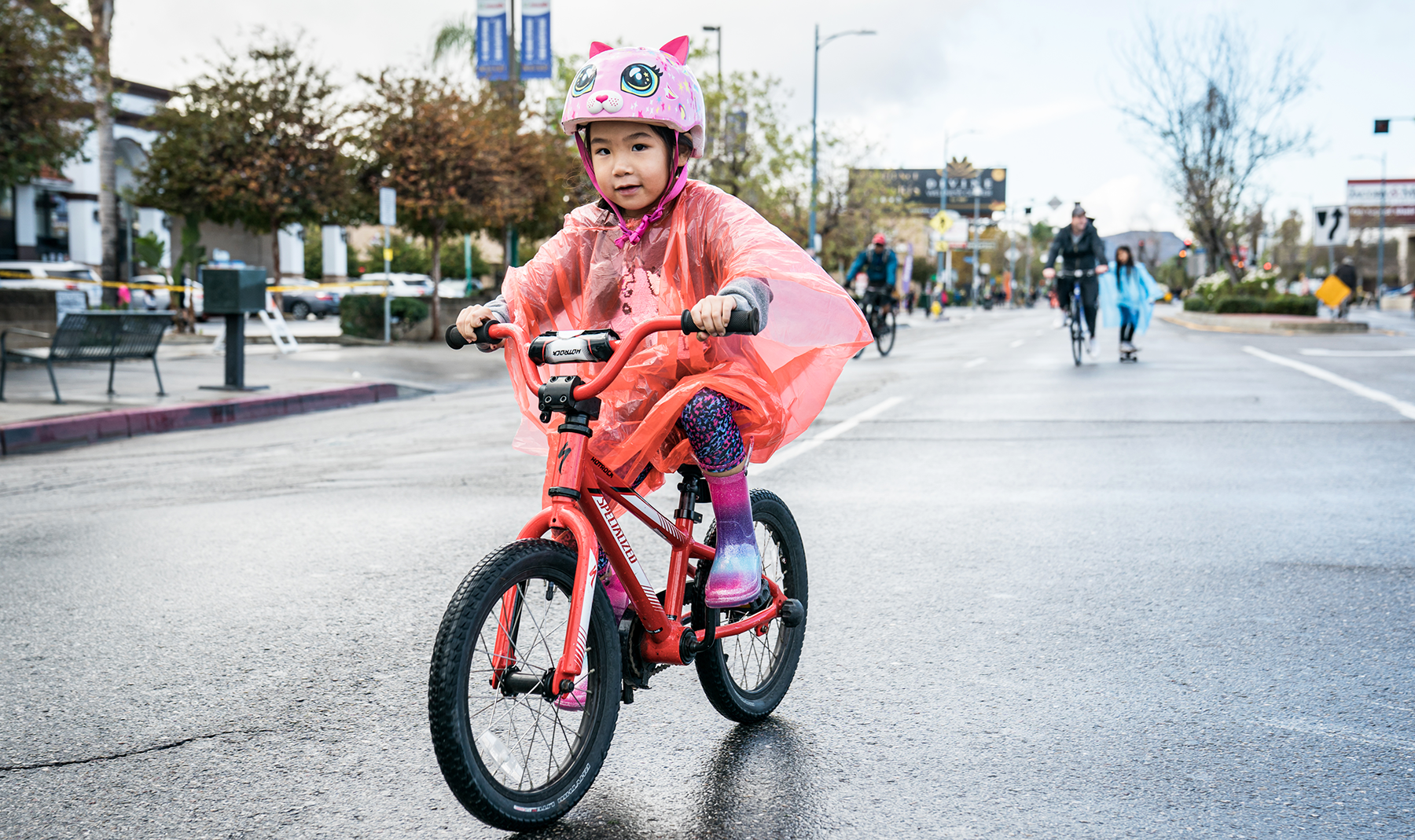 CicLAvians took to Sherman Way on Sunday, December 8, for an open streets event that was both rain *and* shine.

Five miles of Sherman Way, through the neighborhoods of Canoga Park, Winnetka and Reseda, was aglow – and not just from puddles. We saw first-time cyclists, families walking together, runners 're-fueling' at food trucks, and people playing in the open streets. 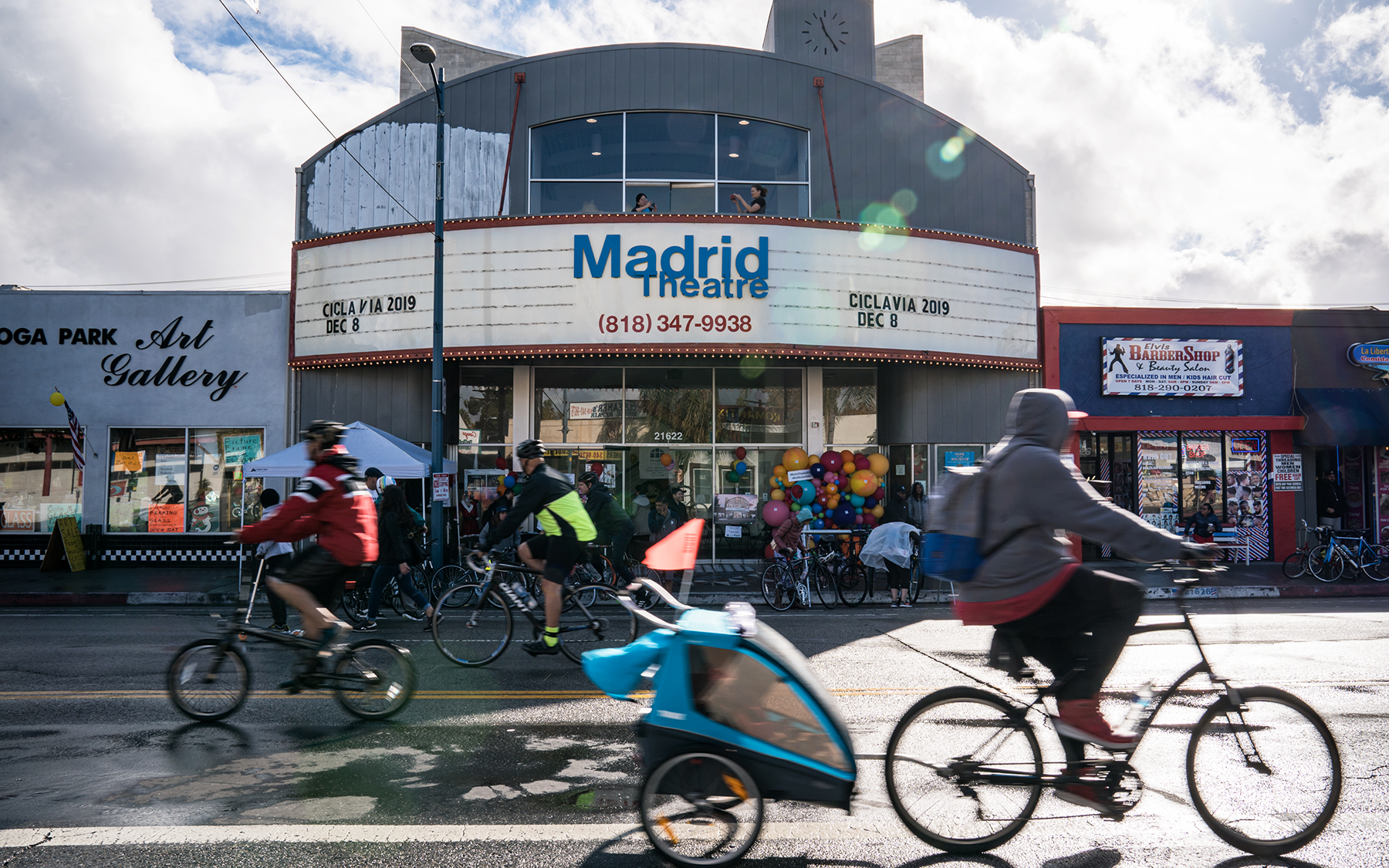 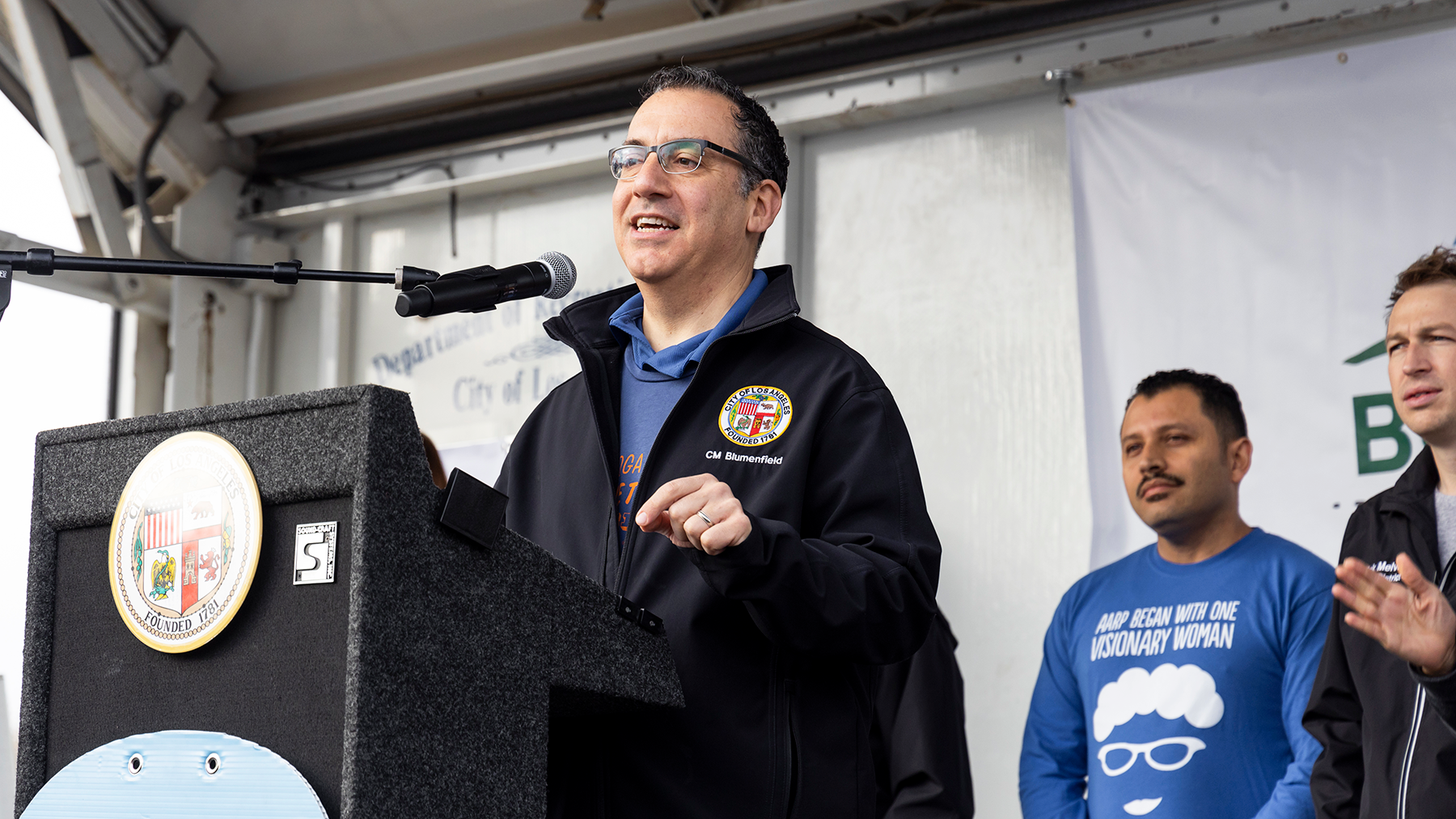 Participants experienced the streets in a totally new way. Visitors, first-timers, and even people who have lived in these neighborhoods for years discovered things they had overlooked when driving by - from stores and shops to restaurants and street art.

This stretch of the Valley is undergoing an economic revitalization, Councilmember Bob Blumenfield announced at the morning’s press conference. The Madrid Theatre is a big symbol of the cultural initiatives taking place along the route: it is currently in the process of being completely restored as a new arts epicenter in Canoga Park. Sherman Way itself will be designated a Los Angeles “Great Street,” with new developments and activities sprouting up along it.

Councilman Blumenfield, the LA Department of Transportation and the City of LA were themselves huge assets in bringing this CicLAvia to life. 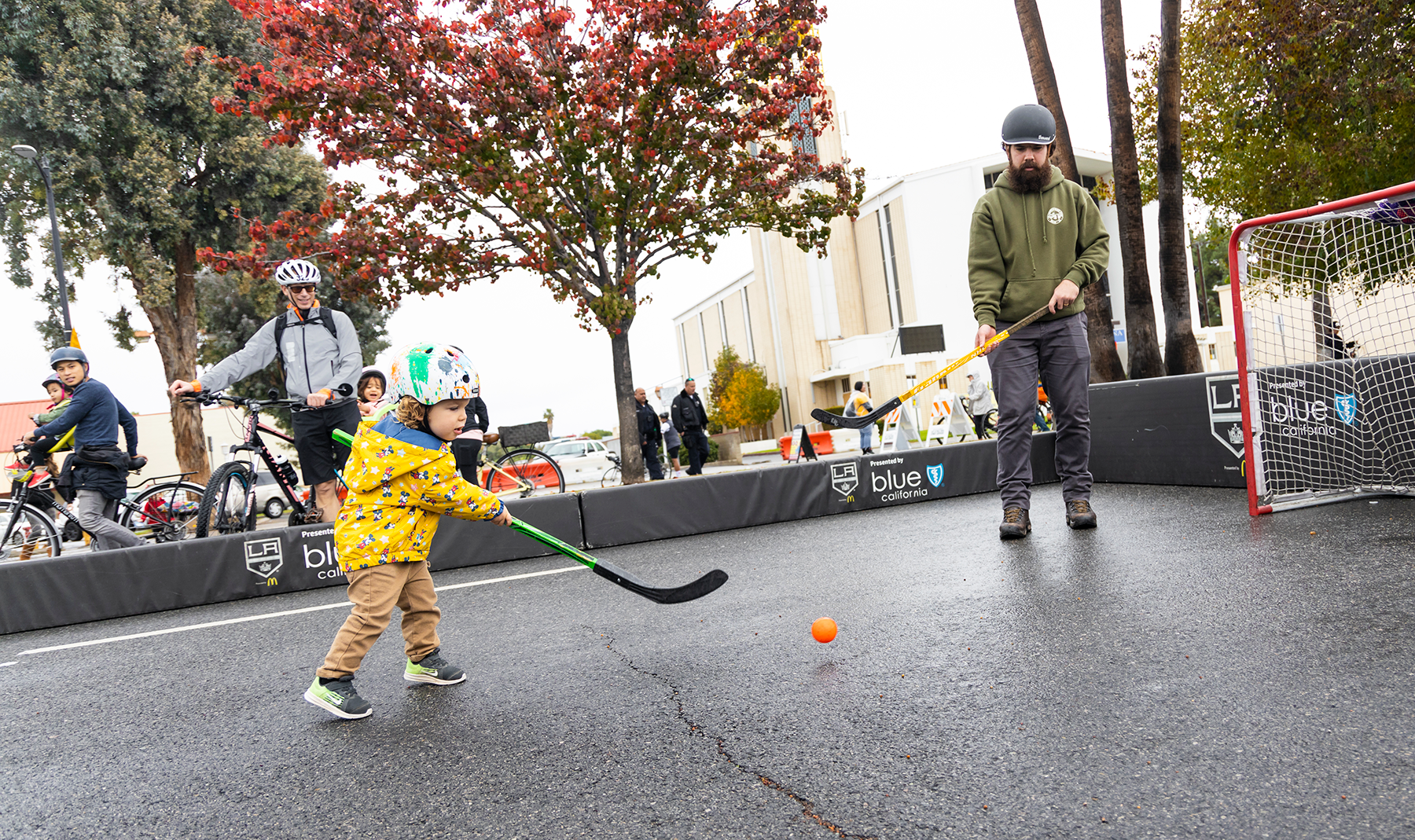 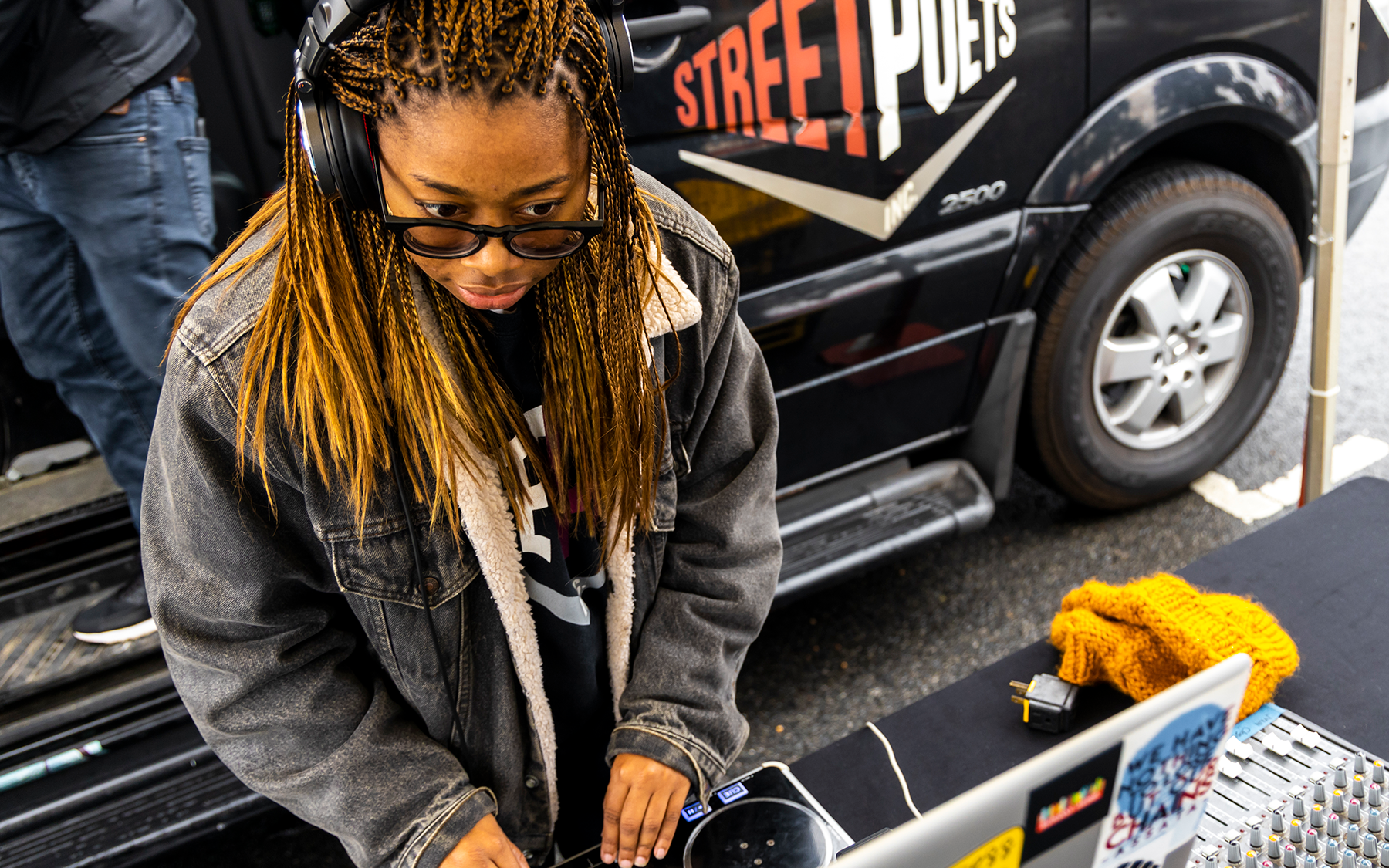 Hockey clinics with the LA Kings, performances from Street Poets and local musicians, games and rides with AARP, swag from REI,books from the LA Public Library, photo ops with the Cirque du Soleil Volta team and free helmets from the West Valley Highway Patrol – there was no shortage of activities at the Hubs.

Even after 34 events, it still surprises us how full of life our streets can become when cars take a day off. 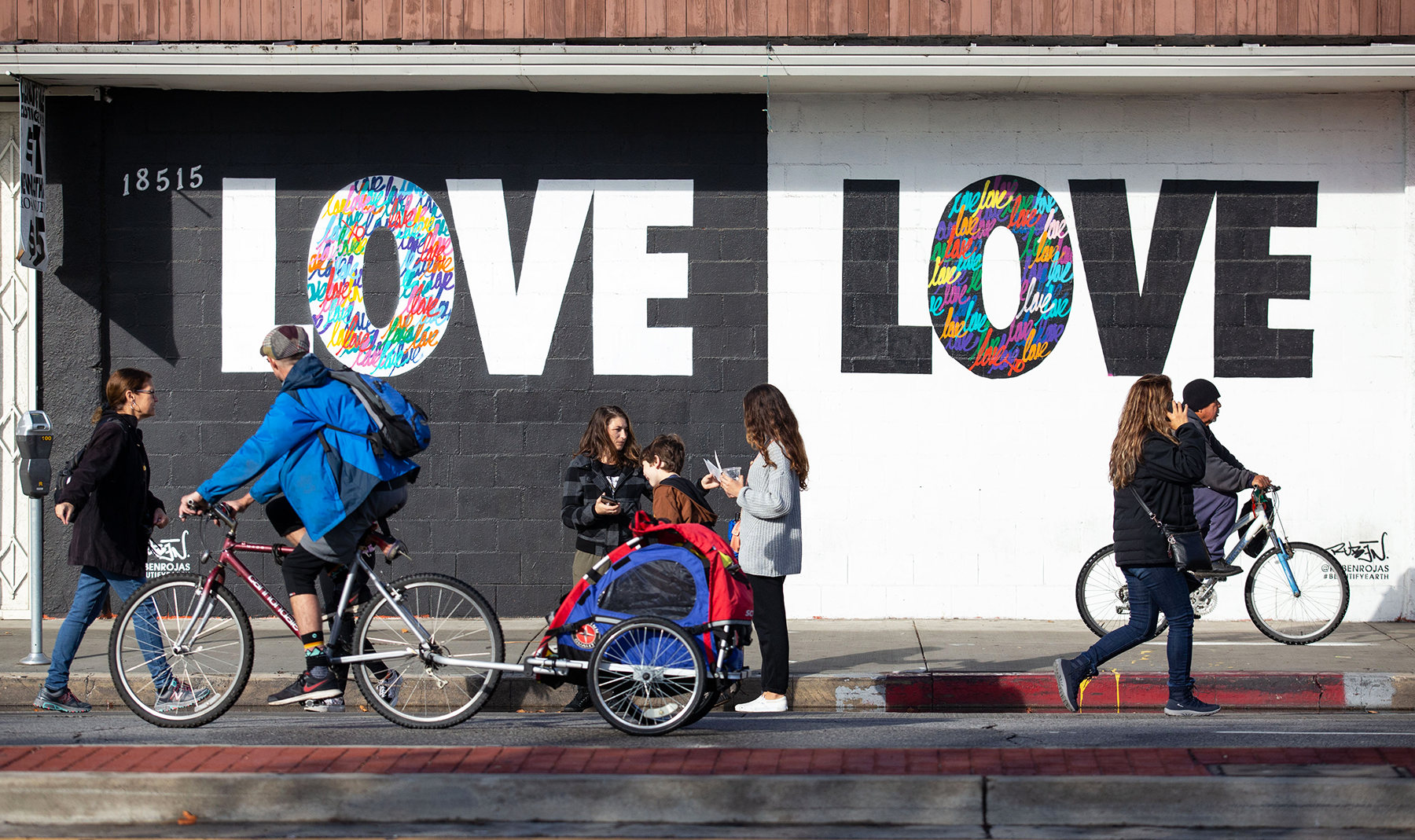 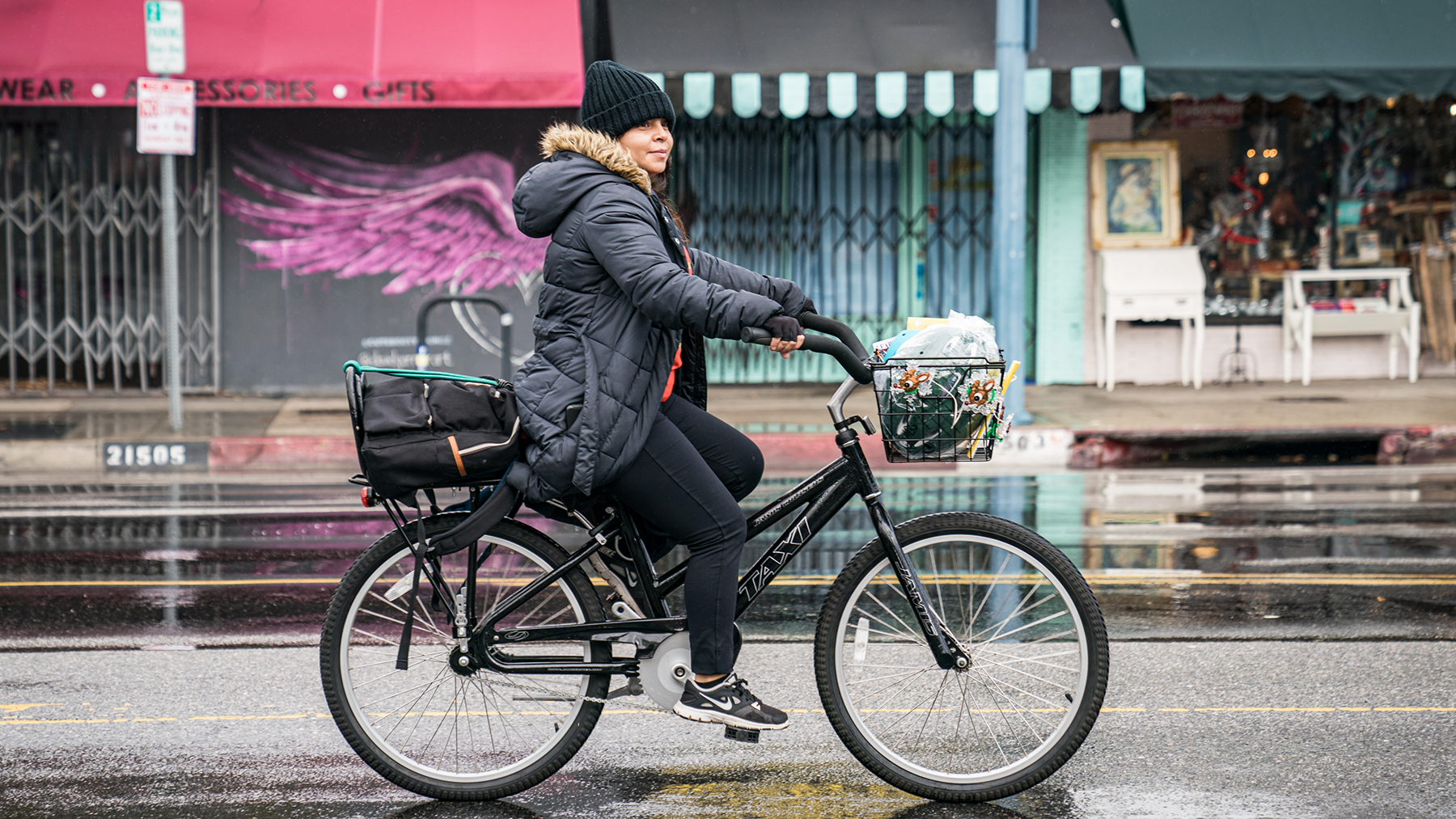 You can find street art all across Los Angeles County, if you slow down and look for it. Cyclists, pedestrians, runners, and skaters stopped to get photos with a few murals. Some even posed with them without realizing it. 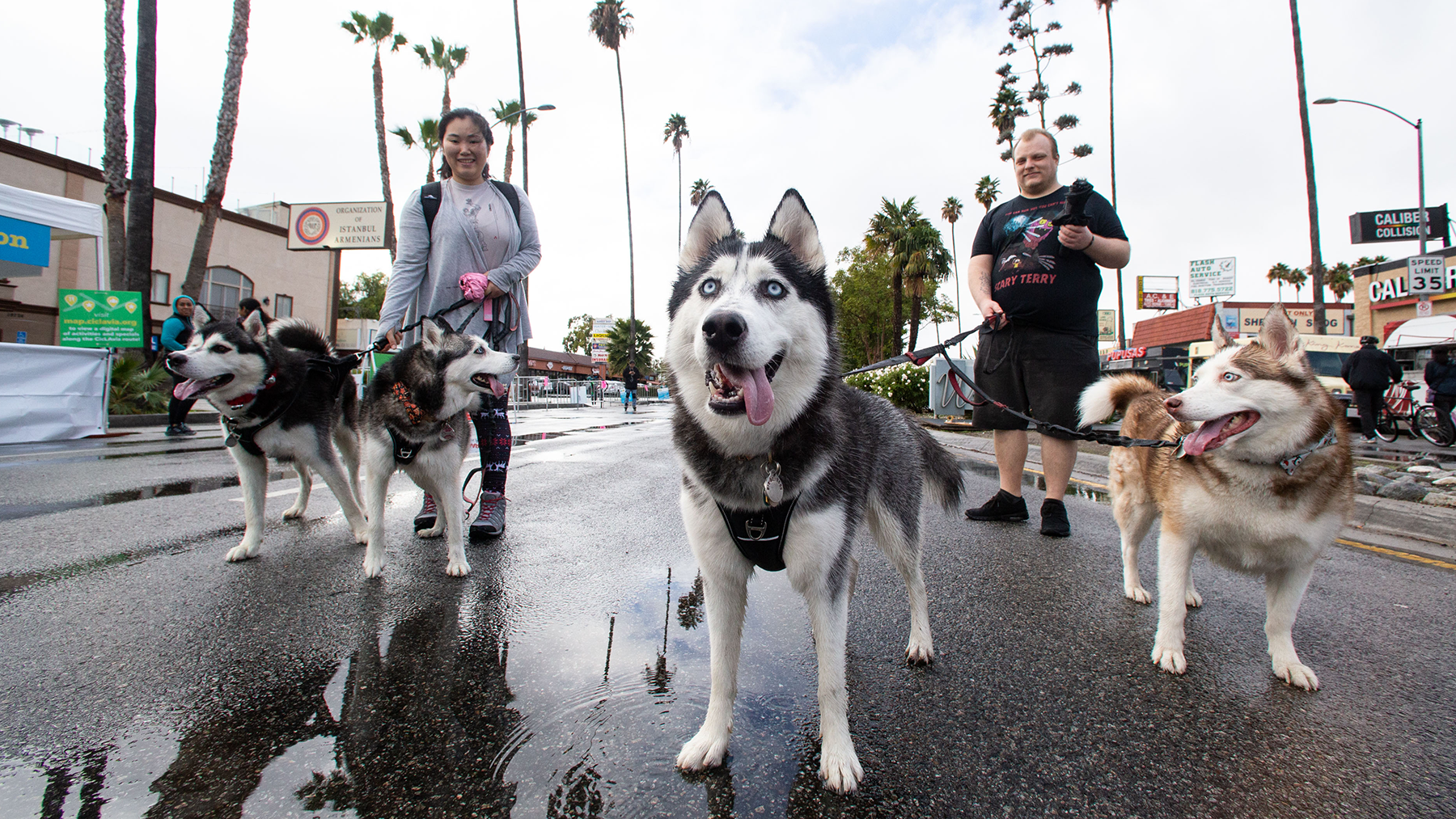 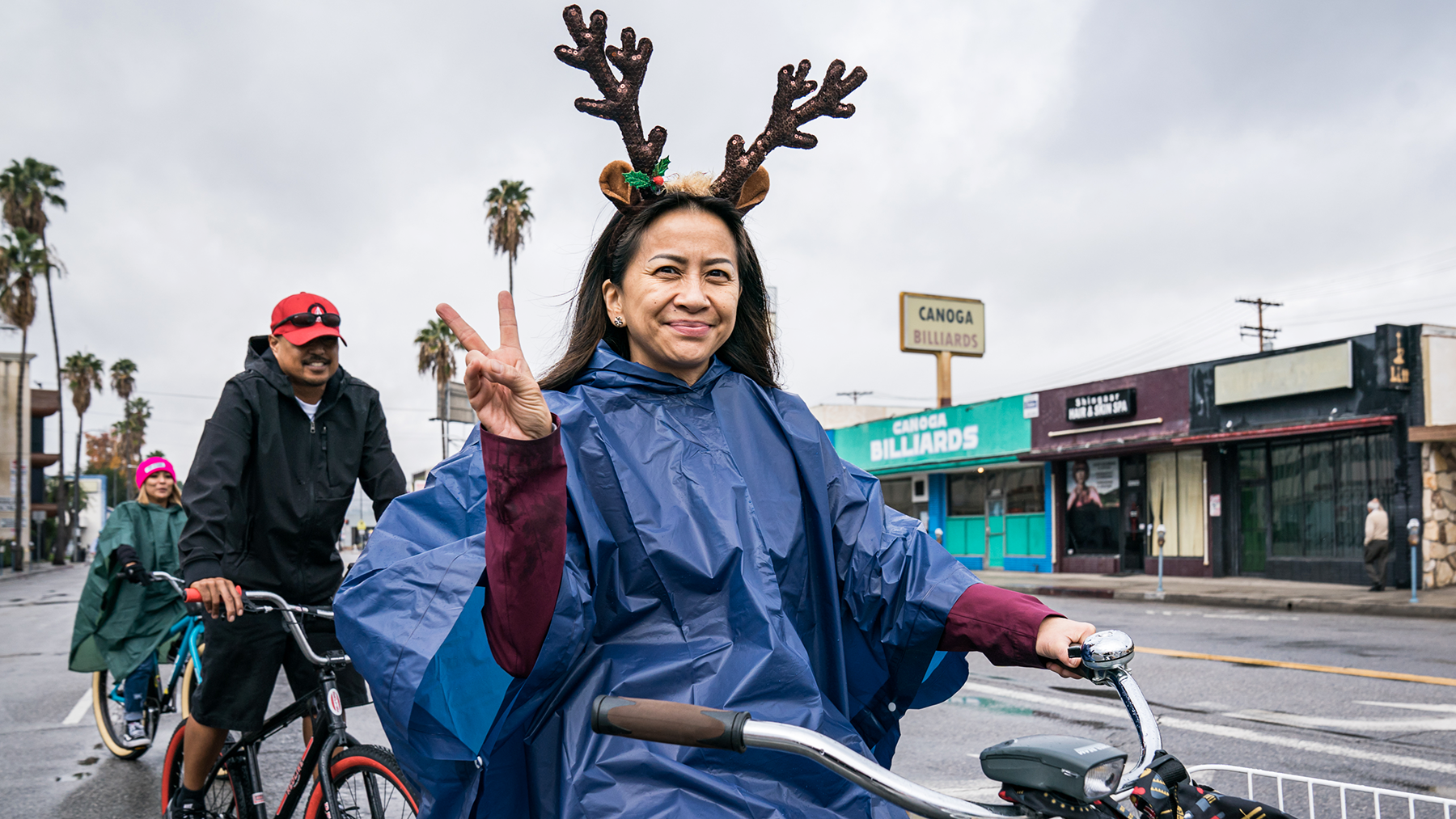 After this final route of 2019, we’re reflecting on what a big year it’s been. Across six routes, in dozens of communities throughout LA, hundreds of thousands of people experienced the joy of being together at CicLAvia. Thanks to organizations like Metro Los Angeles and the City of LA, we've reached more people than ever before.

Our 34th event felt as fresh and unique as our first (almost ten years ago). When people join us on the route, they bring the enthusiasm and joy that makes these Sundays really pop.

We’re opening streets in South Los Angeles on February 23, 2020, and the map will be announced soon - if you're not on our email list, sign up now to be among the first to get each new map. Until then, we rely on your support to make every event a memorable one. Join our community of supporters and help CicLAvia thrive! 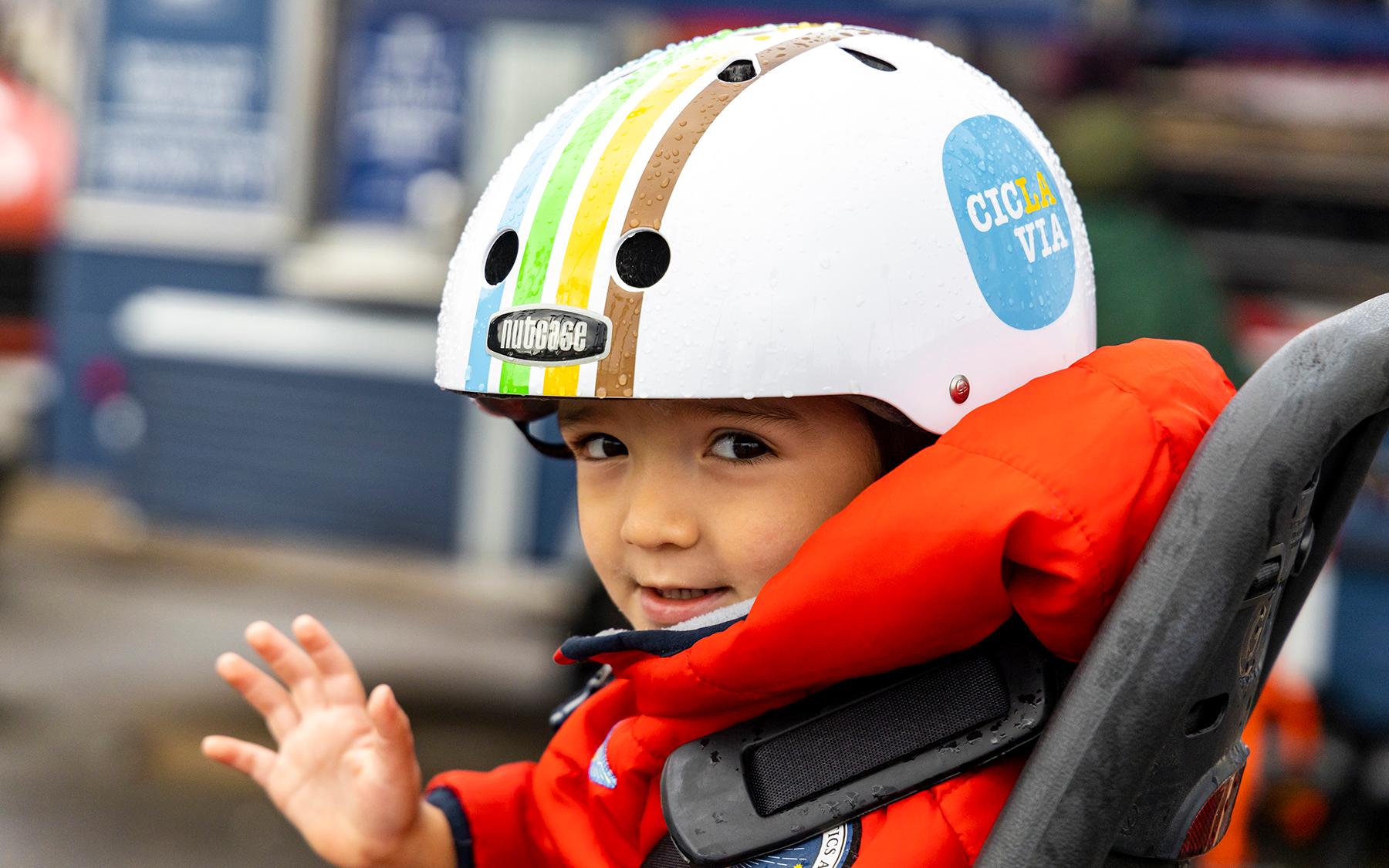