I took a walk over to the Alex Theatre on Brand Blvd in Glendale this morning. I wanted to take a closer look at one of the neighborhood’s landmarks, and I’m glad I did. The theatre’s exterior is absolutely stunning, and the feeling of film history as you stand in the courtyard was inspiring. As a film and history buff since my teenage years, I can’t wait to have this historic landmark as the backdrop of the upcoming CicLAvia.

If there’s a vernacular to describe the design, it would be neo-Greek & Egyptian, according to the theatre’s wiki page. I’m not an expert in architecture, but you don’t have to be to appreciate how this place makes you feel. The bold columns which line the front of the theatre lead up to spectacular greek designs above. Looking down, beautiful tile lines the entryway - it’s so cool to stand in the middle of artwork. I couldn’t help but feel nostalgic, and the film history buff in me started to bubble up. 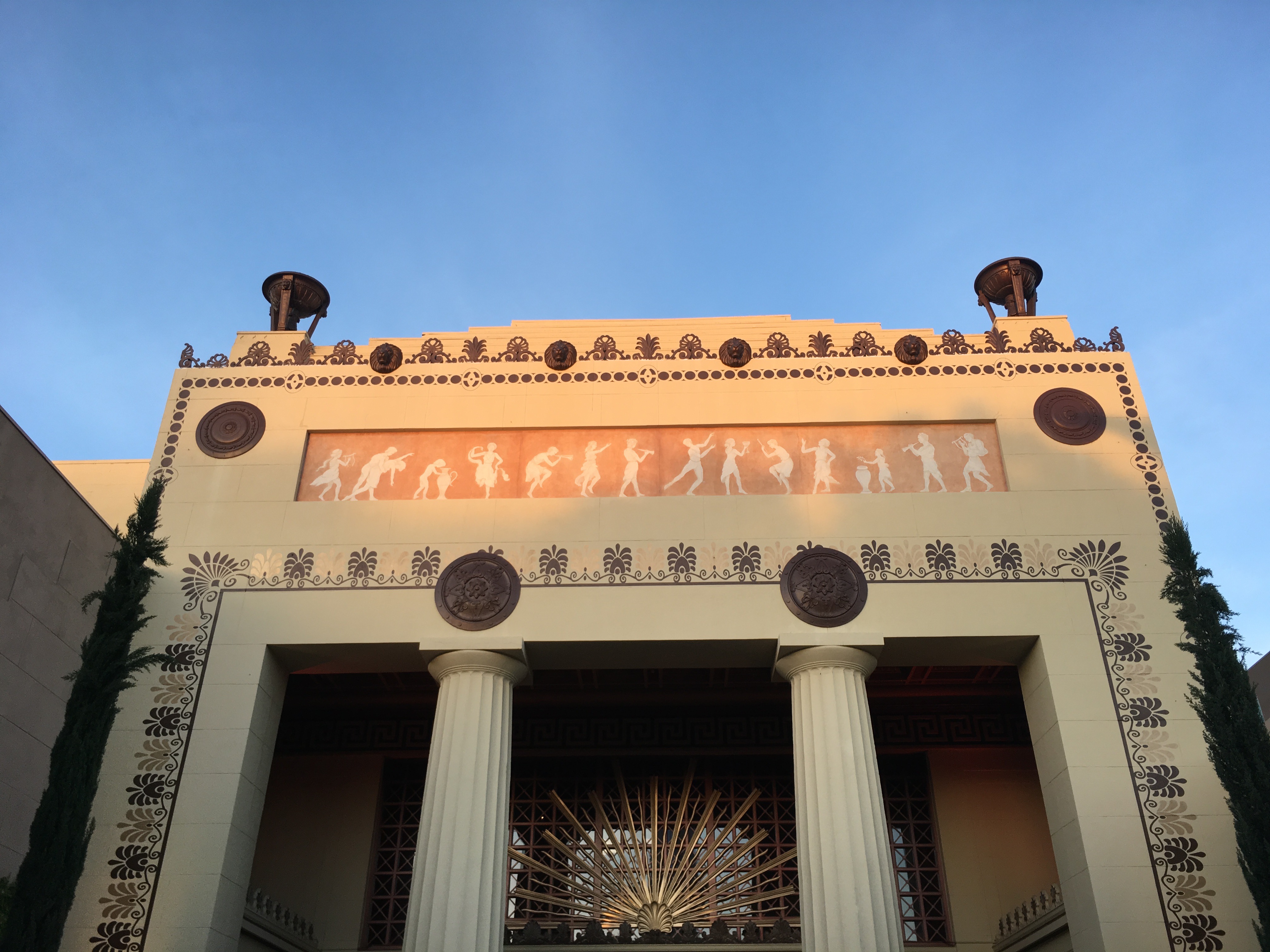 By the time I reached high school, I had become a full-blown film and history nerd, combining my love for the past with my love for the past as recorded on film. I even studied Film & Media Studies and History in college.  So this morning’s visit to the Alex Theatre made me want to stay much longer, hang out, and catch a flick. But it’s CIcLAvia week and there’s lots of work to be done! 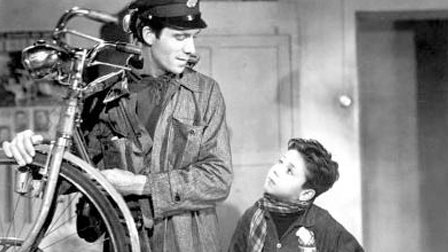 A still from The Bicycle Thief, one of my favorite films.

When the Alex Theatre opened in 1925, The Alexander (as it was then known) was a vaudeville and silent movie house with a single screen. In 1940, theatre architect S. Charles Lee redesigned the exterior of the theatre, adding a 100-foot-tall column in the art deco style. The column has neon lights and is topped by a spiked, neon globe to resemble a starburst. The sign also reads “The Alex,” a shortened version of the original name in order to fit the larger letters. 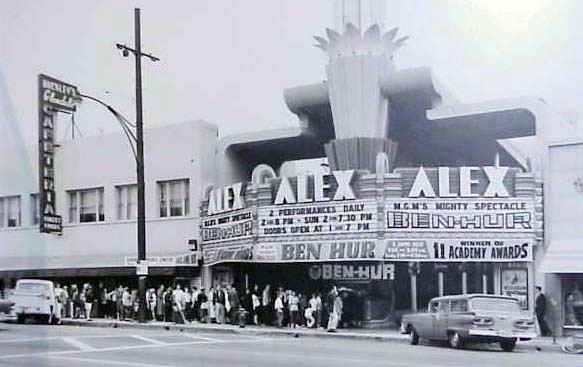 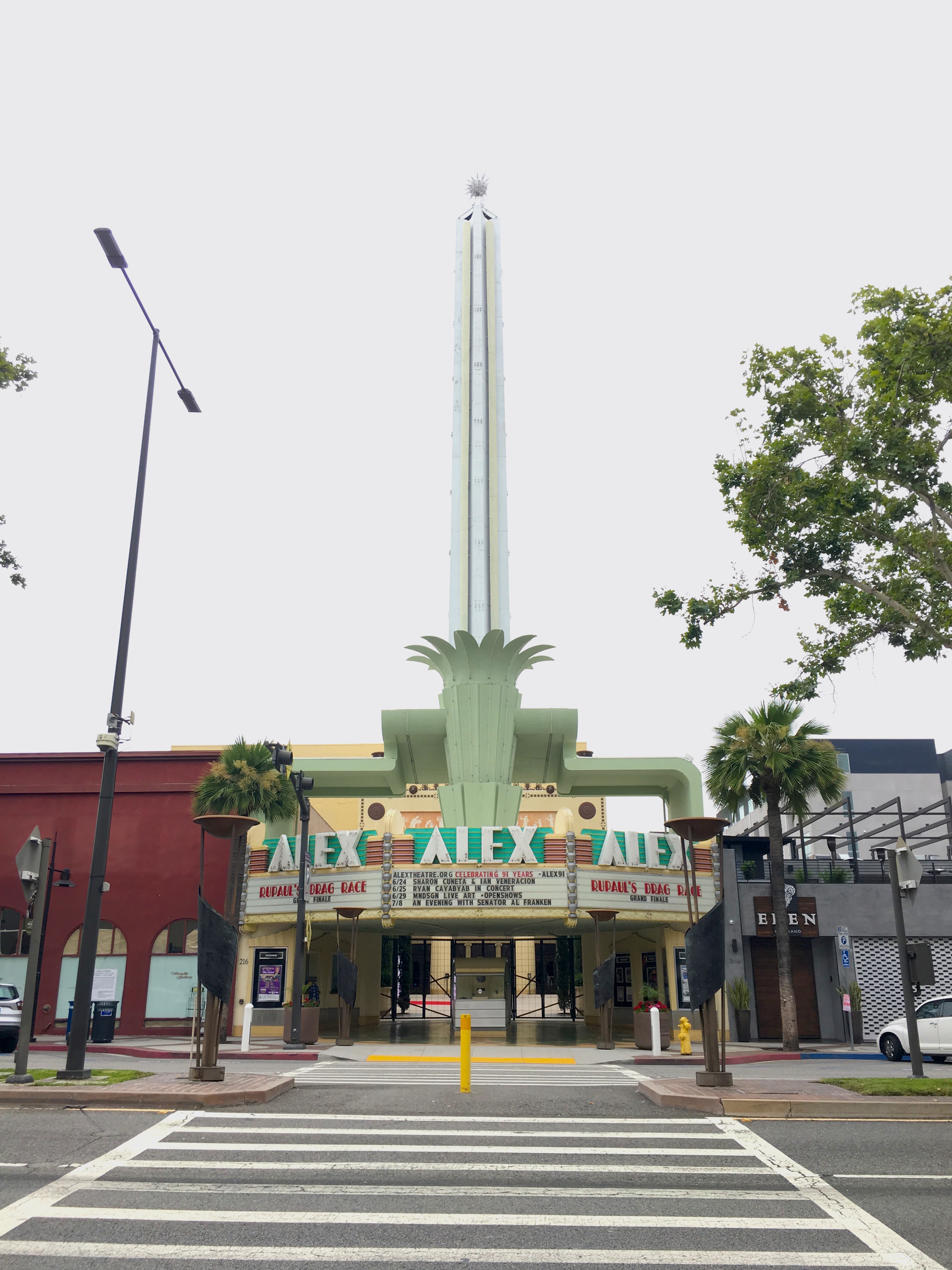 One of my favorite parts of the theatre is the old school box office and tile floor under the marquee. It makes me feel like I’m a time traveler! 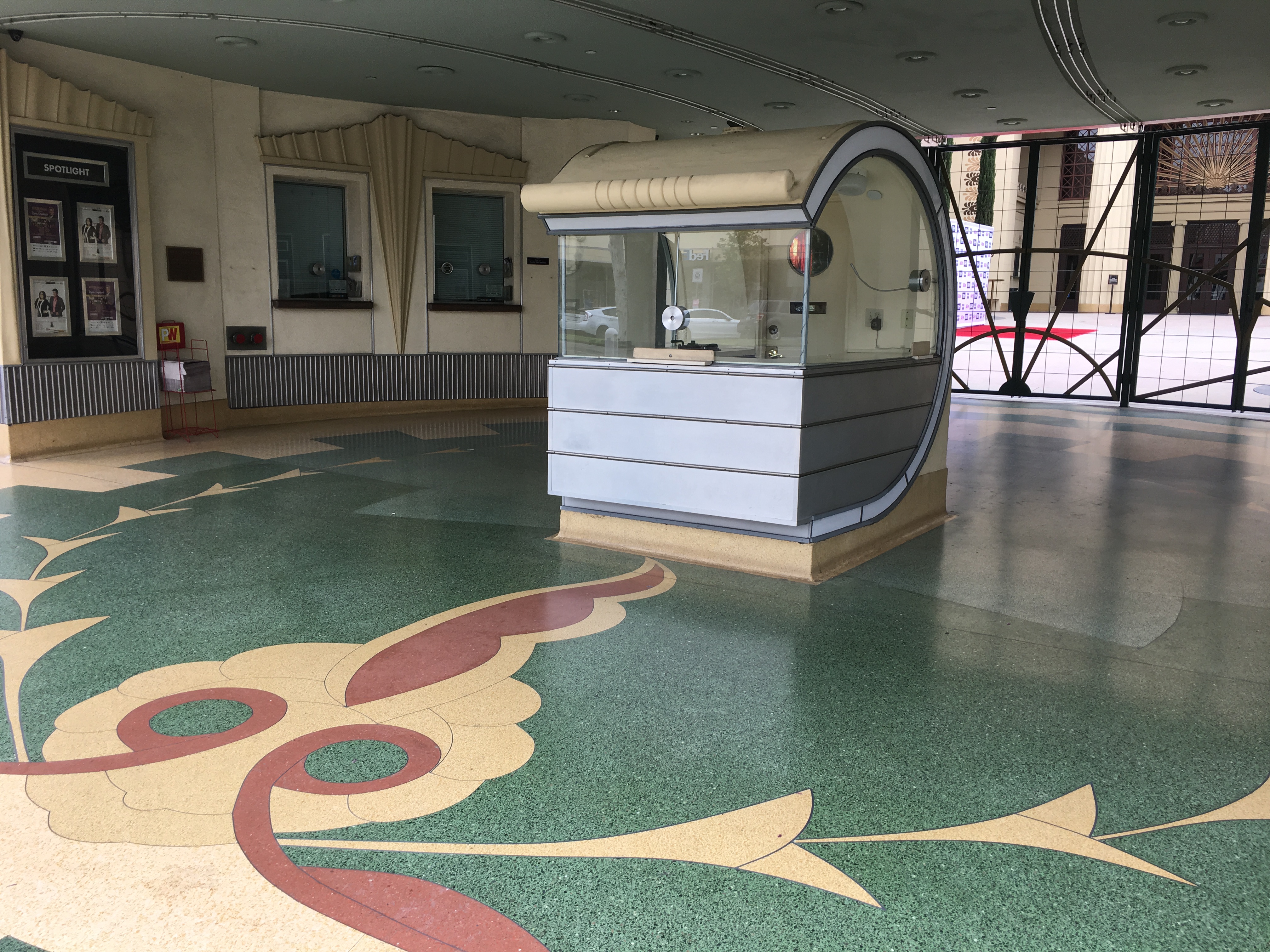 This Sunday, June 11, we’re going to be kicking off the 21st CicLAvia at 8:30 am outside of the Alex Theatre. Come join us and celebrate the CicLAvia.  We hope you’ll join us and check out this historic spot for yourself! Plus, stop by throughout the day for entertainment organized by Glendale Arts! See everyone on the streets this Sunday!