Love is a word we hear a lot at CicLAvia. People love the freedom of car-free streets. They love the neighborhoods they've never visited. Sights, sounds, aromas and adventures: all loved. But, as we look back at our eighth CicLAvia on October 6, 2013 as part of the countdown to our 15th event on October 18, we find a different, deeper love. The kind of love that comes but once in a lifetime.

Aaron Van Wagner loved bikes and loved LA. So, when it came time to ask Kayt Patee out for their second date, he thought he would dazzle his sparkling new lady friend with this new thing called, "CicLAvia." On April 10, 2011, after days spent fixing up an old bike for Kayt to ride, the couple set forth on a new adventure.

“It made me feel kind of macho,” Aaron laughed at the memory of prepping a bike for a woman he barely knew.

For Kayt, a car-free date on the town with tens of thousands of other people was innovative and fun, and having their CicLAvia date eased some of the nerves that can happen when adults are getting to know each other. 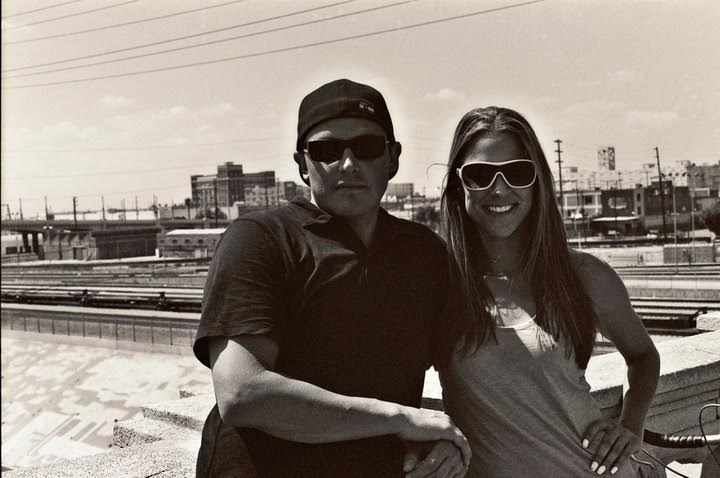 “It was nostalgic,” Kayt said. “It made me feel like a kid, with the wind in my hair.”

Their joy for CicLAvia and excitement for each other is seen in their first-ever photo as a couple.

Aaron’s enthusiasm for CicLAvia hooked Kayt, and while his affection for her was cemented, his love for CicLAvia carried over to inspiring friends to join an ever-increasing group ride for each subsequent CicLAvia they attended.

“CicLAvia gives you a feeling that unless you do it, you never know how incredible it is,” Aaron said.

Jump forward two and a half years to the October 6, 2013 CicLAvia.  The couple found themselves back on the same CicLAvia route that started their courtship, with a special bonus passenger – Kayt was pregnant.

Perhaps it was the little child inside of her that distracted Kayt, but she wasn’t fully clued into Aaron’s intentions that day when they pulled over on the 4th Street bridge, the site of their first photo together, overlooking Downtown LA and the LA River.

“CicLAvia was such an important part of our lives, when I thought of asking her to marry me, I knew it had to be the same place,” Aaron said of his plan to get down on a knee atop the bridge. “I wasn’t super nervous.”

“Yeah you were!” Kayt laughed. “He said a bunch of stuff I don’t remember. People were whizzing by, ringing bells, screaming, stopping to congratulate us.” 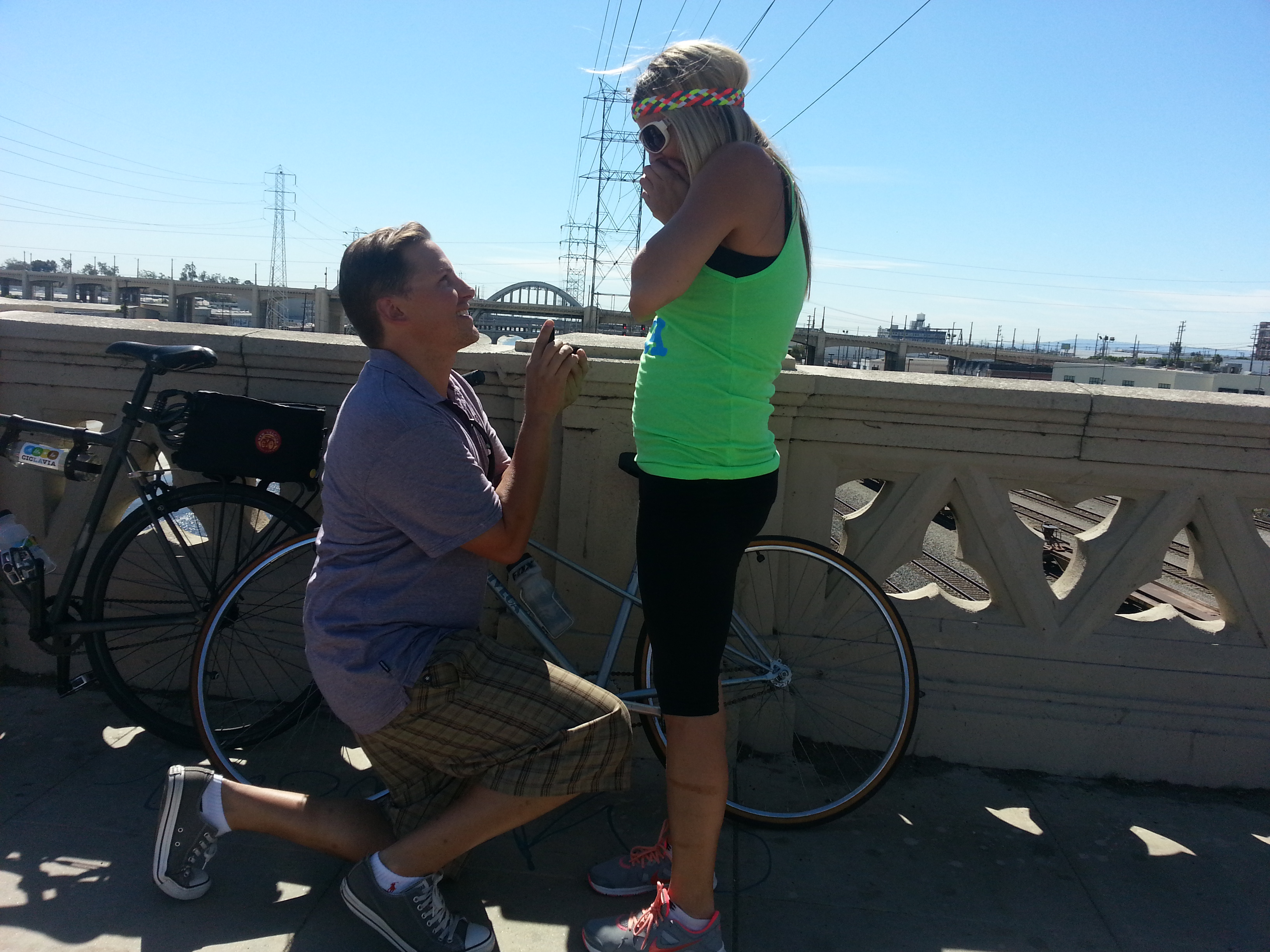 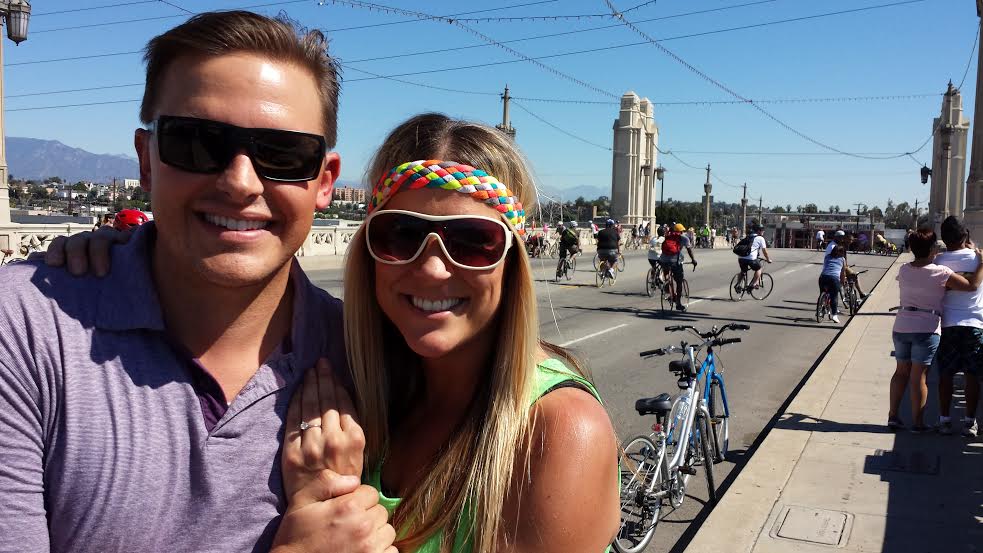 CicLAvia reposted a photo of their engagement on our Facebook page which generated hundreds of "likes." Their families also liked how the romantic engagement plan unfolded. In fact, the CicLAvia theme carried through to their wedding, which featured bike bells for guests to ring out their congratulations.

This October 18, the 15th CicLAvia coincidentally and fittingly marks Aaron and Kayt's first wedding anniversary. And, their little son, Liam, will participate in his third CicLAvia. Like his parents, the bundle of blonde energy is already a CicLAvia enthusiast.

“One of his first few words was, ‘bike,’” Aaron recalled.

Aaron and Kayt think CicLAvia is an ideal way for a couple to spend time together, whether they’re just starting to get to know each other or if they want to share quality time together in the midst of the daily demands that fall upon long-time relationships.

“Having a date at CicLAvia feels like team work,” Aaron mused. “You’re accomplishing something together.” 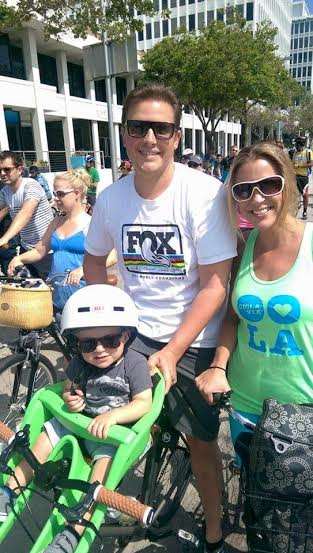 “You have to go to the same place,” Kayt added. “You can’t leave your partner in the dust.”

So, a big CicLAvia congratulations to Aaron and Kayt (and little Liam). May the path CicLAvia opened up for you continue to take you through a lifetime of happiness.

We have less than a week until our 15th CicLAvia event! If you’d like to see some of our other posts in our countdown to October 18, check these out:

Community anniversary
Do you like this post?
CicLAvia Stories
Local Gems: Enjoy South LA
CivSalons with AARP Los Angeles
In South LA, a View to the Future
CicLAvia Store